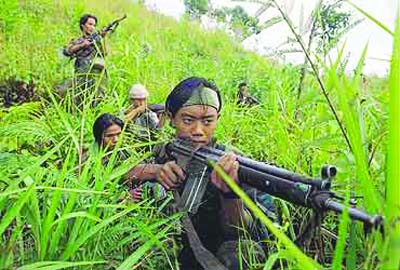 Years after entering into a ceasefire agreement with the Central Government, Naga militant outfit National Socialist Council of Nagaland (NSCN-IM) is now routing their arms and ammunition to their brothers-in-arms in Meghalaya — Garo National liberation Army (GNlA).

The IGP, on Saturday, said that 15 sophisticated weapons, including AK 56 and HK rifles, bound for Meghalaya-based Garo militant outfit, have been recovered by the Assam Police in the last one-and-half years and interestingly most of them belonged to the NSCN-IM.

“These arms and ammunition belong to the NSCN-IM and they are sent to the GNlA militants. There have been large-scale extortions and abductions by the GNlA militants in Meghalaya’s Garo Hills region and also in parts of Assam that borders the area,” Bishnoi said.

The IGP also revealed that over 2,000 rounds of live ammunition have been recovered and 27 GNlA cadres have been nabbed by the Assam Police in the last one-and-half years. “Most of the ammunition belongs to NSCN-IM militants,” he said. “These are all second-hand weapons formerly owned by NSCN-IM,” he added.