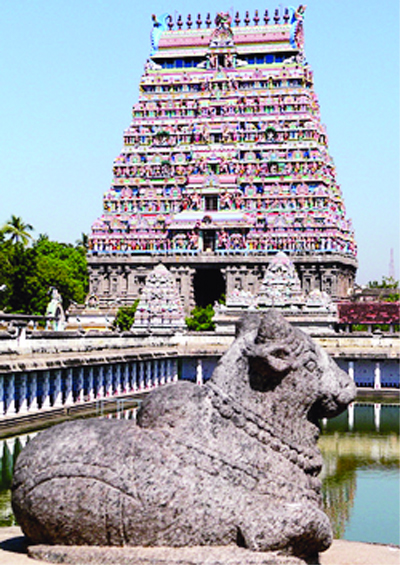 In a judgement that could, in the long run, pave the way for a new era in the administration of temples across the country, the Supreme Court on Monday removed the Tamil Nadu Government’s control over the 1,500-year-old Nataraja Temple at Chidambaram in the southern State. It also directed the appointment of an executive officer to oversee the administration of the 5th Century AD temple.

A bench of justices BS Chauhan and S Bobde set aside the order of the Madras High Court, which had in 2009 transferred the administration of the temple to the State Government. The apex court passed the order on appeals filed by the temple’s priests and BJP leader Subramanian Swamy.

“The SC judgement will free more than 45,000 Hindu temples from the shackles of the Tamil Nadu Government and they would go into the hands of their original owners. All landed properties owned by these temples which were taken over by politicians and bureaucrats too would have to be returned to the temple managements or trustees,” Swamy told The Pioneer.

Swamy had impleaded in the case following requests from the Pothu Dikshitars of Chidambaram, the traditional owners and trustees of the Nataraja Temple. The Pothu Dikshitars are a distinct Hindu group with a unique lifestyle and rituals. He said in addition to the 45,000 temples in Tamil Nadu, he would strive hard to liberate all Hindu temples in the country from the shackles of the Government and politicians. “The list includes the famous lord Balaji Temple at Tirupati,” he asserted.

Swamy contended that an attempt was made after Independence to bring the temple administration under State control in August 1951 but the Supreme Court had held that the Pothu had a right to administer the temple as a religious denomination. “Section 107 specifically bars the application of the Act to institutions coming under the purview of or enjoying the protection of Article 26 of the Constitution,” he had submitted in the SC referring to the provisions of Tamil Nadu Hindu Religious and Charitable Endowments Act.

He also contended that if there were allegations of misappropriation of the temple’s property then these should be dealt with under the provisions of the Indian Penal Code and not by taking over the temple administration. Venkitesha Dikshitar, the 43-year-old chief priest of the temple, heaved a sigh of relief on hearing the SC’s verdict. “This is a victory for justice and truth. Prayers of crores of Hindus in Tamil Nadu and elsewhere have been answered by God Almighty. We asked for our constitutional rights which were granted by the apex court,” Dikshitar told The Pioneer.