Tata forays into sky with Vistara

Tata forays into sky with Vistara 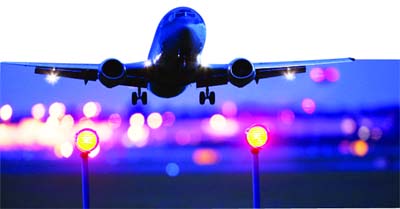 Airline in joint venture with SIA to begin op in Oct, to offer economy class tickets too

Countering speculation of being a luxury airline, ‘Vistara’ Tata Sons-Singapore International Airlines (SIA) new global joint venture that is scheduled to take off from October is likely to have an economy class, offering comparable fares.

“In all likelihood we are going to have an economy class,” Mukund Rajan, Director, Tata SIA Airlines ltd (TSAl) told The Pioneer. TSAl announced the brand name, logo and livery of the full service airline on Monday and the airline is expected to take to the skies ‘tentatively’ by October.

“We are in the last lap of the process of securing the Air Operator Permit. There are a series of approvals which we have to get to the satisfaction of the DGCA,” said Phee Teik Yeoh, CEO, TSAl. The sectors that the new airline will cover are also yet to be decided. Meanwhile, the fares would be comparable in the sector, TSAl officials claimed.

Asked about the failure of a well-known Indian full service airline in recent years, Yeoh, however, expressed optimism about the profitability of the new venture and said: “With the new BJP Government the civil aviation sector is on the cusp… as the Government has so far taken positive steps like more focus on expanding connectivity, infrastructure and airports, to ensure that the aviation sector achieves its full potential.”

He, however, said that he looked forward to the repeal of the 5/20 rule, which is expected to give a lift to the worsening financial conditions of airline operators in India.  To be headquartered in Delhi, the new airline will operate with a fleet of 20 aircraft by the end of the fifth year of operations including the A320neos and will take delivery of the first Airbus A320-200 in September.

Replying to questions on the rising competition and more so by its own venture with AirAsia — which is known for an aggressive undercutting of fare, he said: “We don’t see them significantly competing with each other.  The (Indian aviation) market is large for everyone to operate and we don’t see any significant overlap.”

The full service airline, with a 49:51 tie-up with SIA, was long speculated to be a luxury business class carrier particularly as the 5 star airline SIA is synonymous with luxury and high class flight services.

International airlines have most of the seats allocated as business categories and very few are offered as economy class. Replying to queries on the new trend with various business class fliers preferring to cut costs and flying low cost, officials said that the company was aware of market developments.

P Menon, Chairman, TSAl spoke of a survey carried out by Tata-SIA, which showed that Indian air travellers were “made to feel a cog in the wheel or just a seat number” and claimed that ‘Vistara’  airline would “change this by offering personalised services”. Asked whether they would be interested in investing in airports or other aviation infrastructure, Menon said: “We have looked at how the entire (aviation) policy has unfolded... There is going to be considerable expansion and we will play a significant role in it.”