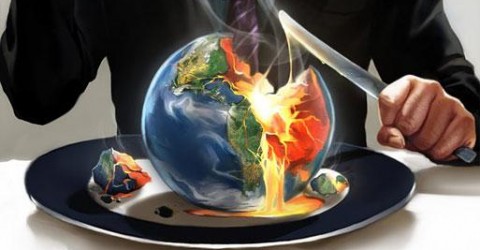 The Earth Overshoot Day observed on Monday across the globe sounded an alarm bell for humanity by revealing that mankind has already exhausted the budget of nature’s resources for the year with its ecological overspending.

From this day onwards up to the rest of the year, the world will use more resources than the planet can renew in a year. According to the Global Footprint Network, an international research organisation, this means that the world will now be operating in overshoot for the year — exerting excess pressure on the planet for any resources drawn.

The experts on climate change explained that the reason why the earth is exhausted already and so early in the year is that it now emits more Carbon Dioxide into the atmosphere than the oceans and forests can absorb.

Fisheries and harvest forests are as a result depleted far more quickly than they can reproduce and replenish.

As per research of Global Footprint Network, while economies, populations and demands in resources grow, the size of Earth and its base of natural resources remain the same. If such business approaches and consumption habits continue till 2030, the world will need the equivalent of two Earths to meet these demands.

Presently, the world consumes as much as 1.6 Earths can provide. The impacts of ecological overspending are apparent in soil erosion, desertification, reduced cropland productivity, overgrazing, deforestation, rapid species extinction, fisheries collapse and increased carbon concentration in the atmosphere.

“Carbon emissions are the fastest growing contributor to ecological overshoot, with the carbon Footprint now making up 60% of humanity’s demand on nature, which we call its Ecological Footprint. If we adhere to the goals set by the Paris climate agreement adopted by nearly 200 countries in December 2015, the Carbon Footprint will need to gradually fall to zero by 2050. This calls for a new way of living on our one planet,” is the message of Mathis Wackernagel, co-founder and CEO of Global Footprint Network.

According to Ravi Singh, Secretary General and CEO, WWF-India, the country is the third largest contributor to the global ecological footprint. “We need to bring about behavioural and policy changes that encourage sustainable practices and promote environment-friendly ways of living. By being conscious of our emerging consumption patterns and the pressure we are putting on the planet, we can work towards reducing the global ecological debt.”

In view of this, Global Footprint Network and its 25 Earth Overshoot Day partners have launched a public engagement campaign to highlight the significance of resource security for the sustainable sustenance of planet and mankind. Such efforts can be made possible with current technology, and emerging sectors as renewable energy, smart urban planning among others.