Is Javadekar the Indian Humboldt?

Is Javadekar the Indian Humboldt? 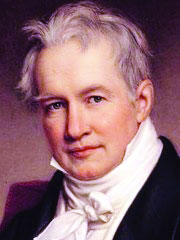 Wilhelm von Humboldt, a lesser known but an impactful education philosopher of Prussia, can be considered as the architect of modern German education. Even though he did not obtain many university degrees, but was instrumental in infusing long-lasting changes, popularly known as the Humboldtian education, which hugely influenced the education system of the US, Japan and many other countries.

Humboldt was appointed director of public worship and education after his return from Rome, where he was the Prussian Minister of Education. He became the director of education at a time when Prussia suffered defeat at the hands of Napolean and national pride was at its lowest. Humboldt founded the University of Berlin, which can be seen as the foundation of modern university system. We do not witness much change in the vision Humboldt propounded for a university. A silent revolution was born.

Indian education is undergoing a similar, silent revolution. A country with 1.3 billion population, which in other terms is nearly 18 per cent of the world population, is slowly and silently been transformed to a new method of teaching-learning — the digital learning. It has been mentioned repeatedly that a major challenge to Indian education is to make good teachers available to the rural population, where majority of learners reside but little was done in this direction.

If we make an assessment of the plans, it will be apparent that most of the funds went to projects which support teaching-learning but not the actual content transaction, like infrastructure creation and consumables like school uniform, books, mid-day meal, network connectivity but there was a visible absence of emphasis on actual teaching-learning. Just as stone walls do not make a prison, nor iron bars a cage, so also building, books, computers do not convert into learning. For learning, the students need teachers and an environment for academic transaction. India made great strides in the field of technology augmented education but very little reached the actual learners. A satellite, completely dedicated to education by the name, Educational Satellite (EduSat), was planned and launched in 2004 at a massive cost but it was hardly used. Tax-payers money was mercilessly wasted.

The most important link in transforming education is the teacher. Even though the Right to Education Act 2009 made it mandatory for all schools to have a trained teacher for every class of 40 students but no effort was made to train the required number of teachers. In August 2017, the RTE 2009 was amended and all untrained, in-service teachers were given the opportunity to undergo training through on-line Diploma in Elementary Education (DElEd). It has been mentioned in various reports that if we go by the pace of teacher training we are at present, it will take 40 years to get the required number of trained teachers, but there was no effort made to accelerate the process. A bold step was taken, and the Ministry of Human Resource Development decided to provide a last chance to all untrained, in-service teachers to undergo training.

The plan created a level-playing field for all teachers — men-women; rural-urban; rich-poor. The complete content has been provided on-line through SWAYAM, an indigenous, Massive Open Online Course (MOOC) platform and through 24X7 broadcast on the SwayamPrabha direct to home bouquet of 32 channels.

Personal interaction with the trainees is also provided through media and technologies, like toll-free phones, two-way audio interaction with learners from teaching studios. This is the largest training programme of teachers ever undertaken anywhere in the world. Come 2019, India can boast of providing a trained teacher to all elementary school learners.

In making education available to all, issues have been equal access, availability of good teachers, access to library. The issues of equal access and availability of teachers have been well taken care of by the SWAYAM and SwayamPrabha platforms at no cost, but the other major hurdle of non-availability of books and other resources has been taken care of by the National Digital library initiative. Already more than five million books in all Indian languages are available free of cost, and the best thing is that the platform already has more users than any other similar platform. No learner anywhere is at a less  privileged position.

Similarly, in higher education, issues of promotion of research and peer interaction have got a boost through the e-Shodh Sindu and VIDWAN networks. Seminars and symposia are integral and most valuable processes of value addition in education, least appreciated by the non-academic. The platforms have already started showing results with joint research and publications triggered through these platforms. The teachers in remote locations are hand held by the more privileged teachers in better known institutions like the IITs through the Talk to a Teacher initiative. More than 10,000 teachers assemble and interact at any point of time. We cannot take a leapfrog with the 20th century methodology.  Information and Communication Technology had to be made use of and it is now centre-stage.

Education is about equal opportunities to all. Just because we could not provide level-playing field to all, some excelled and most lagged behind. This deprivation only a Humbold or a Prakash Javadekar, visionaries from humble background, could feel and when given a chance transform a whole system in favour of the toiling masses. Such paradigm shift in education do not show immediate results but are realised a decade or a century later. India 2030, will be a different India as a consequence of the reforms introduced in 2017. Javadekar will be unforgettable!

(The writer is Chairman, National Institute of Open Schooling. Views expressed are personal)