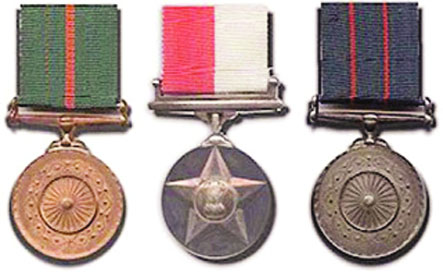 In a major relief to widows of martyrs, the Defence Ministry on Tuesday decided to do away with a condition that they have to marry the deceased’s brother for being eligible to receive gallantry awards monetary allowance. The Ministry has now decided that the widow can now marry any one and will still get all the

dues, including allowance, till her death.

Terming it as a major step to remove a “regressive” rule, officials said as per the existing norms, a widow is not entitled to the allowance and other benefits if she remarried or died. However, if she marries the brother of her deceased husband and “lives a communal life with the living eligible heir,” the woman are entitled for family pension.

The Defence Ministry in a statement said it decided to scrap the present criteria after several representations to remove the condition of the widow’s remarriage with the late husband’s brother for continuation of the monetary allowance.

The revised condition states that the allowance shall be admissible to the recipient of the award and on his death to his widow lawfully married by a valid ceremony. The widow will continue to receive the allowance until her death.

Elaborating upon the earlier rule, officials said in order to provide enough financial support to parents of the martyr, the widow remarried the brother of her late husband. However, with fast changing society and joint family making way for unitary family, the present norm was giving rise to several complications. They included tension within the family, and, in many cases, ill treatment of the widows.

Also, due to this rule, many war widows, whose husbands were awarded gallantry medals and others who died fighting terrorists, were denied their dues. One such case was that of Janak Anand, whose first husband Captain SK Sehgal, was killed during the 1971 war with Pakistan and awarded Vir Chakara. She later married another Army officer and was denied all the allowances.

After several petitions to the authorities, the woman then approached Armed Forces Tribunal (AFT) which in September this year questioned the validity of the rule. The Tribunal also said on the one hand, the President of India confers the gallantry award to the woman as a mark of respect to her late husband and on the other such rules denying her monetary allowances amount to humiliation.

Recipients of the gallantry awards are entitled to the monetary allowance as per the letter of 1972 of the Defence Ministry superseded by letter in 1995, which have been revised from time to time. As per the existing condition for grant of monetary allowance, the allowance shall be admissible to the recipient of the award and on his death to his widow lawfully married by a valid ceremony.

Moreover, the old order stipulated that the widow will continue to receive the allowance until her re-marriage or death. The payment of the allowance will, however, be continued to a widow who re-marries the late husband’s brother and lives a communal life with the living heir eligible for family pension. A gallantry medal recipient gets monetary allowance from the Army besides the State from which he hails. This allowance, however, varies from State to State.