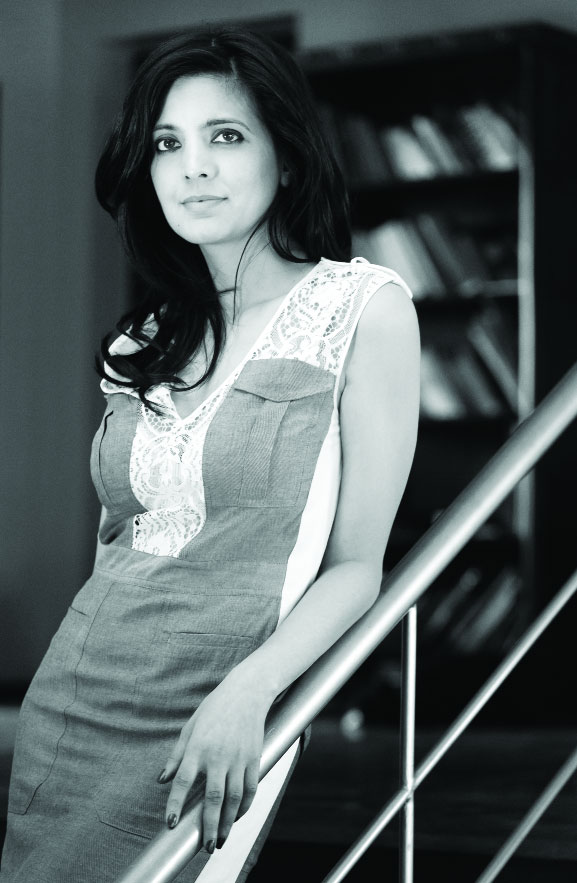 Having been a corporate honcho rather early in life and experiencing the ins and outs of the business of enterprise, Miniya Chatterji is best positioned to understand the need for social development goals and sustainable growth without which the biggest businesses and humankind itself would be obliterated.

Her versatility is not limited to steering the global corporate market towards sustainable management. Chatterji is moving on from her role at Jindal to her next big project, Sustain labs Paris, the world’s first sustainability incubator. “This marks a change in the management’s role. I look at large organisations and turn them into social entrepreneurs. Each year organisations or ‘incubatees’ will be carefully selected. They can be  multi-billion dollar business conglomerates, large private companies, government initiatives, large universities, start-up platforms, or not for profit organisations and turn them around to become sustainable organisations — having social good at the core of their businesses model,” shares Chatterji. She is not a believer of CSR or philanthropy, because when a company is in loss, the first place they take out money from is the CSR project. The only way it works is if the business model has an incentive to do social good.

Sustain labs will be based in Paris with one office in Delhi. The venture has three parts to it — bringing on board large companies and transforming them into sustainable organisations. The second part is an online platform which will have laws, norms, best practices and research papers on sustainability. This will be hosted on a French government website — a scientific and academic exchange wing of the French government in India. And the third part will be research — a Masters course on Creating Sustainable Businesses and Policies. “I don’t want Sustain labs to be a typical commercial venture like other consulting companies. I’m bringing in top level researchers from across the world to work on the companies we will be taking up. Thus, a research-based approach to solve the sustainability agenda is a pivot of  this venture.”

Emphasising the need for such a model at home, she says, “It’s  important for India at any stage. We have been growing at a fast pace but the inequalities that we see in India are not converging at a good enough pace. We still have 21.9 per cent people living below the poverty line. India still has the largest number of children suffering from malnutrition. So, there is definitely something going wrong even when the economy is growing at six per cent. It’s essential to have a growth that is equally spread out across different sections of the society.

She believes that the tough financial interventions in recent times will be good for India in the long run and that start-ups need to be wary of a squeeze. “Be it GST or demonetisation, in the long term, in my opinion, will be great for India. Also, for infrastructure and steel industry, the government has been very supportive. The steel industry has been in a bad shape and there is still a lot to do. The non-performing asset (NPA) list that has been provided to the RBI has 12 companies and most of them are steel companies. This is a cue that the industry as a whole is in a bad shape for macro reasons and individual companies are not necessarily responsible for the state they are in. Having said that, for the young entrepreneurs, for smaller businesses, things have only become worse. This is due to the tough competition from new companies along with scaling up which is a mix of corruption and bureaucracy at  the lower end. The Niti Aayog with IDFC institute came up with a report in September, which talked about the worsening market environment. The numbers they brought out were far worse than what the World Bank had published. Despite all the emphasis on start-ups, things are becoming more difficult for them.”

She believes that Indians have a unique way of doing business. “Working with different companies, especially the ones that are not connected with India, has made me realise that there is a lack of compliance — implementation of policies is never taken seriously and there is a need to strengthen the corporate governance. Also, there is less professionalism and more weightage given to personal relations. I wouldn’t say it’s a good or bad, but that’s how it works in India. lastly, it’s about attention to details. Though the jugaad mentality works, it’s still different from being quality conscious. However, people out here are creative and innovative about how to get things done. As they say, ‘scarcity is the mother of innovation.’ So the limited number of employees trying to get things done is very refreshing. Here, people are ready to think out of the box.”

So how is she planning to make her lab modules workIJ In simpler words, Sustain labs Paris will comprise a sustainability incubator, a Masters course on Creating Sustainable Businesses and Policies and an online platform designed to be a central go-to place for knowledge and resources on sustainability in India.

Chatterji’s larger understanding of India will find expression in her new book, Indian Instincts, to be  published by Penguin Random House in January.

Chatterji has been involved with India for many years via the World Economic Forum under which she covered South Asian regions. Alongside, she is also the founder of The Stargazers Foundation, a not for profit organisation that works for improving education and health for women in India. “But over the last three-and-a-half years, I have made a conscious decision to go back to my country and do my bit  on the ground. This has given me an immense first-hand perspective of various social issues that I have tried my bit to work towards. My role as Chief Sustainability Officer for the Jindal Steel and Power Group of Companies, which is the lifeline of the country, was an ideal opportunity. Working at this point of time in India’s economic history with the company gave me a perspective of the story behind their growth. So, the book is a culmination of my engagement with India through the years and especially the last three and a half years.”

The book is a set of 15 essays and her academic side is also a part of it. She is a PhD fellow at Harvard University and Columbia University in New York. “I  have tried to cater to the mass readers. Even the arguments are academic in nature and I have dealt with a lot of economic and social issues, but at the same time, the language and the way I have written is highly relatable. Anybody in India can pick it up and the same goes for people outside India who would love to know the country more. It has a lot of personal examples because I didn’t want it to be any other book that sits on a desk. There are issues that I have faced while trying to get myself an education — I really had to struggle to get my undergraduate degree, leave alone a PhD. The issues also range from education to marriage issues, the stereotypes surrounding it, along with facing various situations at the workplace by women.”

In the end, Chatterji loves living life on her own terms: “I have always done exactly what I felt like doing and what I love. I quit investment banking with Goldman Sachs in london just to pursue what I really loved. Everything that I have been involved in — education for girls, women and doing my little bit at my work place, writing are all part and parcel of what I have always wanted to be.”