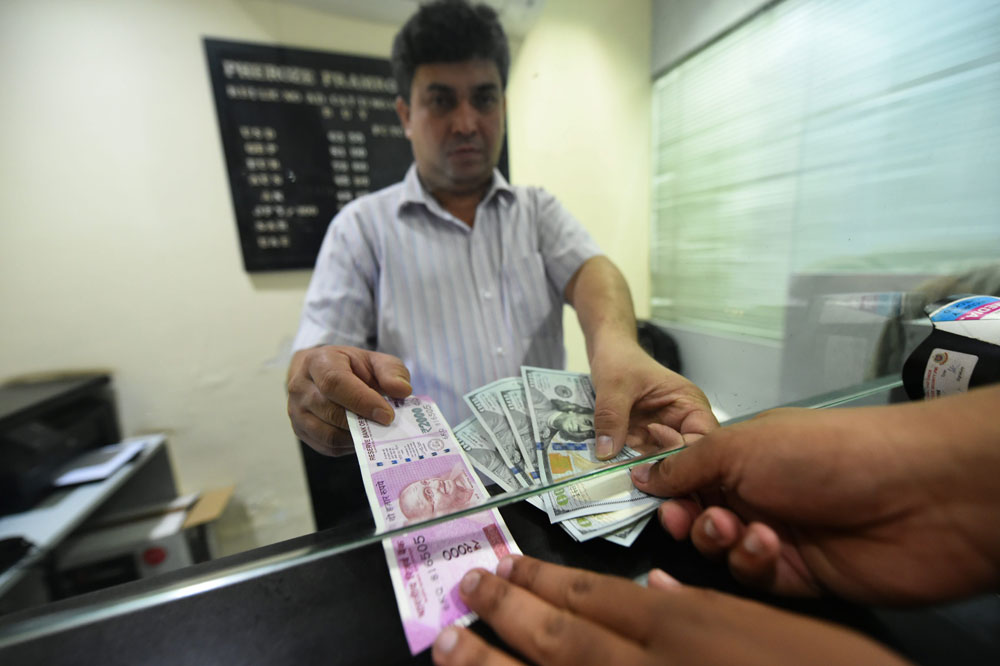 The rupee pared initial gains to fall 7 paise to 71.82 against the US currency in late morning deals Thursday on bouts of dollar demand from banks and importers.

Earlier, the rupee resumed higher at 71.62 against yesterday's closing level of 71.75 a dollar at the interbank foreign exchange market here.

Overseas, the US dollar fell against a basket of currencies in early Asian trade, as the pound led a bounce in European currencies; although skittish emerging market currencies and global trade concerns limited the greenback's losses.