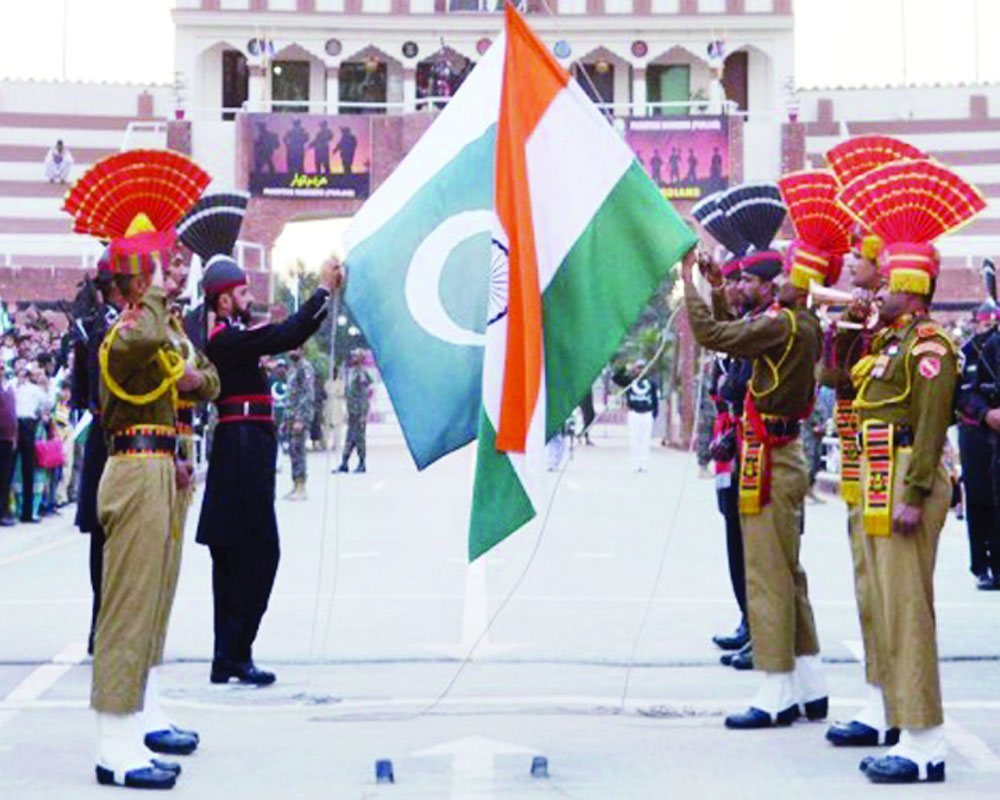 Despite all the calibrated contradictions between India and Pakistan, Imran Khan’s wish for talks will be fulfilled after the 2019 elections. Terror and talks will go together

For those who are intrepid optimists, giving Pakistan Prime Minister Imran Khan a chance to prove he can do more to better India-Pakistan relations is a fair bet. After all, he has been handpicked by the Army and the Inter-Services Intelligence (ISI) played no small role in installing him as the Prime Minister. Khan claimed that Pakistan Army chief Gen Qamar Bajwa and he are on the same page. The Kartarpur corridor confidence building measure (CBM) is an Army-approved Khan’s first step awaiting an Indian response which will be followed by Khan’s promised additional steps, whatever those might be. Prime Minister Narendra Modi compared Kartarpur with the fall of the Berlin wall, adding: “Kartarpur will not be a corridor but a reason to bring people together.” The two Sikh Ministers he sent were equally euphoric, especially Union Minister for Food Processing, Harsimrat Kaur, who said that Kartarpur was a perfect way to start a “new beginning.” But spoilers are on both sides. Union External Affairs Minister Sushma Swaraj was quick to guillotine hope with her famous one-liner: “Terror and talks cannot go together.” Similarly, Swaraj killed an earlier agreed meeting on the sidelines of UNGA of a conversation between Indian and Pakistan Foreign Ministers in reaction to media outrage over beheading of a soldier and Line of Control violations. Both incidents were missed opportunities to test Khan’s strategic autonomy under Bajwa’s watch.

Linked to the resumption of bilateral dialogue is Islamabad’s yearning to hold the 19th Saarc summit, which was postponed in 2016 following the Uri attack, and rejected by Swaraj citing lack of conducive environment (read Pakistan’s backing for terrorists). The killing of 19 soldiers in the Uri attack was not due to any ingenious or suicidal terrorist action but was accidental, caused by the careless storage of gas cylinders which engulfed the tent in which they were sleeping. During the Vajpayee-led NDA Government, even after a major terrorist attack on Parliament in December 2001 —which led to Operation Parakram — Vajpayee did not skip the 11th Saarc summit in Kathmandu in January 2002, where the then Pakistan Prime Minister Pervez Musharraf shook hands even as India’s armed forces were on full-scale deployment, ready for war. India’s attempts to isolate and punish Pakistan have seen the re-energising of sub-regional groupings, like the Bay of Bengal Initiative for Multi Sectoral Technical and Economic Cooperation (Bimstec), which includes Bangladesh, India, Myanmar, Sri Lanka, Thailand, Nepal and Bhutan. According to a World Bank report, ‘Glass Half Full: The Problem of Regional Trade in South Asia’ (by Sanjay Kathuria), the formal trade between India and Pakistan could be $37 billion but is only $2 million due to a variety of surmountable barriers. South Asia, as a region, is locked down by India-Pakistan tensions and an upswing in relations between the two nations would benefit other Saarc countries too.

In conformity with Modi’s muscular policy — surgical strikes et al — his Government has become the first one to not engage in official dialogue with Pakistan since it started in 1996. Except for the likes of Mani Shankar Aiyar of uninterrupted and uninterruptible dialogue fame and Sudheendra Kulkarni, who have suffered repeated indignities at the hands of Hindu goons, the majority of soldiers, diplomats and intellectuals are on the side of no dialogue with Pakistan as it attracts the law of diminishing returns, coupled with doses of despair and frustration. Still, there are those who hang around in fatigued Track II simply because the official track is closed. The 26/11 Mumbai attacks, whose perpetrators have gone unpunished and are being mainstreamed, marked the turning point in the dialogue process, especially after India and Pakistan came breathlessly close to agreeing on the four or five point Kashmir formula during the single-window Musharraf regime, which turned out to be a flash in the pan. Ten and six years of Generals Musharraf and Ashfaq Parvez Kayan had upset the collegium of Corps Commanders, disturbing the channel of promotions. The Generals agreed to replace the era of direct with proxy rule, thereby obviating international and domestic costs. This mechanism gave rise to new terminologies — elected Government and establishment (deep state).

While the last two elected Governments completed their term, their Prime Ministers were prevented from doing so by showing them as corrupt and incompetent, to establish the indispensability of the Army as the ultimate custodian of Pakistan’s core values and national interest. The established democratic tenet of civilian-political control of the military was reversed to military (judicial and NAB) control of the political class, which the recent elections have commendably demonstrated with the Army’s choice of Prime Minister.

In and outside Pakistan, the question that is inevitably asked is about altering the behaviour of the military: Who will do it and how will it be done? This is considered un-doable. At one time, the Americans were the only ones who could have achieved this but the Army was their strategic ally. After plastering Pakistan with abuse and freezing military aid, US President Donald Trump has been forced into seeking help from the Generals for the peace process in Afghanistan. The Chinese are best placed to influence behavioural change but will not oblige. Neither the US nor China will mess around with a nuclear-armed Pakistan, umbilically tied with terrorist proxies, making Pakistan the most dangerous state. Cross-border jihad and terrorism will pose a perennial threat to India — while keeping alive the Kashmir dispute- which even a 100 surgical strikes (not feasible without escalation) will be unable to counter.

For Pakistan, India is an existential threat, even more so after the then Defence Minister Manohar Parrikar and National Security Advisor Ajit Doval threatened a counter jihad and evaporation of Balochistan if there was another Mumbai. Pakistan’s military is the defender of faith and bulwark against Indian machinations of its further break-up following the creation of Bangladesh. Cross-border terrorism is Pakistan’s low-cost high-gain revenge against India’s splitting of Pakistan.

So, why should Gen Bajwa and Imran Khan want an on-and- off dialogue with India when status quo is suitable? Reason: To keep up the optics of good neighbourliness, enhance and benefit trade relations with the fastest growing economy, resume conversations on Kashmir without necessarily aiming to find a solution (of a mothballed Kashmir) and even seeking India’s help in Afghanistan. In short, without diluting the threat from India, which dilutes its primacy in civil-military relations, cherry-pick items for talks which benefit Pakistan. Regulating the tap of terrorism as Musharraf did is the price Rawalpindi is willing to pay. Despite these calibrated contradictions, Khan’s wish for talks with India will be consummated mid-2019 after the elections. Terror and talks will then go together.