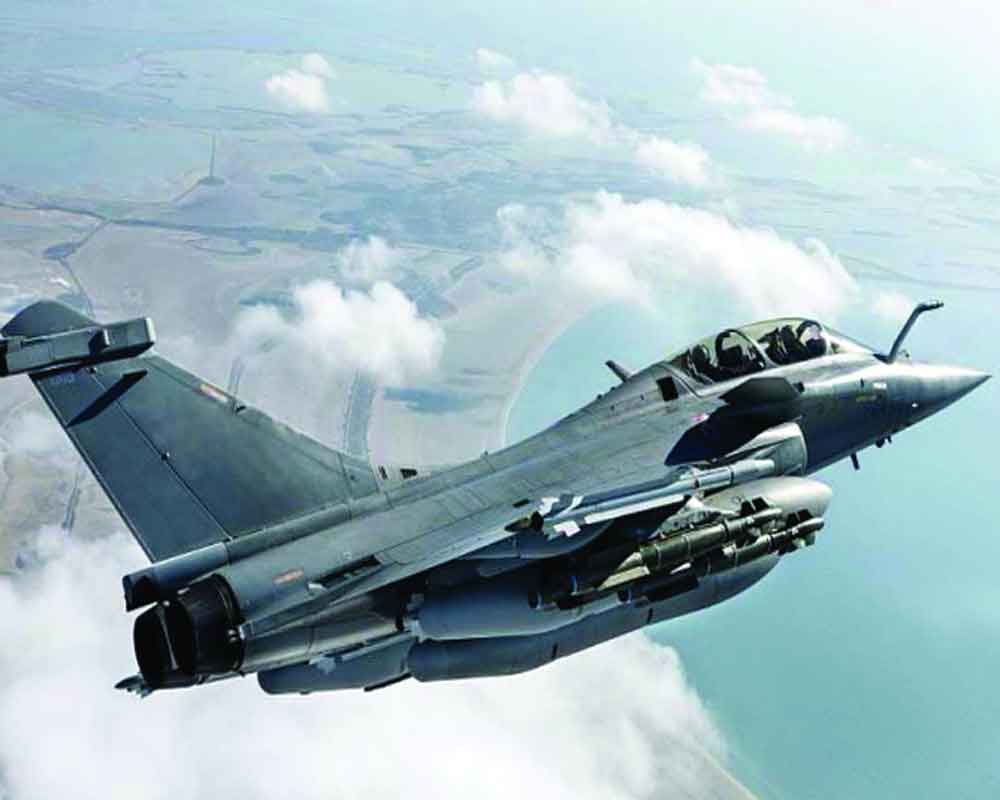 While the Government may wish to dream away its problems or throw insults at the Opposition to run away from uncomfortable questions, it will be exposed at some point of time

The Supreme Court last week delivered its judgement on the issue of whether a probe to look into the Rafale controversy needs to be constituted or not. In its decision, the court stated that it does not think that the matter, as argued before it, requires any intervention. While I cannot speak for the petitioners in the case that was filed before the Supreme Court in this matter, the Congress has consistently maintained its stand that the appropriate forum for an examination of the issues raised against the Rafale deal is not the Supreme Court but a Joint Parliamentary Committee (JPC). In this week’s article, I will briefly speak about how the Bharatiya Janata Party’s (BJP) attempts to claim the decision of the top court as “clean chit” is unfounded and ill-advised.

At the outset, it is imperative to state that the apex court, while passing its order, stated clearly that its decision is from the standpoint of the exercise of jurisdiction of the Supreme Court under Article 32 of the Constitution of India. This examination by the apex court, as I am sure the Government fully knows, is limited to the extent that the court, under its Article 32 jurisdiction, cannot summon/examine all the relevant file notings, examine witnesses on oath and have the Prime Minister and Defence Minister answer questions on propriety. As stated by the Supreme Court itself, there are broadly three issues that the Supreme Court was required to examine, (1) the process of procurement of the Rafale jets from Dassault Aviation; (2) the issue of pricing of the jets; and (3) the selection of Anil Ambani as the offset partner for Dassault Aviation.

All of these issues and the allegations against the Government warrant and require a thorough examination. Only a detailed examination of the deal, as is being demanded by the Congress and increasingly by the people of the country, can help actually determine whether there was any instance of wrongdoing. Therefore, the claim of the BJP that the decision of the Supreme Court on the basis of the limited information placed before the court constitutes a clean chit from it is a little farfetched. Separately, the essential question before the BJP is whether a limited examination and an absolute clean chit can go hand in hand?

One would think it couldn’t because a limited examination and an unequivocal clean chit are a contradiction in terms. The Finance Minister and industrialist Anil Ambani of course believe otherwise, judging by the statements that we have seen in the few days since the pronouncement of the decision of the court. It was fairly poetic that within a few hours of the judgement, the BJP was forced to curb its enthusiasm and answer some uncomfortable questions because of an especially troubling paragraph in the judgement of the apex court, which stated that as per the Centre, the pricing details, with respect to the Rafale jets, were shared with the Comptroller and Auditor General (CAG) and that the report was examined by the Public Accounts Committee (PAC). This was a shock to the Congress as the PAC Chairman Mallikarjun Kharge received no such copy of the report.

In a situation, frankly approaching the absurd, the Government of India then moved an application before the Supreme Court saying that the statement of the Centre had been “misunderstood” because of a grammatical error, and stated that in fact the PAC had never actually examined this report. The convenience of the explanation aside, the relevant question that must be asked is: How much of this obfuscation the Government engaged in while presenting its arguments before the Supreme Court?

At the end of the day, the Supreme Court only examined the questions posed by it from a limited perspective and placed reliance on the statements of the Government on face value to some extent. But now this recent ‘gaffe’, which appears to be a slender ‘fig leaf’, clearly raises questions about the authenticity and honesty with which this Government has approached the court and placed facts before it. The Government could argue that the public should trust it to place authentic facts before the court and that its statements should be taken at face value. However, the Government’s tactics of obfuscation as evidenced through its entire term do not inspire any trust.

So, in light of the limited examination of the Supreme Court and the manner in which it has been misled by the Government, the question that arises is what is the best way forward to deal with this entire episode? While this may come as a surprise to the readers, I would actually like to offer the Government a word of advice to help them get out of this mess: Sunlight is the best disinfectant.

At the end of the day, the Government has been posed with some uncomfortable questions and, therefore, the BJP must come forward and answer these three questions and expose the present Rafale controversy to the required disinfectant of proper scrutiny:

i) If there is nothing to hide, why not constitute a JPC?

ii) If the new Rafale jets are indeed cheaper, why did the Government only purchase 36 as opposed to the original requirement of 126?

iii) Why doesn’t the Prime Minister hold a press conference and answer questions on the deal from journalists?

Of these questions, the question as to why a JPC should not be constituted, is perhaps the most pertinent. The Finance Minister’s response to this question was that Parliament cannot question the judgment of the highest court of the land. This seems like a convenient excuse.

For starters, the Supreme Court itself has stated that this is only a limited examination and, therefore, there appears to be prohibition on a JPC to look into the matter in greater detail. Further, when the BJP was in the Opposition, it insisted on a JPC on the 2G case and the Bofors matter as well. Then what according to the Finance Minister makes the Rafale deal so special?

It is, therefore, apparent that if the BJP wants to get this Rafale-shaped monkey off its back, it will have to ultimately relent and allow for a thorough examination of the deal. While the Government may wish to dream away its problems or throw insults at the Opposition to discourage and dissuade these uncomfortable questions, it must be aware that at some point it will be exposed to sunlight.