CSR: A necessity, not a fad

CSR: A necessity, not a fad 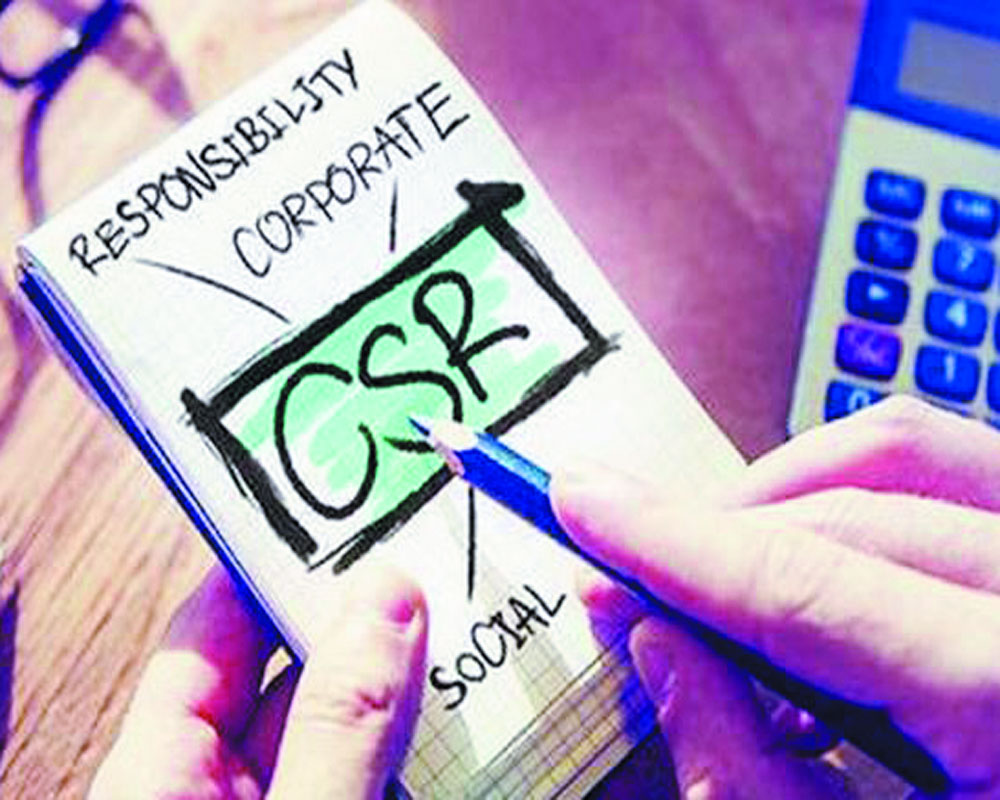 For any company, profit-making is the most important agent for its survival. At the same time, it should not turn a blind eye towards social obligation

While corporate social responsibility (CSR) was for a long time considered a voluntary matter to be exercised by companies in the interests of stakeholders, it is increasingly acquiring legal status in different countries, particularly like India, whereby, with the passage of Companies Act 2013, every company of a certain size has to offer a CSR policy. Following this amendment, India is the first country in the world to make CSR mandatory. Businesses can invest their profits in areas such as education, poverty, gender equality and food security. Large companies are required to spend a stipulated amount, ie, at least two per cent of their average net profits made during the three immediately preceding financial years, in pursuance of their CSR policy towards specified activities.

Over the past few years, CSR as a concept has been the focus of many deliberations and research. It has grown in importance both academically as well as in the business sense. It captures a spectrum of values and criteria for measuring a company’s contribution to social development. As the term CSR is used continually, many complementary and overlapping concepts, such as corporate citizenship, business ethics, stakeholder management and sustainability have emerged. These extensive ranges of synonymously used terms indicate that multiple definitions have been devised for CSR, mostly from perspectives and by those in facilitating roles like the corporate sector, Government agencies, academics and the public sector.

Worldwide, there are enough examples of companies that have incorporated CSR in their operations. The New York-based natural foods company, KIND Snacks, which in its first 10 years has grown from zero to over 450 million units sold and with its famous rainbow-wrapped bars found in over 150,000 retail stores, believes in both “making profit and making a difference” by achieving mass distribution and making healthy products. There are several companies from start-ups to huge conglomerates that are increasingly incorporating social and environmental initiatives in their strategies. Microsoft partners with the non-profit NetHope to create IT apprenticeships in Kenya. The Disney Company is providing $ 3 million in conservation grants this year to protect wildlife. Gap Inc. has a programme that teaches health awareness and literacy to women garment workers in Cambodia and India. JPMorgan Chase has The Fellowship Initiative, a programme designed to help American Black young men achieve academic and professional success. Mattel is committed to using sustainably sourced paper and wood fibre in its packaging and products.

Although good to achieve, initiating and sustaining social initiatives takes time, talent and resources. But increasingly, it is what investors, customers, employees and other stakeholders have come to expect and demand, particularly the young generation which makes for the industry’s new and future customers and casts a particularly keen eye on companies’ commitment to social impact. So how are the companies from emerging countries, who are fighting for survival and success in the global economy, paying attention to CSR? There are some high-profile examples of emerging multinational companies engaged in socially or environmentally impactful activities. Chinese battery maker BYD brought out the first mass-market electric plug-in car in 2008 and despite a rocky entry into the US market, it has built more than 1,000 electric buses and sold them in Asia, South America and Europe. Natura Cosmeticos, one of Brazil’s top cosmetics manufacturers, focusses on sustainability and social responsibility and is serving as a founding member of the Union for Ethical BioTrade, which promotes biodiversity conservation and uses only natural ingredients in its formula. It has forged alliances with indigenous Amazon Basin communities to source herbal raw materials. India’s Tata Group, one of India’s largest conglomerates with revenues of over $100 billion, as a company, is long renowned for its commitment to social purpose and carries out various CSR projects, most of which are community improvement and poverty alleviation programmes. Through self-help groups, it is engaged in women empowerment activities, income generation, rural community development, and other social welfare programmes.

In the field of education, the Tata Group provides scholarships and endowments for numerous institutions. The group also engages in healthcare projects such as facilitation of child education, immunisation and creation of awareness on AIDS. In some cases, CSR should be designed to address the concerns of stakeholders and are strategic, not just philanthropic. For example, CSR programmes of big soda companies such as Coke and Pepsi are often focussed on issues such as obesity and water usage in developing nations. These are programmes addressing issues that people are concerned about with those companies. By addressing them, they reduce the likelihood of protest and aggressive regulation, and they also build relations with stakeholders who could otherwise be attacking them.

An ongoing project by Coke, in which the company is investing in numerous small African mango plantations, is helping small farmers in Africa to grow their livelihoods beside also creating a much bigger stock of mangoes for Coke to create a mango-based beverage globally. Through this the company is achieving the ultimate metric of CSR success of driving shareholder value and accomplishing long-term sustainable performance.

However, when it comes to social impact, there are some differences between developed-world firms and emerging multinationals. In the developed countries, more companies have been dragged into this and they now realise the benefits whereas emerging markets display much more polarised strategies with some companies embracing corporate social responsibility from the beginning while other companies are reluctant or fail to see the value of it.

It is seen that Chinese companies in particular are slow in adopting socially purposeful activities overseas because of their own political system. They are of the opinion that the Government should undertake CSR activities as that is what happens in China and social development in the country is the Communist Party’s responsibility. Businesses do not get involved. In other countries where Chinese multinationals operate, they have begun to build up CSR after a lot of protests for not being more responsible and for not doing the kind of things that Western companies do.

This clearly shows that an emerging multinational’s attitude toward social purpose may stem from the way it achieved its original business success. It might have had to “survive in a very difficult, fraught environment” and hence might be more inclined towards social responsibility. On the other hand, the companies that have been successful in taking advantage of a gap in the market and, therefore, built monopoly, through corruption or any Government kickbacks, don’t think at all about CSR.

Odebrecht, a Brazilian conglomerate with a large construction subsidiary,  is an example of a business that survived a difficult situation and nearly went bankrupt when the CEO reached out to suppliers and buyers for financial backup. The company survived the crisis, and as a result, the CEO has always had this really strong relationship with his stakeholders — with the people in the supply chain and all around his facilities. The company, which does business in Africa, is involved not just in big construction projects but is also trying to win the hearts of the people. For example, while competing for a large construction contract in Luanda, Angola, Odebrecht took the unusual step of taking on a street-sweeping contract, which gave them some very visible PR — the employees, sporting orange Odebrecht vests, were seen tackling one of downtown Luanda’s fundamental problems by cleaning up its streets. Another bonus was that many of these individuals, who would eventually work on Odebrecht’s construction sites, were acquiring basic job skills such as following processes and arriving on time. Odebrecht projects itself as a company that knows what it means to come from a poor country with a clear understanding of the basic problems and as a result, an ability to make a connection with the people.

By contrast, Brazil’s EBX is a multinational that ignored CSR. Its chairman, Eike Batista, had a net worth of $30 billion in 2012 but his wealth sank to $200 million due to debts and his company’s plummeting stock prices. His mines had nothing in terms of socially responsible behaviour and his company wasn’t based on success in the community, which ultimately led to bankruptcy.

An emerging multinational in the healthcare space and the one very much focussed on social purpose is Narayana Hrudayalaya in India. This not-for-profit company, founded in 2000 and now with 56 facilities in India and one in the Cayman Islands, was started by heart surgeon Devi Shetty to provide low-cost or free cardiac procedures to the poor. It has since expanded to treat other medical conditions as well.

For any company, profit-making is the most important agent for its survival. At the same time, it should not turn a blind eye towards social obligation. Worldwide, businesses have moved from a shareholder model to the more encompassing stakeholder model. And to stay in tune with the times, companies have to recognise their responsibilities towards employees, customers, neighbourhoods and regions in which they operate.