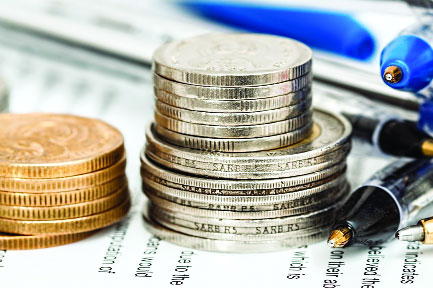 Despite global companies having the intention to invest, India failed to hold on to its top-10 position in the AT Kearney FDI Confidence Index 2018. Strong economic performance and the sheer size of the market can help us in the FDI confidence index

According to the World Investment Report 2018, foreign direct investment (FDI) flows worldwide  were 23 per cent lower at $1.43 billion in 2017, as compared to 2016, and with the end of 2018 nearing, it is forecasted that these numbers would show but a slight improvement. Last year saw a significant decline in the value of cross-border mergers and acquisitions as well as greenfield investment announcements — an indicator of future trends. However, going forward, the future looks bright with an optimistic global economic outlook which is better than previous years. At the regional level, economic prospects in the Asia Pacific, Europe and Eurasia, and the Americas are bright, although outlook of the Middle East and North Africa (MENA) region is mixed.

The importance of FDI to a country, whether developed or developing, cannot be undermined as it contributes to the economy in several ways, like transfer of financial resources, technology, and innovative and improved management techniques along with raising productivity. Developing countries like India need substantial foreign inflows to achieve the required investment to accelerate economic growth and development. Further, it helps speed  up economic activity and brings with it other scarce productive factors such as technical knowhow and managerial experience, which are equally essential for economic development.

It is interesting to know that according to the AT Kearney FDI Confidence Index 2018, India slipped three notches to 11th rank in 2018, from eighth rank in 2017. This is for the first time it has fallen out of top 10 since 2015. FDI Confidence Index is an annual analysis of how political, economic and regulatory changes will likely affect FDI inflows into countries. It is constructed using primary data by surveying senior executives of the world’s leading corporations having annual revenues of $500 million or more. Worldwide, the US again tops the FDI Confidence Index for the sixth year in a row.

The continued attractiveness of the US to foreign investors is a result of its large domestic market, improving economic performance and new lower corporate tax rate. Companies are also moving in and investing in US to circumvent the Government’s protectionist rhetoric and gain market access. Globally, there has also been significant shifts among the leading destinations for FDI. The top five countries on the index have not changed in the past three years, but their relative positions have shifted.

Most notably, Canada rose to the second place this year, its highest-ever ranking in the index, and China fell to the fifth position, its lowest-ever ranking in the index. Germany also fell one spot to the third rank and the UK held steady at fourth. While the top 10 likely destinations for FDI were the same in 2016 and 2017, there is a change in the composition of the list this year — Switzerland and Italy entered the top 10 for the first time in more than a decade, edging out India and Singapore.

Europe made a significant comeback as investors are finding the markets attractive. Three newcomers to the 2018 index are all European markets: Denmark at 20th position, Portugal at 22nd, and Norway at 23rd. This widespread intention to invest in Europe may be related to the region’s economic upswing after several years of subpar economic performance. In addition, as in last year’s index, the looming reality of Brexit may be motivating some FDI interest in the rest of the European Union (EU) member economies as companies seek to maintain their preferential access to the EU market.

Overall, large global companies are attracted to developed markets as preferred FDI destinations across all regions, including Europe, North America, Asia and Australia, due to stronger economic performance across developed market economies, their competitive advantages in technological innovation and the regulatory and competitive pressures to localise operations in core markets. What would be the key drivers for FDI investments in the coming times?

The possibility of an increase in geo-political tensions tops the list for investors’ decision to invest in a country. The perception of a political crisis in an emerging market is contributing to the fact that fewer emerging markets made it to this year’s index. Governance factors have taken precedence when choosing where to invest, particularly regulations, transparency, corruption, tax rates, ease of doing business and a general secure environment. Given the high-profile corruption scandals in major emerging markets, such as South Africa, Brazil and Malaysia, these factors have become quite important. International business strategy is witnessing a sea-change. Rather than adopting a one-size-fits-all model of globalising company operations and products, companies are now pursuing localisation strategies, which are the practices of shifting a company’s management, operations, production, or marketing to local markets.

Factors that influence companies’ decisions to localise are diverse and they include both regulatory, like  Government localisation requirements to gain market access, and economic pressures, like lower costs and competitive pressures from domestic firms. This rise of localisation as a leading business strategy is likely to generate greater FDI flows and will make FDI a core business strategy that will have a significant impact on corporate profitability and competitiveness. Any renegotiations or disruptions of regional trade zones or agreements can lead to shifts in FDIs. For instance, any major changes or termination of the North American Free Trade Agreement (NAFTA) would have a profound effect on FDI flows and the broader global business environment. In fact, FDI inflows would increase to North America if NAFTA were to be terminated and the major beneficiary would be Canada because of the country’s business-friendly regulations, stable security environment and continued pursuit of global economic integration through agreements such as the Canada-EU Comprehensive Economic and Trade Agreement and the Comprehensive and Progressive Agreement for Trans-Pacific Partnership (CPTPP).

Among market asset factors, the cost of labour is the most important determinant of FDI flows and many big businesses consider labour costs as one of the top two factors for a decision to invest in any other country. This is due to the fact that the global labour force has stopped growing as a share of the total population because of aging population and declining workforce participation rates, and the labour market is less globalised than in the past due to rising restrictions on immigration. These forces are likely to push up labour costs in a variety of markets. For example, more restrictive US immigration policies and a tightening US labour market — companies based in the US are paying more attention to labour costs when making FDI decisions.

Inspite of global companies based in the developed countries having the intention to invest in India mainly due to present Government’s ‘Make in India’ initiative, India failed to hold on to its position in the top 10 countries in the index. Also, as a result of Government steps to improve the investment environment, India surged 30 spots to rank 100th on the World Bank’s Doing Business 2018, and in the process, broke into the top 100 for the first time ever. Notable reforms which have contributed to this transformation of Indian business include the elimination of the Foreign Investment Promotion Board, a Government agency responsible for reviewing all potential foreign investment and the liberalisation of foreign investment thresholds for retail, aviation and biomedical industries.

These bold FDI reforms, where more than 90 per cent of the FDI approvals have been put on the automatic approval route, have made the investment environment positive in India. The 2017 nationwide GST, for example, has faced implementation challenges, and the 2016 demonetisation initiative disrupted business activity and weighed on economic growth, but have shown the world the intention of India to weed out corruption. Above all, strong economic performance and the sheer size of the Indian market are big attraction for global investors.

The IMF projects that India’s economy will grow by 7.4 per cent in 2018, the fastest growth rate of any major economy. Inward FDI flows already increased to an estimated $45 billion in 2017, a record high. Japan, the US, the UK and Singapore consistently serve as large sources of FDI for India. All these economic reforms will surely put India back higher on the FDI confidence index in future.

Worldwide, broad-based economic expansion provides opportunities for global investors to deepen their presence in key growth markets through FDIs. Although, geopolitical tensions and domestic policy risks stemming from rising populism and protectionism could disrupt this synchronous global economic upswing, at the same time, these political risks create the imperative for companies to establish a local presence in important markets to maintain access, thereby, driving up FDI flows.