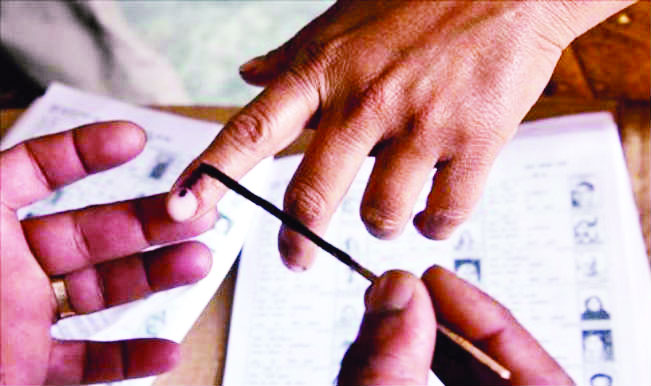 Electoral reforms have been much talked about but remain an unfinished agenda. Political will and consensus is vital. The process must begin soon

The 133-year-old Congress during its heydays would have shuddered to think of a day when it would have to resort to crowd-funding to augment its finances. The cash-rich party, which had been in power for over 50 of the 70 years since Independence, is facing an unprecedented fund crunch due to various reasons. It has reached the bottom now with the party launching a 40-day booth committee fund raising programme from October 2. The Congress leadership appealed for funds in a tweet, “The Congress needs your support and help. Help us restore the democracy which India has proudly embraced since 70 years by making a small contribution”. Former Union Minister Shashi Tharoor even tweeted that there should be no embarrassment in accepting the facts.

With elections due in three Bharatiya Janata Party (BJP)-ruled States — Rajasthan, Madhya Pradesh and Chhattisgarh — and 2019 Lok Sabha poll, there is an urgent need for the party to mobilise its resources. Facing a string of defeats in State after State since 2014, the Congress coffers are almost empty. Corporate funding too have dried up perhaps because the Congress is not perceived to be poised for a return. Gone are the strong State leaders who would collect funds in States.

The Congress has been tightening its belt for some time. According to the party constitution, the members are supposed to donate 10 per cent of their earnings and the party has now asked them to step up their donations. The other easy route is to cut down expenses. With the party ruling barely in four or five States, the Congress has even stopped sending money to the State units for day-to-day expenses. Budget has also been cut by almost half for meetings and also on celebrations.

In olden days, many political parties used to collect smaller donations (chanda). Over the years, this system has disappeared with parties resorting to make money through deals if it is in power, or through corporate donations. They meet the poll expenses from donations, party membership fee and interest earned on fixed deposits, and other savings. However, with campaign expenses touching astronomical figures with huge election rallies, chartered flights, media advertisements and other expenses, opposition parties have been unable to meet the cost.

The following figures might give a clue. According to the Association for Democratic reforms (ADR), during the 2014 Lok Sabha election, national parties spent Rs 858.97 crore on publicity, Rs 311.8 crore on travels, Rs 104.28 crore on other expenses and Rs 311.47 crore on expenditure towards candidates. It was shocking that almost 69 per cent of the income for these parties had come from unknown sources.

The Congress is still the second richest party but far behind the BJP. The Government had announced an electoral bond scheme in 2017 but this was not enough and much more needs to be done.

The Election Commission has a long list of suggestions, including decriminalisation of politics, reforms of political parties, auditing of accounts of parties, checking black money in polls, making ‘paid news’ an electoral offence, and punishment for false affidavit by candidates and capping of anonymous donations to 20 per cent.

Several panels have recommended poll reforms, including Goswami Committee (1990), Vohra Committee (1993), Indrajit Gupta Committee on State Funding of Elections (1998), Law Commission Report on Reform of the Electoral Laws (1999), Election Commission’s Proposed Electoral Reforms (2004) and Second Administrative Reforms Commission (2008). One suggestion was state funding but there was no consensus on this.

It is time to push through these long pending big-bang electoral reforms to cleanse politics. Prime Minister Narendra Modi has been talking of ‘one nation one poll.’ This could be the beginning but other issues like criminalisation of politics, use of money and muscle power, transparency in election funding, auditing of accounts of political parties, and their regulation also need to be tackled.

Even the Supreme Court in a recent judgement has left it to Parliament to check criminalisation of politics. Last year, the Court had also ruled that seeking votes in the name of religion, race, caste community, or language of a candidate would amount to corrupt practice. No doubt these cannot be done in a day but it has to start some time or the other, the sooner the better. What is needed more is political will and consensus for reforms.