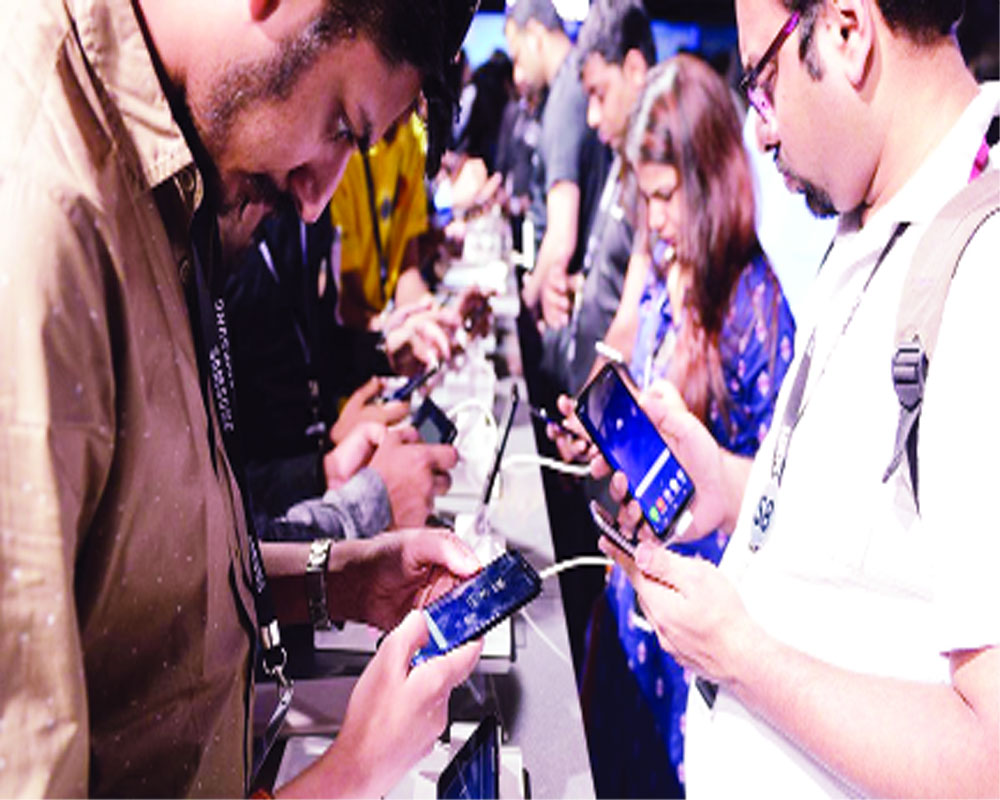 India has always loved Chinese cuisine and made, adapted and mauled it. But we also love Chinese smartphones, televisions, computers and even Chinese workers. India is already in China’s pocket

For the past few decades India, from its politicians, military and diplomats, has observed that its eastern neighbour is its main rival rather than its western neighbour with whom India was obsessed. We watched with alarm as the Chinese built military presence on the borders.  Flashpoints, such as Doklam, have become distressingly frequent. But unlike with Pakistan, none of the flashpoints have seen the discharge of any serious firepower. Indeed, so far, there has only been almost juvenile shoving battles. But it isn’t just the military battles on our border that worries us, the Chinese economy, that thundered into life in the 1980s and that has seen an unprecedented level of growth in the past 40 years, has made China rich but with growth slowing down, the Chinese have started deploying their cash elsewhere and sell manufactured goods to newer markets.

While Chinese cash in Pakistan will be pocketed by the Generals and is going to be nothing but more money wasted, keeping that failed state alive, Chinese money elsewhere worries India. The ‘One Belt, One Road’ initiative is not a Chinese knock-off of the American ‘Marshall Plan’ but a well-thought-out strategic initiative to capture the nations sovereignity and assets. This has been made plainly clear in Sri Lanka and China is doing the same in some South-East Asian and Eastern European nations and in Africa. Unfortunately, for the Chinese, they have not managed to figure out how to disrupt democracy, which is why pro-Chinese leaders have been ousted by voters in Malaysia, Sri Lanka and now in the Maldives, yet getting drunk on Chinese money and infrastructure is now an endemic problem in the developing world. Across Northern and Sub-Saharan Africa, the Chinese are swallowing assets and controlling Governments, flying in planeloads of what one Indian businessman in Africa described as ‘money, workers and prostitutes’. Yet, India has been screaming from the rooftops of the perils of Chinese money and Chinese-built infrastructure and Chinese products.

Unfortunately, India’s screams sound like those of a madman, not just because Chinese money is so alluring that India seems crazy to deny it, but because India is clearly being hypocritical here. India is also addicted to Chinese money. The Chinese have been pouring in billions into controlling Indian start-ups, financial technology firm PayTM is backed by Alibaba’s Jack Ma, China’s richest man and is now targeting American start-ups entering their space and trying to invoke the nationalistic argument. And if someone told that the way to India’s heart is through its cricket addiction, the Chinese have been pouring huge sums of money there are well. Allied firms Oppo and Vivo sponsor the Indian Cricket Board and the Indian Premier League respectively.

Just look at the numbers. According to the International Trade Centre, India’s trade deficit with China grew from $7.5 billion in 2006 to $59.5 billion in 2017. While India’s trade deficit gets skewed by oil imports, in 2016, a year where crude oil prices were very low, India’s total trade deficit was $96.4 billion, China accounted for $51.6 billion of 53.5 per cent. In 2017, thanks to oil prices climbing, China accounts for only 40 per cent of India’s total trade deficit. But make no mistakes, Indians don’t just love Gobhi Manchurian (ironic given that there isn’t a ‘Manchurian’ cuisine as such), the Chinese are ensuring that India is addicted to their goods too.

And there is no doubt, the increased Digital push in India is increasingly making India’s addiction to China worse. Chinese companies dominate the smartphone market in India, they are increasingly starting to edge in across the consumer durables space as well, with subsidised Chinese goods alluring the penny-pinching Indian buyer. And India’s own companies have to shoulder the blame for this. Observing that margins by importing from China were higher than local manufacturing, Indian ‘mobile phone’ companies started slapping on their logos on Chinese products and in some cases, pitched nationalism in their brands, but if you had scratched away the saffron of the flag, the five yellow stars of the People’s Republic of China could be seen.

Eventually, Chinese firms cottoned onto this and brought their own brands to India, and now their products are making a mockery of the ‘Make in India’ programme, screwing together a few parts is being described as manufacturing. Congress president Rahul Gandhi has it right that selfie-obsessed Indian youth are giving jobs to the Chinese, but the metaphor ends there because he has no clue to a solution. Increasing customs and tariffs is one solution, but making manufacturing easier in India is a better solution and that can be done as is seen in Samsung’s impressive new plant in Greater Noida. But India’s Chinese addiction goes further.

It also stretches to capital goods, the turbines in many of the new power plants in India, the smelters in new steel plants, the tubing and piping at refineries and the physical infrastructure for new telecommunication networks, including in some case those for military use. Many of them come from China. It is not as if other nations we import such capital goods from have no strings attached, they certainly do, but India’s economic growth is not creating jobs in India, but there is no doubt that it is creating millions of jobs in China. It is almost surprising that the government finally took a stand against Chinese goods by preventing them from taking part in the future mobile telephony consultation process. But India’s sudden spine seems to stem less from itself but the fact that US President Donald Trump is giving it back to China in droves and that has caught the Chinese out completely, even more so because Trump’s move appear to be increasingly popular other than with Chinese-sponsored ‘Free Trade’ agents propagating China’s one-way free-trade paradigm.

Worse still, images have emerged of Chinese workers building the ‘Statue of Unity’ of Sardar Patel in Gujarat. Chinese workers are putting up metro systems, highways, power plants and assorted Indian infrastructure as well. Indians might snigger at how Pakistan is increasingly becoming a Chinese client state if it is not one already, but China may not ever need to fight a war with India as it is winning the little battles, essential to winning the war.