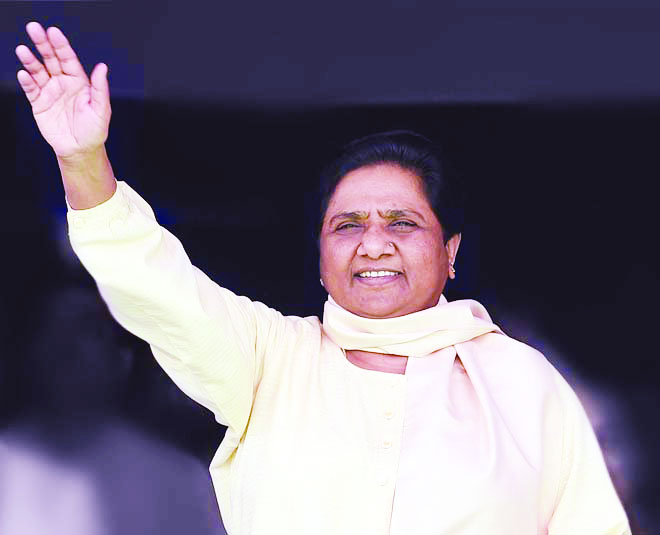 Who says Bahujan Samaj Party (BSP) supremo Mayawati does not dream big? After losing three back-to-back Assembly and Lok Sabha polls in Uttar Pradesh, after getting zero seats in the current Lok Sabha, she still has not given up her ambition of becoming the first Dalit Prime Minister of this country. It may be premature to talk about this, but nursing this ambition for long, Mayawati herself thundered in 2012 during an election rally: “I hold the master key to power.” In 2014, the BSP declared her as its prime ministerial candidate.

The BSP’s national executive passed resolutions in May this year, announcing Mayawati as the prime ministerial candidate for the 2019 General Election. She is not doing it without a purpose as these projections are meant to galvanise the party cadres, selling them the dream of a ‘Dalit ki beti’ reaching the top. The bottom line is that she should at least emerge as a kingmaker in the post-poll scenario after 2019.

Interestingly, despite her party’s downward turn, political parties are vying with each other to tie up with the BSP for the simple reason that the party’s votes are transferable. While it may be a million-dollar question whether she will achieve her ambition, her relevance in the grand plans for Opposition unity cannot be questioned. Even the Bharatiya Janata Party (BJP) is not averse to an alliance with the BSP.

The BSP has presence in 18 States and is the third-largest party after the Congress and the BJP if one goes by the vote share. In 2014, despite not getting a single seat, it secured 19.8 per cent votes in Uttar Pradesh and more than 4.5 per cent popular votes in Madhya Pradesh and Uttarakhand, besides getting respectable vote shares in Karnataka, Punjab, Delhi, Rajasthan and Chhattisgarh.

Mayawati’s clout had increased after she supported the Samajwadi Party (SP) in the Gorakhpur and Phulpur bypolls, which showed that a united Opposition could easily defeat the BJP. A similar pre-poll alliance with the JD(S) in Karnataka showed the success of a united Opposition. There were expectations that this might be carried on to the year-end Assembly polls as well as the 2019 Lok Sabha election.

The first test will be the ensuing Assembly polls in Rajasthan, Madhya Pradesh and Chhattisgarh — all BJP-ruled States facing strong anti-incumbency. A defeat or victory will go a long way for both the BJP and the Congress. Dalits account for more than 17 per cent of the votes in Rajasthan, 15. 2 per cent of the total electorate in Madhya Pradesh and nearly 12 per cent in Chhattisgarh. The three States together account for 65 Lok Sabha seats.

The BSP polled 3.5 per cent votes in Rajasthan, 6.3 per cent in Madhya Pradesh and 4.25 per cent in Chhattisgarh in the 2013 Assembly elections. Thus, Mayawati is in a bargaining position.

However, instead of going for a grand alliance, which the Congress was hoping to form, Mayawati dashed their hopes in Chhattisgarh by aligning with former Chief Minister Ajit Jogi, who had left the Congress and formed his own Janata Congress.

Mayawati has shown that she is unpredictable and will not blindly join the anti-BJP front. It is a double snub to the Congress that she chose to align with Ajit Jogi. As a second blow in Madhya Pradesh, the BSP has decided to contest all seats even while the Congress was dilly-dallying about the seat sharing formula.

While the BSP won only four seats in Madhya Pradesh, Dalit voters might tilt the balance, especially in the Chambal area. In a third blow to the Congress, the BSP might align with the third front formed by the SP and Left parties in Rajasthan, where the Congress is in a position to win.

Had the Congress been more accommodative in seat sharing with the BSP, things would not have gone so far. The Congress is still in a “majority party mindset” not realising the reality that it has lost its strength. So for all purposes, the Opposition votes might be divided which might come to the advantage of the BJP. The BJP’s hope to come back to power depends entirely on a divided Opposition, and being in power at the Centre, the BJP is in a position to put pressure on Mayawati and other Opposition leaders who are facing cases. Both Mayawati and Ajit Jogi are facing CBI cases of corruption in Chhattisgarh.

All these show that the execution of a grand alliance will not be easy as per the Opposition plan if things are not tackled well. It is what Mayawati does in Uttar Pradesh that matters more. By that time the Opposition will know where they stand. Also, it cannot be ruled out that for their own political survival, they might come together, but most parties are looking at a post-poll scenario. As of now, there is no doubt that Mayawati has dashed the hopes of the Congress by going her way.