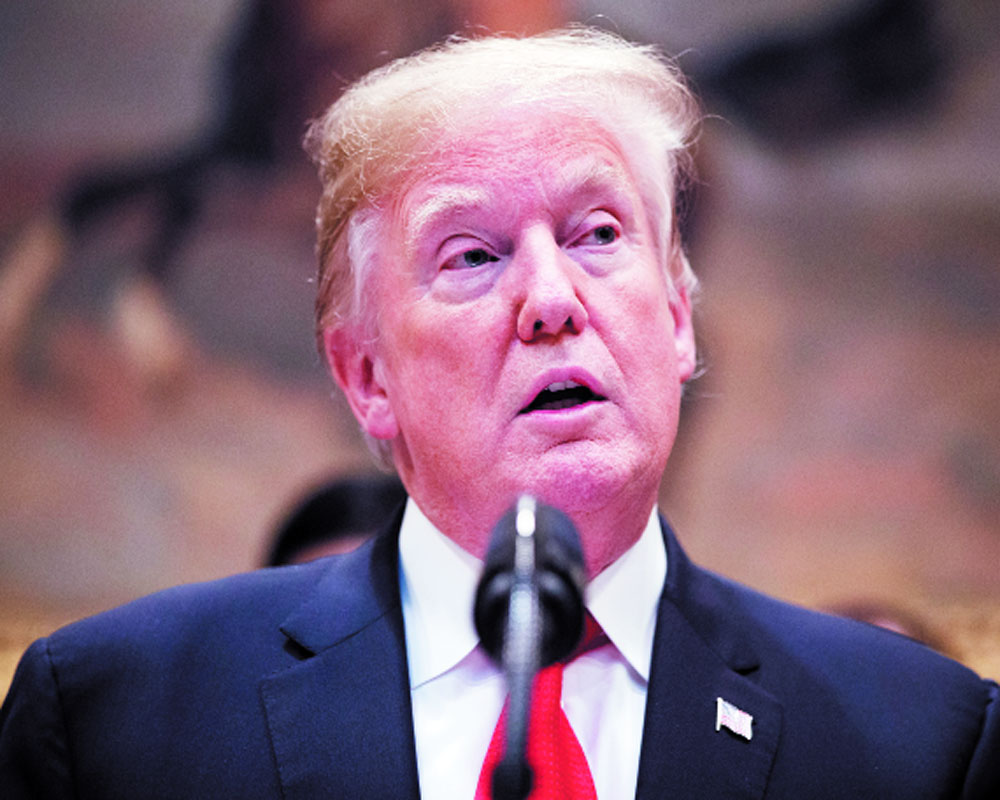 Truth has been a major casualty in modern-day conversations and the Trump saga exemplifies the global implications of power mixed with ignorance, bravado and stereotypes

US President Donald Trump is a Presbyterian Protestant, with a self-confessed affinity to the rites of the Holy Communion to ‘feel cleansed’.  He follows a long tradition of White Anglo-Saxon Protestants (WASPs) as Presidents of the US which was broken by the ‘half-WASP’ Barack Obama and the Roman Catholic, JF Kennedy in recent times. Given the mass immigration of multi-cultural and multi-religious populace, the US had become a melting pot of the most diverse, inclusive and ‘accepting’ profundities.

The constitutional segregation of the Church and the State notwithstanding, religious identity has played a part in the functioning of participative democracy in the US. The relevance of ‘moral values’ amongst candidates, a euphemism for religiosity amongst the 71 per cent Christian population, is unmistakable, especially during electioneering. The ethno-cultural-religious pattern of the polity has veered and demarcated certain preferences along political party lines — yet the fate of the six per cent minorities (Muslims, Hindus, Jews, et al) along with that of the self-declared 23 per cent population with no-religious-affiliation had remained progressively ‘inclusive’ till recent times. By 2017, the second biggest democracy (after India), had slipped from being rated as a ‘full democracy’ to a ‘flawed democracy’ as per the Global Democracy Index.

While even the likes of the widely accepted and transformational, Barack Obama, had to reassert and reiterate his ‘practicing Christian faith and status’, the societal and governance discourse had remained essentially civil and ‘accepting’. While the world was witnessing religious extremism, Obama made assuaging statements like, “empowered by faith, consistently, prayerfully, we need to find our way back to civility. That begins with stepping out of our comfort zones in an effort to bridge divisions.” However, the advent of Donald Trump on the US center-stage had regressed the narrative, and early signs of the same were visible in run-up to the Presidential elections with the inelegant allusions made in the name of the fallen US soldier, Captain Humayun Khan.

Soon the electoral success of Donald Trump was marked by his signing of the Executive Order 13769 (titled Protecting the Nation from Foreign Terrorist Entry into the United States) that was infamously known as the ‘Muslim ban’.

The spirit behind Trump’s actions militated against the Immigration and Nationality Act of the US which stated, “No person shall receive any preference or priority or be discriminated against in the issuance of an immigrant visa because of the person’s race, sex, nationality, place of birth, or place of residence.” The pettiness extended to various symbolic acts like the doing away of the Eid-celebration Iftar dinner at the White House, a tradition that was started in 1996 by the Democrat, Bill Clinton but duly retained by Trump’s fellow-Republican, George W Bush, for eight years of his Presidentship.

Donald Trump’s ignoramus status along with perceived notions and stereotypes of people of certain religious denominations is unprecedented in recent times. During a Republican fundraiser by people of Indian-origin preceding the elections, that he had stated incredulously, “I am a big fan of Hindu and I am a big fan of India. Big, big fan.” Shockingly, the still-to-be-elected President of the USA had earlier admitted that he wasn’t aware that India also had a large population of Muslims, Christians, Sikhs, Buddhists et al.

The existence of over 260 proud Indians (approximately 20 per cent of minority-faiths amongst the 1.3 billion Indians) had escaped the knowledge of the man who was poised to hold the most powerful office in the world.

Today, Donald Trump is still holding sway with acute ignorance intact, as he tweeted post the Diwali celebrations at the White House, “Today, we gathered for Diwali, a holiday observed by Buddhists, Sikhs, and Jains throughout the United States and around the world. Hundreds of millions of people have gathered with family and friends to light the diya and to mark the beginning of a New Year.”

Expectedly, the embarrassing omission of the ‘Hindus’ in the Diwali tweet was roasted and his spin-doctors went on the overdrive to attribute the mistake to a lame ‘out of sequence’ posting issue, and then proceeded to delete the initial tweet and re-tweet a more correct, “It was my great honour to host a celebration of Diwali, the Hindu festival of lights, in the Roosevelt Room at the @WhiteHouse this afternoon. Very, very special people!”

Donald Trump’s ignorance and whimsically flippant behaviour should be a warning to those who get carried away by any specific rant of his, which might resonate temporarily with the sensibilities of the person or a nation, at that moment. Even though India and Indians are not amongst his pet-peeves (Pakistan certainly is), yet India has not been spared his boorish and churlish insinuations and sarcasm. The ostensible ‘good friend’ of Prime Minister Narendra Modi had mocked his Indian accent, routinely accused India as the ‘tariff king’ and true to the patent falsehood threatened with reciprocal tariff on the ‘thousands and thousands’ of Indian motorcycles getting exported to the US. Today, even strategic allies, like Canada, Mexico, NATO nations et al, are insulted with impunity, as was recently witnessed with Trump’s undignified, personalised and factually-incorrect attack on French President Emmanuel, while on French soil, as the France was in the midst of observing the somber anniversary of the worst terrorist attack in France.

Religious extremism is a global reality and all major religions are complicit in fanning sentiments. The onus is on the political leadership to break the monopoly of the supremacist and revisionist forces by segregating religiosity from governance — especially in the big democracies like the US,  which ought to be a lodestar, for those suffering under intolerance, bigotry or dictatorship.

Truth has been a major casualty in modern-day conversations, and the Trump saga exemplifies the global implications of power mixed with ignorance, bravado and stereotypes. The US in particular, and the world at large needs statesmen who speak the language of inclusivity, probity and progress without pandering to the subliminal dark-instincts that are easy to rouse, but dangerously difficult to control once unleashed.