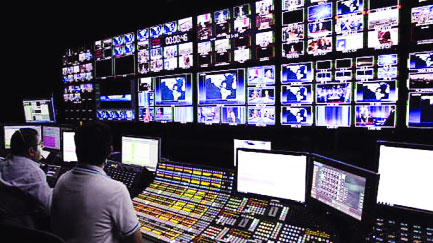 Dissent is always welcome but not advocacy of disintegration. A democracy can thrive only when all shades of opinion are expressed freely. Any attempt to stifle or shut out contrarian viewpoints will stunt intellectual development

It is a singular honour for me to deliver the 3rd Justice JS Verma Memorial Lecture on ‘Freedom & Responsibility of Media in the evolving media space’. I am, therefore, thankful to the organisers for having invited me to share my views with all of you.

As all of you here are aware, Justice Verma was a highly respected legal luminary, who had served as the Chief Justice of India and the Chairman of the National Human Rights Commission with utmost distinction. He was a firm believer in protecting fundamental rights, ensuring social justice and empowerment of women. Justice Verma was a man of great erudition and his knowledge and wisdom were tempered with high ethical and moral values. Above all, he was an outstanding humanist who delivered several landmark judgements, including the celebrated Vishaka case, which set the guidelines to prevent harassment of women at work places. He was the Chairman of the Justice Verma Committee, which recommended amendments to criminal law in the wake of the heinous Nirbhaya incident in Delhi.

Sisters and brothers, we are living in eventful times, and will perhaps eventually move to a more mellowed phase when it comes to coverage and dissemination of news. Earlier, news was considered sacrosanct. News was nothing but unadulterated reportage of happenings — an unalloyed, distilled presentation of facts. That was the golden epoch of Indian journalism which saw many a colossus, like Frank Moraes, Durga Das, Khasa Subba Rau and M Chalapathi Rau, besides Shri Ramnath Goenka and CR Irani and  others, straddle the stage of news without fear or favour. Today, however, we have news, breaking news and the so-called “fake news”, apart from the constant flow of information or disinformation, ideas, updates, alerts and other content on the digital media.

Thanks to technological advances and the information and communication technology revolution, the changing landscape of journalism has gone through a momentous revolution. Unprecedented changes in the last few decades with ever-expanding networks of 24x7 television news channels, Print and digital media have changed the face of the media.

In fact, the digital media provides news by the minute in a “fastest finger first” mode, with alerts and flashes on smartphones. In this milieu, with media houses scrambling to flash news alerts to an ever-widening base of users, freedom and responsibility of the media acquire far greater significance than ever before. In the present digital era when millions are using social media platforms, journalists will have to be extra careful in checking the veracity of information and guard against ‘fake news’ disinformation and misinformation. Vested interests and mischievous elements will always try to spread false stories. In the recent past, we have been witness to the unfortunate incidents of lynchings due to false information on social media. Through social media, fake news tends to morph seamlessly into authentic news and gets channelised through respectable media platforms. This is a dangerous trend and it is here where the media needs to tread cautiously.

In fact, the UNESCO has recently published a handbook on ‘Journalism, Fake News and Disinformation’ which I am sure will be useful for journalists and journalism educators. In today’s times, the cardinal principles of journalism, such as truth, objectivity, accuracy, credibility, fairness, impartiality, humanity and accountability, seem to have taken a back seat with news purveyors themselves assuming the role of gate-keepers. Most news channels are obsessed with lending primacy to their points of view.

Some of our senior journalists have become blatantly biased in their opinions, as their Twitter timelines reveal. This trend is best witnessed during debates on television channels and the manner in which certain developments, events or even trivial incidents get disproportionately prominent coverage and get slanted in newspapers or online websites. The disturbing trend of mixing news with views has become the new normal. Thus, the viewer or reader, who has been reduced to a passive recipient of one-sided information, will have to read three or four newspapers or watch three or more television news channels to get a fairly proper perspective of an issue or a development. At other times, he/she is forced to take sides based on the channel he/she watches or the website he/she relies upon for news. This is rather an unfortunate situation in which we find ourselves today.

Some of you may not agree with my views or may not find them palatable. But truthful reportage has become a casualty due to a cocktail of commercial interests, ideological leanings and insane scramble for breaking stories. Of course, some sections of the media have become propagandists of a particular ideology and reduced broadsheet journalism to pamphleteering. In such a scenario, freedom and responsibility cannot be considered inseparable. They are as inter-dependent on each other as a television channel is on an OB Van or a newspaper on newsprint.

Tolerance, acceptance and assimilation of diverse viewpoints have been the hallmark of Indian civilisation. This broader vision was reflected by the founding fathers of the Indian Constitution when they drafted it. The media derives its right to free speech from the broader ambit of freedom of expression guaranteed under Article 19(1) (a) of the Constitution. Barring, the infamous dark days of the Emergency period, the judiciary has consistently ensured that this freedom enjoyed by the media is not abridged under any circumstances.

The freedom of media is not absolute and is circumscribed by certain reasonable restrictions relating to security of State, public order, decency or morality, defamation and contempt of court and sovereignty and integrity of India.

I have always maintained that dissent is always welcome but not disintegration. Let me elaborate further. A democracy can thrive only when all shades of opinion are allowed to be expressed fully and freely. Any attempt to stifle or shut out contrarian viewpoints is unhealthy for a democracy and will stunt intellectual development. At the same time, anarchic forces cannot be allowed to create chaos, dissensions and undermine the country’s unity and integrity in the garb of freedom. Every Indian citizen has a responsibility in protecting the sovereignty and integrity of the country.

The media, which always champions the cause of the underdog and acts as a watchdog, has far greater responsibility because of its opinion-moulding influence on society as also on those in power. This responsibility becomes all the more acute in a developing country like India where the perception of the masses is shaped by what they see and read. Not every reader or viewer can discern the difference between motivated reportage and an unbiased news story. This responsibility is not only confined to news coverage. The media, particularly the television medium, should not promote programmes or serials which seek to justify superstitions or promote irrational beliefs. I feel that there should also be some check on sponsored health programmes, which make exaggerated claims on benefits of health products.

The social responsibility on the shoulders of the media is far greater in a country like India where still more than 20 per cent of the population is not literate and around the same number is below the poverty line. Parliament has given the Prasar Bharati, India’s public broadcaster, specific responsibilities which include strengthening democracy and democratic values; respecting India’s diversity and providing space and encouragement to the country’s diverse cultures; and caring for the underprivileged.

The Prasar Bharati has been carrying out these responsibilities with utmost diligence. But, I do feel that in a country like ours where we are still grappling with inequality with huge number of people living below the poverty line and not yet literate, all media houses have this responsibility too. In India’s context, every media house must imbibe the qualities of public service broadcaster, to some extent at least.

As long as TRPs dictate the content of the electronic media, the scope for trivialising and sensationalising issues will only increase. Most of the time, prime time debates tend to focus on non-serious issues, which hardly serve to promote the greater good of the society. And at times, there is a danger of such debates creating an atmosphere of ill-will among groups rather than forging harmonious relations.

The other issues that require a closer look vis-à-vis freedom and responsibility include changing patterns of ownership or cross-ownership, the menace of paid news, media intrusion into individual’s privacy in the name of sting operations and virtual media trials of sensational cases. In my opinion, self-regulation is the best solution and I hope that media organisations and associated bodies will introspect on the issues flagged by me. As you are aware, the Press has been described as the Fourth Estate because of the game-changing role it plays in a democracy along with Legislature, Executive and Judiciary. From the days of pre-Independence when the Press gave a big impetus to India’s freedom struggle against British imperialism to the current digitally-driven era, the media has come a long way.

The media should act as a bridge between the Government and people. It ought to ensure that justice is not denied to the people, particularly the vulnerable and marginalised sections of society. It should give equal importance to all regions of the country and all segments of society. Often, we see excessive focus on political developments and on events closer to the Capital and major metropolitan cities. This must change. The media must focus on development and welfare.

At the risk of sounding didactic, let me add that the media must enlighten people on their rights as only an informed citizenry can provide the best checks and balances in a democracy. The media should also act as an instrument of reformation in the transformation of India into a leading economic power in the coming decades. Finally, I would like to reiterate that MEDIA should function as ‘Means of Empowerment for Development through Informed Actions’. Swachh Bharat, Beti Bachao, Beti Padhao, Per drop per crop, Sarva Shiksha Abhiyan and other such programmes should be encouraged and given prominence. Information with confirmation is more than ammunition. Development should be news rather than destruction. Sensationalism is senseless. In Parliament, too, constructive debate and not obstruction should get prominence.

(Text of the speech delivered by the author, Vice President of India, at the third Justice JS Verma Memorial Lecture on ‘Freedom & Responsibility of Media in the evolving media space’)