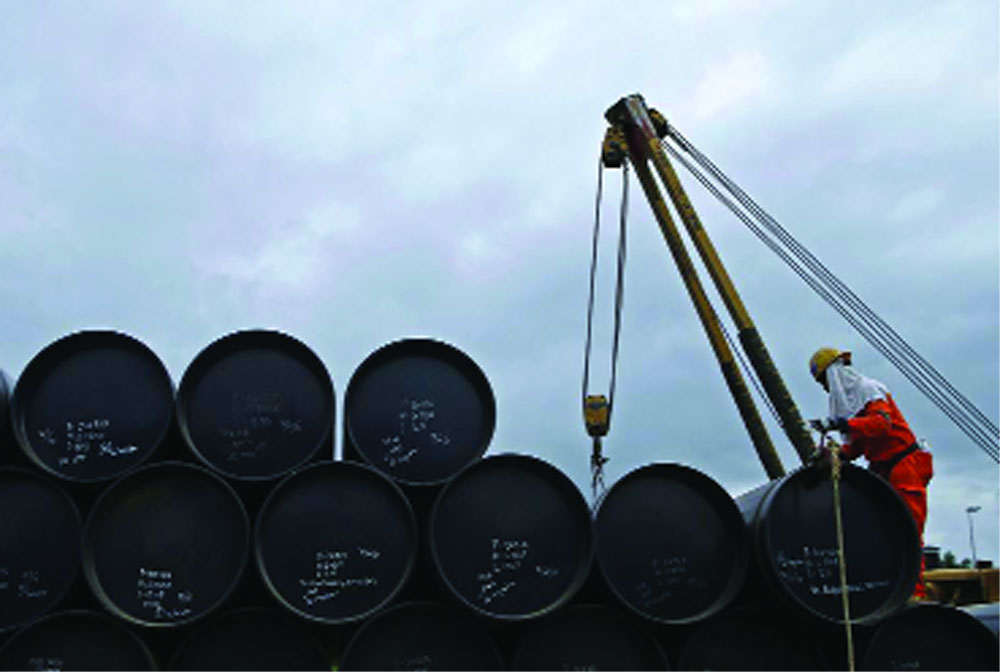 In view of rising crude oil prices, India must opt for a comprehensive strategy by which the entire transport structure is geared towards higher efficiency and lower oil dependence

There is much comment and discussion currently on the weakening of the Indian rupee. As is the case with developments of this nature once a state of equilibrium is achieved, underlying causes behind the slide in the rupee’s value will be forgotten, and we will continue with business as usual. There are reasons why the parity between the US dollar and Indian rupee has been disturbed.

Firstly, the US economy is registering a high rate of growth of over four per cent — the fastest in recent years. This is the result of increase in consumer spending and greater investment in the business sector.  With strong economic growth, the US has been attracting investments from all over the world, resulting from which the demand for the dollar has gone up, leading to an appreciation in its value. A weak rupee presents several challenges to the public and the Government. One immediate effect would be an increase in inflation, and lower consumer spending and investment which could have a negative effect on the growth of GDP and employment opportunities. But, a weaker rupee also provides opportunities for increasing exports, because in dollar terms the cost of manufacture in India would go down, making products from India competitive in the global market. One major factor contributing to weakening of the rupee is higher crude oil prices, which is leading to inflation in the economy driven by higher transport costs.

India has not learned or taken seriously the benefits of reducing the country’s dependence on oil imports. If one was to focus on an extreme case of harmful impacts of oil price increases, we need to go back to 1974. It was in 1973-74 that the first oil price shock took place, with a quadrupling of global oil prices, which led to an unbearable level of inflation of 30 per cent. This was also a time when the inflationary impact of the 1971 war for liberation of Bangladesh was affecting the Indian economy with an unhealthy deficit as a result, leading to large-scale printing of currency notes, which in turn led to too much money chasing a small quantity of goods. This was also a year when a large part of the country was affected by drought, which not only affected the rural economy, but also created problems of inadequate supply of farm products.

It is obvious that the economic crisis in 1974 led to political unrest. Consequently, Indira Gandhi as Prime Minister imposed the Emergency in June 1975. It would not be right to state that the political problems of that particular period ended once elections took place in 1977, and the Congress Government was replaced by a coalition led by Morarji Desai. The 1973-74 quadrupling of oil prices had a major impact on politics in India, and clearly that impact has not yet played out fully.

Governments have typically paid lip service to reducing our dependence on oil imports, even though periodically the country has suffered from sudden spikes in global oil prices, the effect of which was generally transmitted through the entire Indian economy.

If we look at the response of several national Governments to the 1973-74 oil price shock, a very clear strategy was followed by many. The US with its political clout was able to sell large quantities of capital equipment to major oil exporters like Saudi Arabia, and thereby tilt the balance of payments in its favour. Japan launched an extremely successful and widespread effort to improve its efficiency of energy use, getting rid of energy intensive industries, such as steel production. France moved towards large-scale use of nuclear energy and enhanced capacity of the transport sector by strengthening its railway system and increasing the speed of goods as well as passenger transportation.  The TGV innovation in passenger movement within France connecting the cities of that country at speeds exceeding 300 km/hour had a major impact in reducing oil consumption, because the railways moved towards electric traction. Most of Europe followed a similar approach in due course.

What stands out in these country cases is the development of a strategic mission and its implementation within a given period of time.

In India we have used the term “energy security” glibly in every relevant forum and in policy pronouncements, but the reality has run counter to intent. The result is that we get more and more dependent on private vehicles both in intra-city and inter-city transportation. The relative shift from rail to road transportation continues unabated leading to greater demand for petroleum products. The Indian Railways, which at the time of independence were one of the best in the world, have been providing remarkable service over past decades, but they are now woefully behind developments in other countries.

Energy security and reduction in dependence on oil imports would have huge co-benefits if we are able to create efficient public transport options. Within our cities, no doubt, the installation of metro systems would have significant benefits, but there are other options too, which require serious development and implementation such as BRT systems in several cities, dedicated bicycle paths and proper pedestrian facilities. Improved public transport would bring about benefits in the form of improved air quality, lower congestion and lower demand for road space.

It is time that energy security and reducing dependence on oil imports becomes an important goal in national development. Perfunctory pronouncements on increasing the share of electric vehicles or a few high-speed trains here and there are fine, but what one needs is a coherent and comprehensive strategy by which the entire transport structure is transformed towards higher efficiency and lower oil dependence. If we don’t accept this challenge, there will be periods in the future when the Indian economy will be held hostage to unexpected oil price increases. According to the recent BP Energy Outlook India’s energy consumption is expected to register the dubious distinction of growing the fastest among all major economies by 2035. We have the benefit of recent history in understanding the political economy of oil import dependence. If we fail to do so, then we may find ourselves in a situation like what the country faced during 1973-75, and that must be avoided at any cost. Those who don’t learn the lessons of history are doomed to repeat past mistakes.