Time for a common civil code

Time for a common civil code 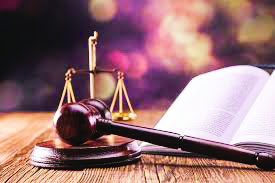 Essence of secularism implies removing any trace of religion from family laws. A uniform civil code needs to be implemented at the earliest to keep India’s diverse moral fabric intact

Muslim radicals, however, resisted changes to their personal laws, leading to the Shariat  Application Act of 1937. However, the Sharia’h was never codified, and hence, its legal standing tantamounts to nothing, despite the hullabaloo by the All India Muslim Personal Law Board (AIMPLB), which in any case is simply another NGO with no legal sanctity, set up under the aegis of Indira Gandhi in 1973, for minority appeasement.

Also, the AIMPLB is primarily a Sunni Muslim body and does not represent Shias, Bohras or Ahmadiyya Muslims. Hence, what it says is hardly representative of the broader Muslim opinion. The Dissolution of the Muslim Marriages Act of 1939 in India, which gave recourse to legal help to Muslim women, too, remained a non-starter, thanks to many self-seeking ulemas and maulvis who wilfully wanted to subjugate Muslim women by misinterpreting Sharia for their vested interests.

Ancient India’s civil codes have progressively evolved over centuries from the Vedas  and Manusmriti, which are a comprehensive set of sermons and smritis by Manu, Bhrigu, Yajnavalkya and Narada, on human duties, rights, laws, virtues, inheritance and other aspects of ethics as applied to various sections of Hindu society. Regressive traditions, like polygamy, sati, child marriage, dowry and female infanticide stopped having legal or moral sanction in India or in Hindu customs, eons back. The moot point here is most Hindu laws have also been applied to Jains, Buddhists and Sikhs, with the exception of Scheduled Tribes, over the last several decades.

While other communities, ethnic and religious groups realised the omnipotence of the Indian Constitution and the Indian Penal Code in the post-colonial period, patriarchal Muslim men were the only ones who refused to change with changing times, under the garb of Sharia’h. Much of the Sharia’h today owes its allegiance to radical schools of thought like Hanbali, Maliki, Shafi’i and the Hanafi school of thought, which was the governing diktat between 1664-1672 for the likes of Emperor Aurangzeb and other bloodthirsty Muslim invaders thereafter. Needless to add that the Supreme Court declared instant triple talaq as unconstitutional on August 22, 2017. The Narendra Modi Government’s righteous efforts to make instant triple talaq a punishable crime as per provisions of the Muslim Women Protection of Rights in Marriage Act, 2017, were stalled by the Opposition in the Rajya Sabha on January 3, 2018 and again on August 10, 2018, on flimsy grounds.

In the given circumstances, the Modi Government’s decision to bring an Ordinance on September 19 to declare triple talaq a punishable offence, is historic. In 1985, former Prime Minister Rajiv Gandhi destroyed the confidence of India’s Muslim women by overturning the Supreme Court’s 1985 verdict and denying Shah Bano, a hapless Muslim divorcee, a mere monthly alimony of Rs 179.

The wrongs done by the Congress were finally corrected by the current BJP-led dispensation after 33 long years, under the astute leadership of Prime Minister Narendra Modi. Naysayers from the Congress would do well to recall 70 Ordinances under Nehru, 77 under Indira Gandhi and 61 under Manmohan Singh, before criticising the Modi Government on opting for the Ordinance route to end triple talaq. Criminalising triple talaq sets the stage for a Uniform Civil Code (UCC), which in any case has been provided for under Article 44 of the Directive Principles. But since these principles are not legally enforceable, a suitable law is long overdue. Those who oppose UCC on the frivolous pretext that it will end India’s diversity and plurality, should know that family laws can never override the Constitution, which is the country’s only Holy Grail that is both legally tenable, and the one that has and always will, stand the test of time.

The case for the UCC was amply demonstrated by Justice Khehar and Justice Chandrachud, when a PIL by Catholic advocate Clarence Pais, who wanted divorce granted by Church courts to be held legally valid, was junked by the apex court in January 2017. The Court categorically stated that despite Christian marriages being solemnised by a parish priest in the Church as per the ‘canon law’ (Christian Personal Law),when it came to divorce-related matters, only divorce granted by courts under the Indian Constitution and under the Indian Divorce Act of 1869, are legally valid. Family laws or Church courts have no place in a democratic society if such personal laws interfere with the basic tenets of the Indian Constitution or relevant parliamentary legislations contained therein.

The fact that personal laws run subservient to the Constitution had in any case been decided way back in 1996 in the divorce battle between Molly Joseph and George Sebastian, and the 2017 judgement against Clarence Pais, only reaffirmed the 1996 verdict. Be it making Christian divorce laws ‘gender equal’ in 2001, or amending Hindu succession laws in 2005, if there can be a common criminal code, there is absolutely no reason why India should not have a common civil code. The essence of secularism implies removing any trace of religion from family laws, and that being the case, UCC is an idea that now needs to be implemented to keep India’s secular and richly diverse moral fabric intact.

(The writer is an economist and chief spokesperson for BJP, Mumbai)