Tell China, Tibet is a 'core issue': Sangay to India

Tell China, Tibet is a 'core issue': Sangay to India 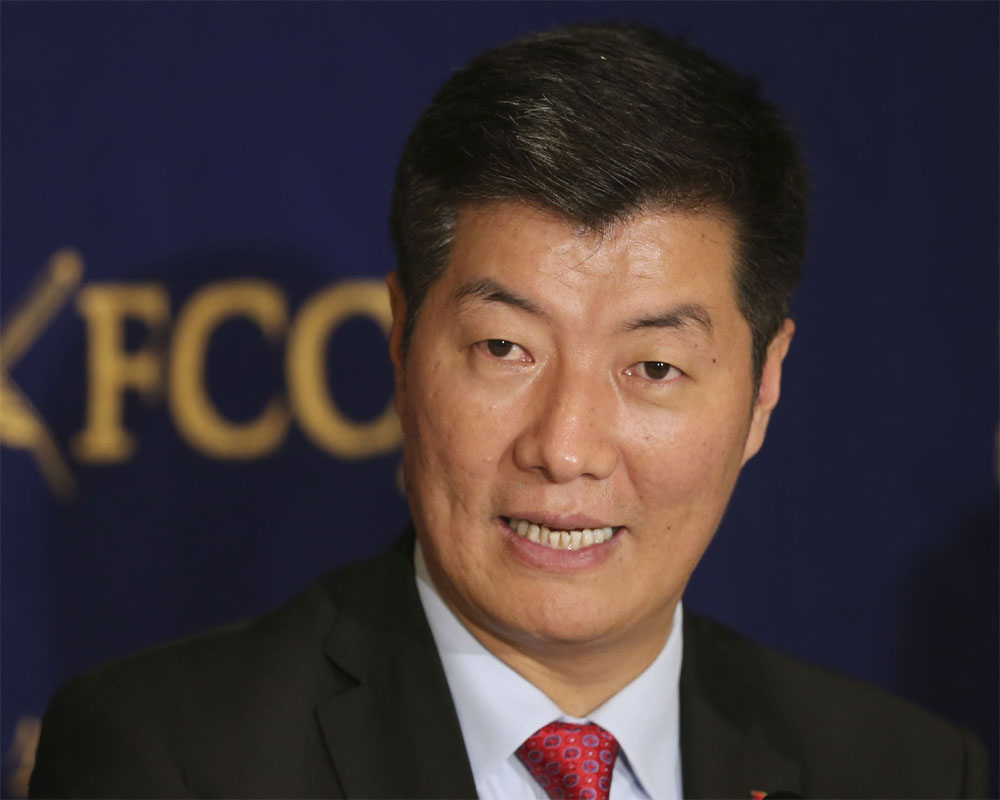 India should convey to China that Tibet is a "core issue" for it and seek "genuine autonomy" for Tibetans, Central Tibetan Administration (CTA) President Lobsang Sangay said Monday.

Releasing a flagship trilingual report titled 'Tibet was never a part of China but the middle way approach remains a viable solution', he called for a dialogue between the CTA and the Chinese government to find a  way forward.

"What we propose is a compromise, hence, the middle way approach is a viable option," Sangay said.

He also asserted that the recognition of reincarnation of Lamas was the sole prerogative of the Tibetans and the Chinese government should not interfere with it.

Warning that China was increasing its influence in all countries around India, Sangay, during a plenary discussion on the topic 'Changing Geopolitics: Why Tibet Remains the Core Issue in India-China Relations', called on the Indian government to convey to China that Tibet was a "core issue" for it.

The report was released by the Department of Information and International Relations (DIIR) of Central Tibetan Administration (CTA) .

The report published in Tibetan, English and Chinese languages, was unveiled by Professor Anand Kumar and Sangay at the launch event here.

"Tibet is a test for India, for Asia and for the whole world. If you are for Gandhian ahimsa (non-violence), then you have to be for Tibet, because we (Tibetans) follow Gandhian Ahimsa.

"If you are for democracy, we follow and we practice democracy...If you are for justice and freedom, you have to be for Tibet," the CTA president said.

For Tibetans, information is a precious commodity as "severe restrictions on expression accompanied by a relentless disinformation campaign engenders facts, knowledge and truth to become priceless, he alleged.

"This has long been the case with Tibet. Regardless of how much the PRC (People's Republic of China) attempts to cloud the world's view of Tibet, as long as Tibetans and their supporters continue to publish and promote information that reveals the truth of what goes on in the region, the push for the rights of Tibetans will continue," he said.