After SP & BSP, NCP decides to go solo in MP

After SP & BSP, NCP decides to go solo in MP 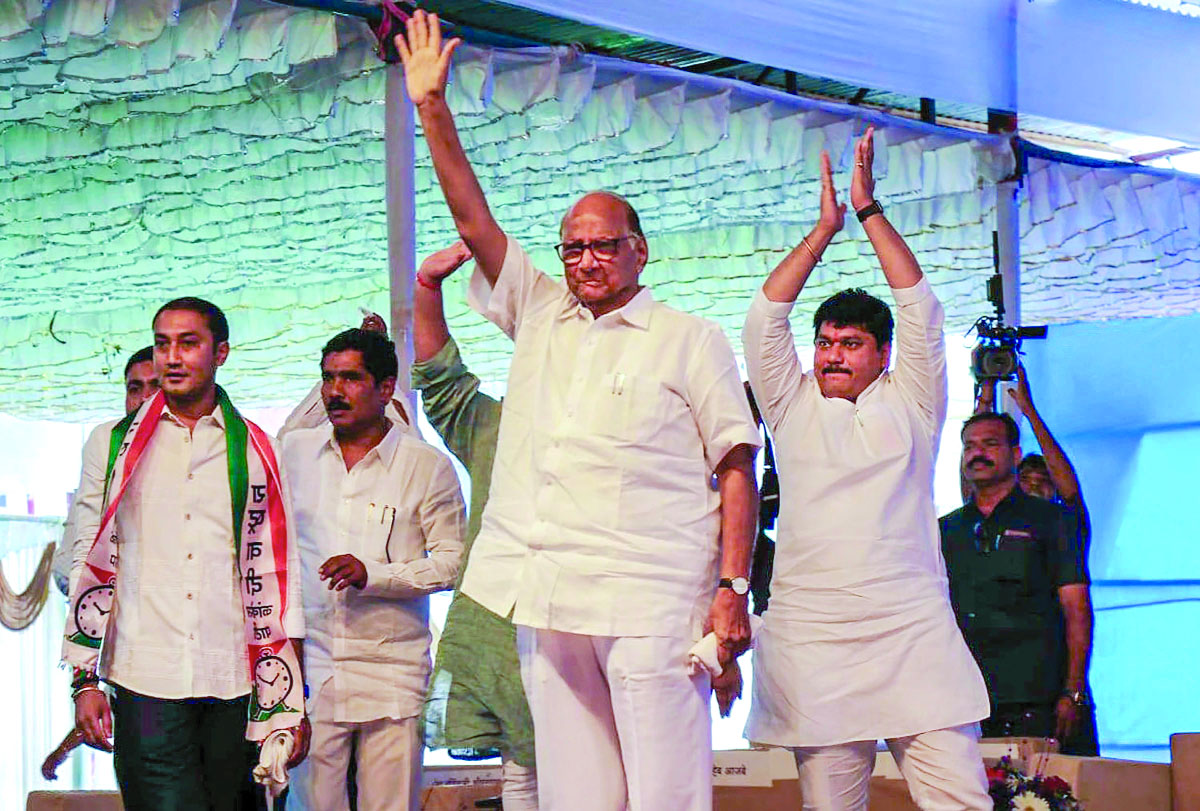 In yet another shocker for the Congress, Sharad Pawar-led Nationalist Congress Party (NCP) on Friday announced to contest over 200 seats in the forthcoming Assembly election in Madhya Pradesh.

The NCP is a constituent of the United Progressive Alliance (UPA). Other major Opposition parties — Bahujan Samaj Party (BSP) and Samajwadi Party (SP) — have already announced they will go solo in the crucial MP polls.

The NCP’s decision comes days after Pawar had announced that the party will contest only those seats in Rajasthan, MP and Chhattisgarh where his party candidates would not harm the prospects of the Congress.

Pawar had announced this after sharing the platform with Congress chief Rahul Gandhi, former Prime Minister Manmohan Singh and UPA chairperson Sonia Gandhi at a Congress event called Bharat Bandh to protest rising fuel prices on September 10. “We will only help the Congress and in a large way consolidation of the Opposition against the Modi regime which has failed on all fronts,” Pawar had said.

The NCP, the SP and the BSP have little influence in MP, but their decision not to side with the Congress raised serious question mark over the Congress’s bid to stitch together a grand alliance of the Opposition parties in the next year’s Lok Sabha polls.

Releasing the NCP manifesto, senior NCP leader and Maharashtra Legislative Council (MLC) member Rajendra Jain announced that the Pawar-led party will try to have a coalition with like-minded parties in the MP.

“We will contest more than 200 seats out of the total 230 seats in Madhya Pradesh,” Jain said joined by Gujarat NCP spokesperson Nakul Singh. Jain said the NCP has contested in these States in past and the party have strong States’ units in these regions.

The announcement of the NCP to go solo in MP has again ignited the debate over unification of the Opposition parties as Pawar had himself initiated the consolidation of Opposition ranks by meeting West Bengal Chief Minister and TMC chief Mamata Banerjee and other senior Opposition leaders on couple of occasion in recent times. The Maratha leader, who has served as a Minister in then Manmohan Singh Government also, had meetings related to the Opposition unity with Sonia and Rahul Gandhi.

Though the Congress had clarified last week that the failure of forging of an alliance with the BSP and the SP will have no adverse impact on the making of grand alliance of all Opposition parties for the next general elections.

A senior Congress leader maintained that the party decided to going alone as its internal assessment showed the party will wrest power in these States without even an ally. He explained that had the Congress ceded to the BSP and SP demand for seats in these three States it would have been forced to part with at least 20 per cent seats.

“NCP, SP and BSP have limited presence in these three States and could impact the outcome of only a handful of seats. They won’t be able to win on the remaining seats they are demanding. This will only help the BJP,” he said.

Polls in Chhattisgarh, Madhya Pradesh, Mizoram, Rajasthan and Telangana will be held between November 12 and December 7 in what may be a virtual semi-final to the 2019 Lok Sabha elections. Counting of votes will be taken up together in all the five States on December 11.