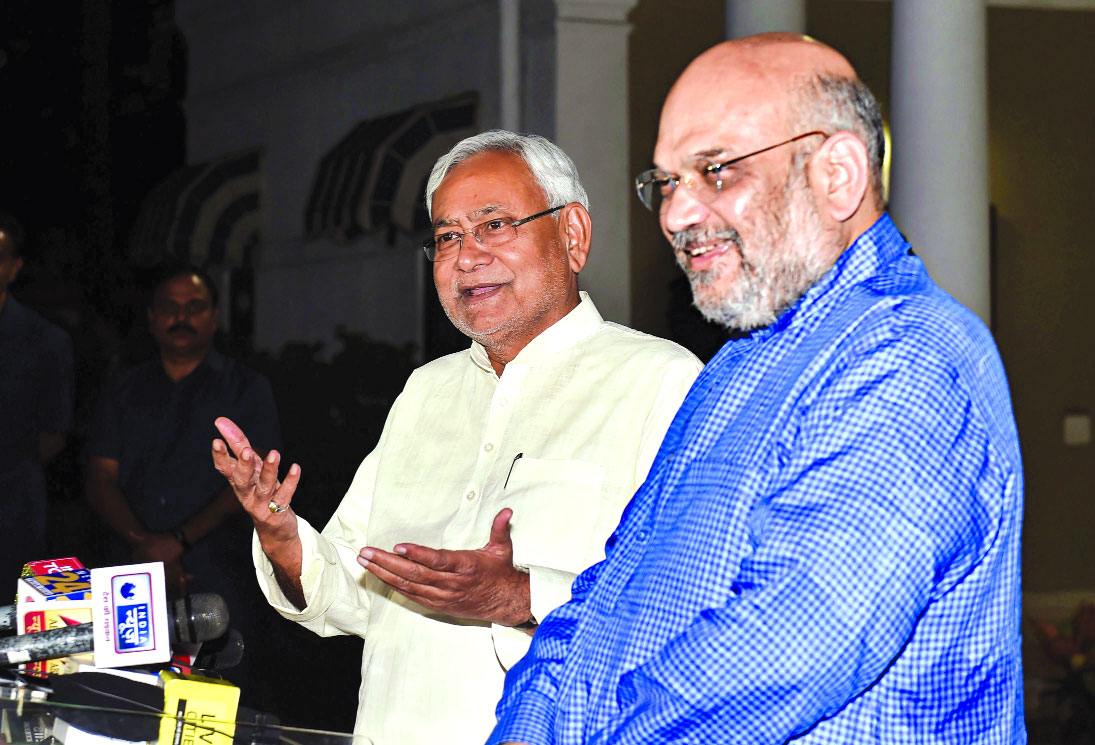 BJP president Amit Shah on Friday announced that the BJP and the JD(U) will contest equal number of seats in Bihar in the Lok Sabha elections and distribution of seats among four NDA partners will be formally announced in two-three days.

At the same time, Shah also announced here in the presence of Bihar Chief Minister Nitish Kumar that all partners will have lesser number of seats than they had last time.

The announcement was made after reports this week said that as per seat-sharing formula the BJP had agreed to contest 17 of the 40 Lok Sabha seats in Bihar, the JD(U) 16, the LJP five and the RLSP two seats. Sources in the JD(U) had, however, denied that it would contest a seat less than that allotted to the BJP insisting that equal number of seats would be shared by both the parties.

Shah’s statement has now made it clear that the BJP and the JD(U) would be on an equal footing in the 2019 Lok Sabha elections. The Bihar Chief Minister later also met the Prime Minister.

The BJP president said other NDA allies, including the LJP and the RLSP, will get due representation in the seat-sharing formula.

Addressing reporters, Shah said the number of seats which each ally is to get will be announced in next two-three days. The talks are in the final round and there is a unanimity on the issue on the seat allocation formula.

Shah did not reply to the query whether there could be exchange of seats while allocating seats to allies.

LJP chief Ram Vilas Paswan and Rashtriya Lok Samta Party leader Upendra Khushwaha are firmly with the NDA and their parties will get due representation in seat sharing, said the BJP leader. However, the RJD is eyeing to rope in RLSP with its leader Tejwaswi Yadav meeting Kushwaha.

Shah said under Narendra Modi’s leadership NDA will gain resounding majority and perform tremendously in Bihar and emerge as a big force in the State under the leadership of Nitish Kumar, Paswan and Kushwaha. He said under Modi, poor in Bihar have benefited saying the Opposition’s campaign in the State was baseless.