Cable TV to cost you more from Dec 29

Cable TV to cost you more from Dec 29 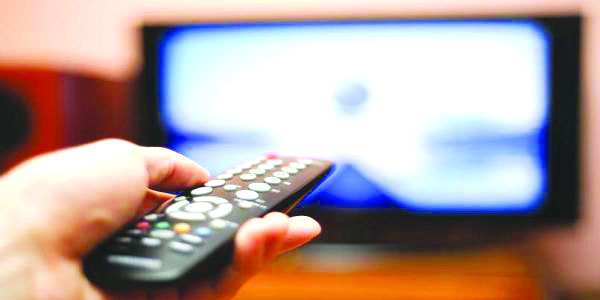 According to cable operators, under the new tariff regime, a cable TV consumer’s monthly bill will go up to Rs 400 or Rs 450 per month. If he or she is opting for premium bouquets, the bill will be over Rs 600-700 per month.

Currently, consumers pay a monthly bill of Rs 250-350 for a cable TV connection, which includes sports and regional channels depending on the localities.

As per the new tariff structure, a consumer will have to pay up to Rs 130 (plus taxes) for first set of 100 channels, which will be mostly free-to-air (FTA) channels. As of now, Multiple System Operators or MSOs offer you a bundled package of channels. The MSOs such as Tata Sky or DishTV, Airtel, Hathway, SITI, DIGI Cable (INDIA), INDUSIND, DEN, DDC network choose random channels into a package, and offer it to consumers.

According to cable TV operators, all the broadcasters have also come up with their own MRP of their channels.

The first type of category is “free & cheap” channel package or “basic pack” which will be priced at around Rs 150-200 by most cable players. This “basic pack” will be made out of “free” channels like B4U, Dabang and PTC, supplemented by the “1-rupee-channels” from big broadcasters like Star, Zee and Sony.

The channels include in this pack are Zee Anmol, Zee Action, Sony PAL, Sony WAH, Rishtey, Movies OK, Star Utsav, Star Utsav Movies, Discovery Jeet, Zee Action and Big Magic. The basic pack will also have sports channels, including Star Sports First, Star Sports 3 and DD Sport, all of which are priced in the range of Rs 1-4 per month.

The second category is a premium plan, which will be priced at Rs 300-350 for the standard definition version and Rs 450-550 per month for the HD version. This premium package will have channel such as Star Plus, Zee, Zee Cinema, Colors, Sony, &TV, SET Max, Star Movies, History TV18, Star World and &Flix.

The local cable TV operators are not happy with the new tariff regime and they have wrote to TRAI in this regard.