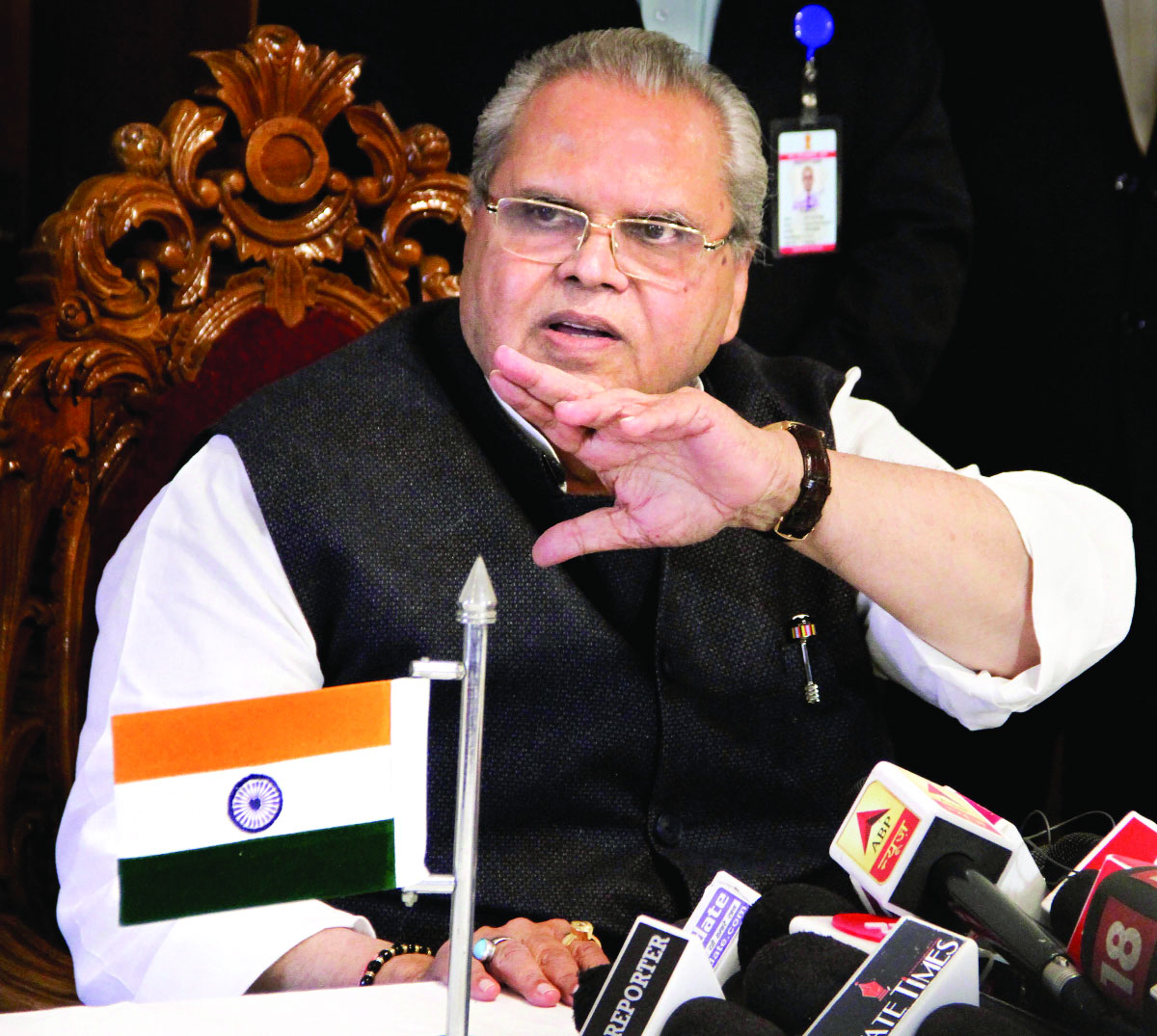 A video of J&K Governor Satya Pal Malik’s speech, delivered at ITM University, Gwalior, on November 24 shows the Governor saying the Centre wanted him to make Sajjad Lone Chief Minister of J&K, but he did not do so as he did not want to go down in history as “a dishonest man”.

“If I had turned towards Delhi, I would have invited Sajjad Lone to form a Government and history would have seen me as a dishonest man. That is why I closed that chapter. Those who want to abuse me, they are free to do so. But I am convinced that whatever I did was correct,” he is heard saying in the video that has gone viral.

As political parties in J&K started reacting “strongly” to his observations, he publicly hinted in Jammu that he might be handed over transfer orders soon. “As long as I am here, I will come to pay my tributes in the memory of Girdhari Lal Dogra,” he said, adding, “I may be transferred. It is not in my hands. Though there is no threat to my job, but fear of transfer always remains there.”

“You send me a letter I will come and offer floral tributes as long as I am here,” Malik said in his crisp speech on the occasion of the 31st death anniversary of Girdhari Lal Dogra. Late in the evening, J&K Raj Bhavan Spokesperson clarified that the Governor while taking the decision to dissolve the Legislative Assembly acted in an objective and impartial manner.

In a press statement, the Raj Bhawan Spokesman said, “There was no pressure or any kind of intervention from the Centre in the entire matter and some news channels are misinterpreting Governor’s statement and putting them out of context to convey that there was pressure from the Central Government.”

Meanwhile, in his speech in Gwalior, Malik also tried to set the record straight by training his guns on Peoples’ Democratic Party (PDP) leader Mehbooba Mufti and National Conference (NC) chief Omar Abdullah for not showing seriousness in forming a Government.

“You can’t just fax or tweet and form a Government. Why didn’t they come to Jammu? Why did they not call me? They have their party offices and a large number of leaders in Jammu, especially Congress party,” asked Malik.

“No one can claim on record that they visited the Raj Bhawan and they were turned down. My gates remain open even during midnight. I meet visitors without any prior appointment but no one turned up there,” he added.

However, reacting to the Governor’s speech in Madhya Pradesh, Omar Abdullah said in a tweet that he has never known a “politically appointed Governor going against the wishes of the Centre”.

Peoples Democratic Party chief spokesperson Rafi Ahmad Mir in Srinagar said the video of the Governor’s address has revealed how things are forced upon Kashmir. “If they (Delhi) would have installed Sajjad Lone as Chief Minister, it would have been a political disaster. Delhi should seriously rethink and stop doing experiments in the State,’’ Mir told reporters.

J&K Congress president Ghulam Ahmad Mir said the Governor had exposed how the BJP made efforts to form a Government and install a person with two legislators as Chief Minister. He said, “Governor Malik has exposed the plot of the BJP.’’