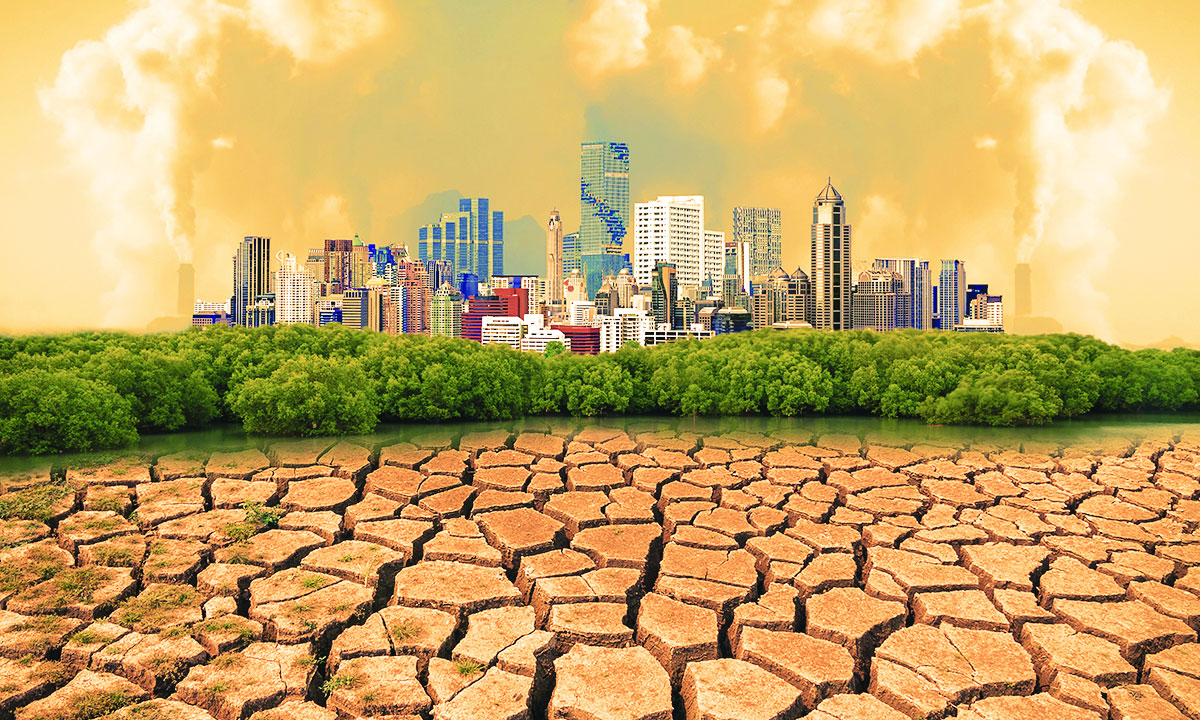 A new report released by a UN body on Monday has warned that if the world failed to contain global warming at 1.5 degrees Celsius, the rising temperature will worsen the risk of drought, floods, extreme heat and poverty for hundreds of millions of people in the world, including India which is already reeling under climatic uncertainties.

The report by the Intergovernmental Panel on Climate Change (IPCC) comes months after the World Bank study warned that changing monsoon patterns and rising temperatures driven by climate change could cost India 2.8 per cent of GDP.

The report on ‘Global Warming of 1.5 degrees Celsius’ by the IPCC does not list country wise impacts, but several scientific studies have concluded that India is one of the most vulnerable countries to climate change impacts.

In the Indian subcontinent, the IPCC report specifically mentions Kolkata and Karachi among cities that could face an increased threat of heat waves. “Karachi and Kolkata can expect annual conditions equivalent to their deadly 2015 heatwaves. Climate change is significantly contributing to increased heat-related mortality,” it stated, adding a 2 degrees rise will be catastrophic for the two cities.

“It is now the scientific consensus that global warming affects human health, causing loss of millions of lives,” co-author of the report Arthur Wyns from Climate Tracker said. Another co-author, Joyashree Roy, professor of economics at Jadavpur University, said, “We have found that the burden of global warming will fall disproportionately on the poor who are not responsible for the problem if we don’t meet 1.5 degrees Centigrade target. The most affected areas will be mega cities, coastal areas, high mountain, and small island regions. There will also be heat stress in cities and air quality will deteriorate due to high fossil fuel use like coal, diesel, woods and others.

The report states that for global warming to be contained at 1.5 degrees Celsius, the net human-caused CO2 emissions would need to fall by 45 per cent from 2010 levels by 2030, reaching net zero by around 2050.

The ‘1.5 Health Report’, which is a synthesis of the health content of IPCC report compiled by experts from University of Washington, World Health Organisation and Climate tracker, highlighted that India and Pakistan could be worst affected in the event of a 2 degree Celsius increase. Climate change is also projected to be a “poverty multiplier” through food insecurity, higher food prices, income losses, lost livelihood opportunities, adverse health impacts and population displacements.

According to the IPCC report, poverty is expected to increase with rise in global warming.  “Limiting global warming to 1.5 degree Celsius as against 2 degrees Celsius can reduce the number of people exposed to climate-related risks and poverty by up to several hundred million by 2050,” the report said.

The same limit can result in reduced losses in yields of maize, rice, wheat and other cereal crops, particularly in Asia. The report also suggests mitigation measures to reduce anthropogenic net emissions of carbon dioxide.

At 1.5C the proportion of the global population exposed to water stress could be 50 per cent lower than at 2C, it notes. Food scarcity would be less of a problem and hundreds of millions fewer people, particularly in poor countries, would be at risk of climate-related poverty.

However, the good news is that some of the kinds of actions that would be needed to limit global warming to 1.5ºC are already underway around the world, but they would need to accelerate, said Valerie Masson-Delmotte, Co-Chair of the report.

Global Warming of 1.5ºC is the first in a series of Special Reports to be produced in the IPCC’s Sixth Assessment Cycle. Next year the IPCC will release the Special Report on the Ocean and Cryosphere in a Changing Climate, and Climate Change and Land, which looks at how climate change affects land use.