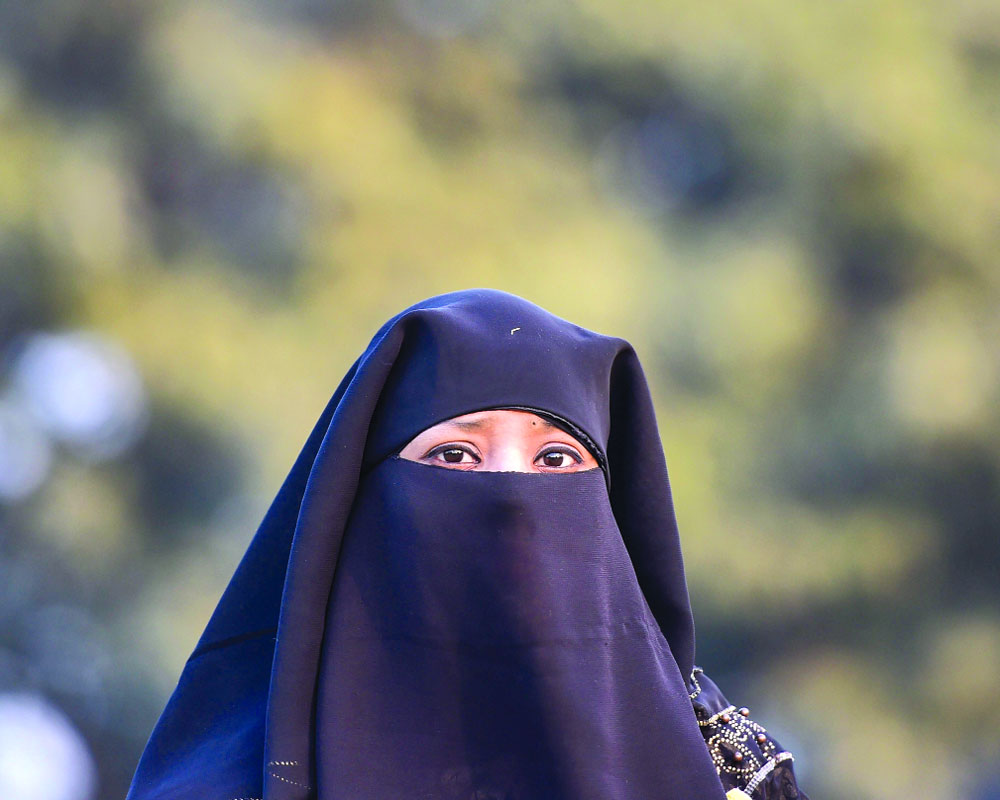 The Lok Sabha passed the Triple Talaq Bill on Thursday with the Congress, the TMC, the Samajwadi Party, the RJD and the AIADMK staging a walkout demanding the Bill be sent to “Joint Select Committee” for “thorough debates” on the provisions of criminal cases against deserter Muslim husbands.

Introducing the Bill abolishing instant triple talaq, with additional provisions for bail and patch up with spouses, Union Law Minister Ravi Shankar Prasad appealed to political parties not to weigh the historic Bill on scales of politics but rather consider providing justice to hapless Muslim women.

“Don’t weigh the Bill on the scales of politics. The Bill is about humanity and justice,” he said, urging lawmakers of different parties to speak in one voice to support the legislation.

Amid a demand by Opposition parties that the Bill be sent to a select committee for study, Prasad said the Government has already taken note of concerns expressed by members earlier and amended the Bill accordingly. Prasad said the Bill has made the offence compoundable, meaning that the case can be withdrawn if the man and his estranged wife reach a compromise, and that only the wife and her close relatives can file an FRI, ruling out the law’s misuse.

Parliament had earlier unanimously supported laws, including the one prescribing death in rape cases, aimed at giving justice to women, and the Triple Talaq Bill is also a step towards justice for women, the Law Minister said. Speaker Sumitra Mahajan allotted four hours for the debate on the Bill, which literally witnessed the arguments on political lines, with many Opposition parties raising concerns of “unnecessary jailing of Muslim men” for a private issue or tussle between a husband and a wife, while BJP and Shiv Sena MPs vociferously argued on the plight of Muslim women who face divorce via SMS and WhatsApp messages.

As soon as the House resumed at 2 pm after an adjournment to take up the Muslim Women (Protection of Rights on Marriage) Bill, Congress Leader in the Lok Sabha Mallikarjun Kharge demanded the Bill be referred to a joint select committee of both Houses for greater scrutiny. He said several provisions of the Bill were “unconstitutional”. AIADMK leader P Venugopal, TMC’s Sudip Bandhopadhyay, AIMIM’s Assaduddin Owaisi and Supriya Sule (NCP) too made similar demands. Congress MP Sushmita Deb said the Bill will jeopardise the Muslim families and sole aim of the Bill will lead to sending men to jail.

Speaker Sumitra Mahajan said a similar Bill was discussed and passed by the Lok Sabha and therefore members can flag issues during the debate. She said all of a sudden a demand cannot be made to send it to a committee.

BJP’s Mukhtar Abbas Naqvi, Meenakshi Lekhi and Smriti Irani attacked the Opposition for eyeing vote bank by ignoring the plight of the Muslim women who face hardships at the end of the day due to instant triple talaq, which is now banned in many Islamic countries. Intervening in the debate on the Bill, Union Minority Affairs Minister Naqvi said acts like murder are against the law but people still commit such crime and hence there is provision for punishment. This is not to victimise anyone but to provide safety and protection to Muslim women, he said, adding, Muslim Personal Law Board and clerics are also against triple talaq. Terming triple talaq as a social evil, he said, the time has come to abolish it.

Defending the Bill, BJP member Meenakshi Lekhi said, “I will like to ask those opposing the Bill that in which ‘suraa’ of the Quran is ‘talaq-e-biddat’ mentioned? This is not “he vs she”, these are issues of human rights violation,” she said.

Union Minister Smriti Irani said if Parliament can enact laws to ban dowry and the practice of sati, it can also approve the Bill to ban instant triple talaq. Intervening in the debate, she slammed the Congress saying it missed opportunities to bring a similar law when it was in power. She said there were suggestions that dowry is a social issue between two parties. “Still Parliament enacted a law against it. It brought law against (the practice of) sati,” she said.

Referring to a verse of the Quran, she said the issue of instant triple talaq was also dealt by a “khalifa”. When Mohammad Salim of the CPM wanted her to name the “khalifa” she was referring to, Irani said she can even take the name of Hazrat Sahib but would want the Opposition leader to chant “Hanuman Chalisa”.

She also said the 1986 law to protect Muslim women enacted after a Supreme Court order was not strong enough. “Hence, she said, there is a need for the Bill,” she said.

“If your faith is your faith, then my faith should also be my faith. Your (Government) intentions are not clean... You can bring your own law, but we will not forfeit our religion,” Owaisi said.

While replying, the Law Minister said that it was regrettable that Opposition parties were creating hurdles in its passage due to “vote bank politics”. Prasad pointed out that even after the Supreme Court judgment, as many as 477 cases of triple talaq have been reported since January 2017 and cited a case where a professor gave talaq to his wife over WhatsApp.

The Muslim Women (Protection of Rights on Marriage) Bill 2018 was passed by the Lower House with 245 votes in favour and 11 against. The Bill will now go to the Rajya Sabha for approval.

The fresh Bill will supersede an earlier Bill passed in the Lok Sabha and pending in the Rajya Sabha.  The Bill to make the practice of instant triple talaq among Muslims a penal offence was introduced in the Lok Sabha on December 17 to replace an Ordinance issued in September.