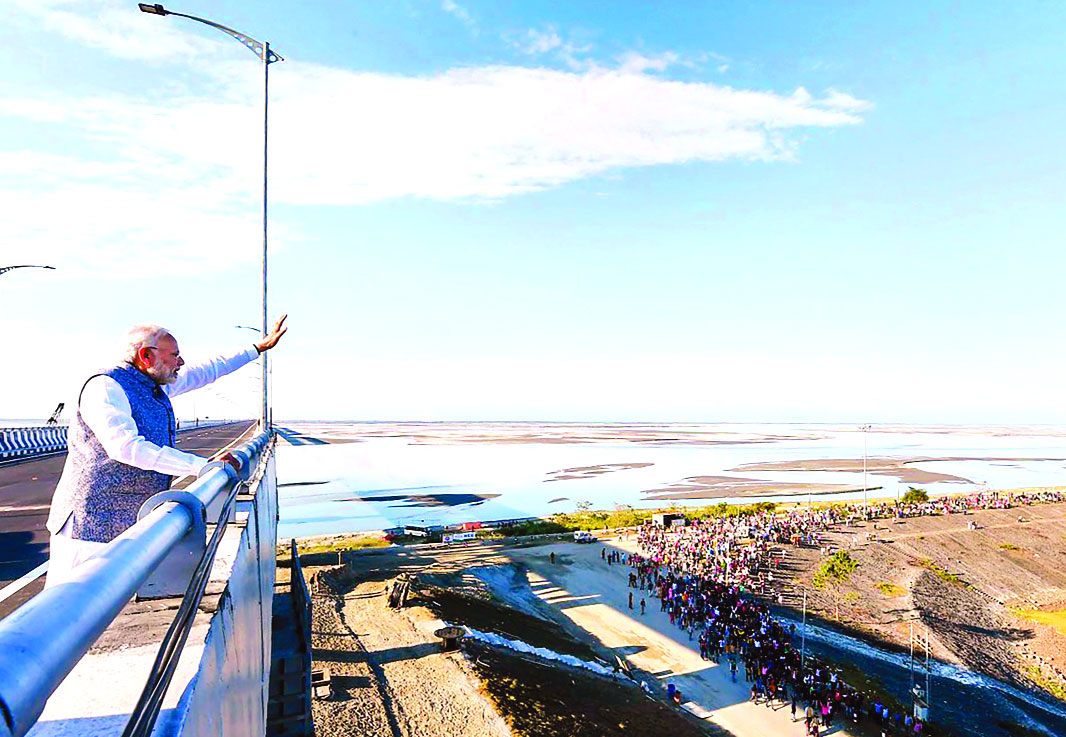 Prime Minister Narendra Modi on Tuesday said his Government has changed the “dilly-dallying” work culture regarding implementation of development projects.

Asserting that the Bogibeel bridge will strengthen the country’s defence prowess with movement of vehicles and trains, he said, it is not only a bridge, it is a lifeline for crores of people in Assam and Arunachal Pradesh.

The bridge will cut down rail distance (between Dibrugarh in Assam to Naharlagun in  Arunachal Pradesh) to below 200 km from 700 km now, Modi said.

After inaugurating the bridge, the prime minister flagged off the Tinsukia-Naharlagun Intercity Express, which will run five days a week and use the 4.9-km bridge to cut down the train-travel time between Tinsukia in Assam to Naharlagun town of Arunachal Pradesh by more than 10 hours. Itanagar, the capital of Arunachal Pradesh is just over 15 km from Naharlagun.