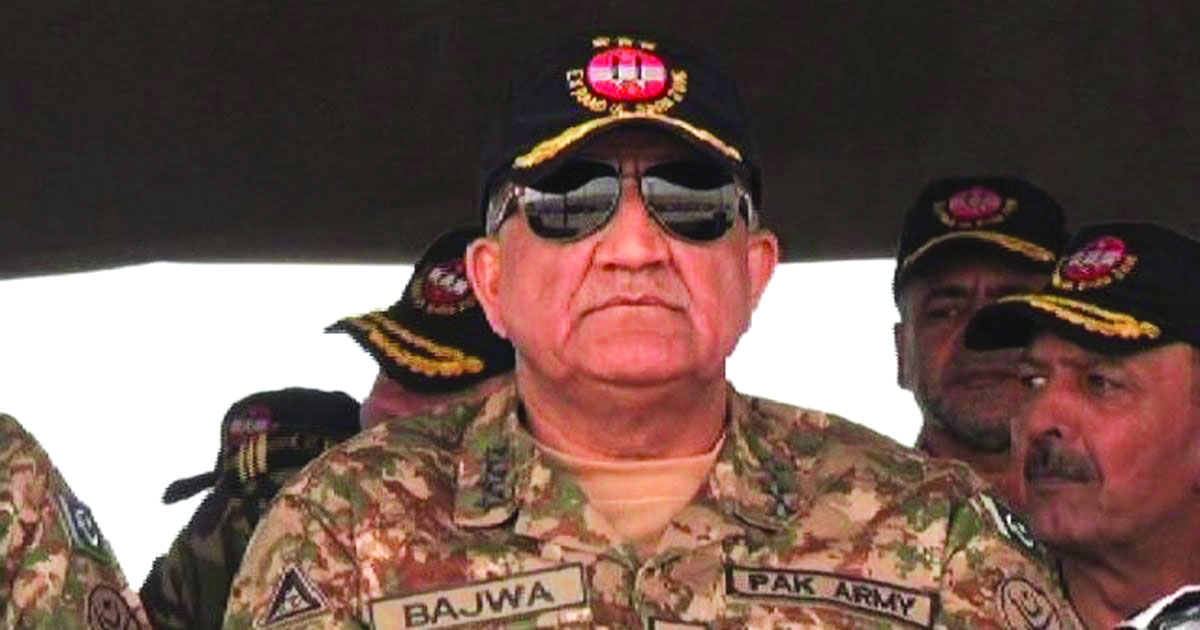 In sharp contrast to the reconciliatory tone of Pakistan’s Prime Minister Imran Khan towards India, Army chief General Qamar Jawed Bajwa has vowed to avenge blood of the country’s soldiers being shed on the border.

General Bajwa’s comments came while addressing the Defence Day ceremony in Rawalpindi on Thursday to mark the 53rd anniversary of the 1965 war with India. He also paid respect to “brothers and sisters in the occupied Jammu & Kashmir who’re writing the history of resistance”.

“We will avenge the blood flowing on the border,” Geo News quoted General Bajwa, as saying in the presence of Prime Minister, who had earlier said that his Pakistan Tehreek-e-Insaf (PTI) Government favoured good relations with India and wanted to see leaders of the two countries sitting across the table to resolve all disputes, including Kashmir.

“Our armed forces and the entire nation have learned much during their service to Pakistan. Fear and terrorism were thrust upon us. Our homes, schools, places of worship, recreational sites and national institutions were attacked,” General Bajwa said.

“Efforts were made to weaken and divide us from within. But I salute all the citizens of Pakistan and the ones safeguarding our nation who fought remarkably in these difficult times and stood against such elements,” the Army chief added.

“We have sacrificed a lot but our job is not done. The war is still ongoing. We have yet to reach the pinnacle of peace. We have to make Pakistan reach a level where no one can look at us with an evil intent.”

Sidhu’s photo of him seated next to President of Pakistan Occupied Kashmir (PoK) Masood Khan at the ceremony had also created some ripples back home.

Speaking at the same event, Khan said that “Pakistan would no more participate in someone else’s war” and insisted that there was no civil-military divide in the country.

He said that he was against the war from the very beginning and his Government’s foreign policy would be in the best interest of the nation.

“I was against this war from the very beginning. “We will not become part of a war of any other country (in future)... Our foreign policy will be in the best interest of the nation,” he said.