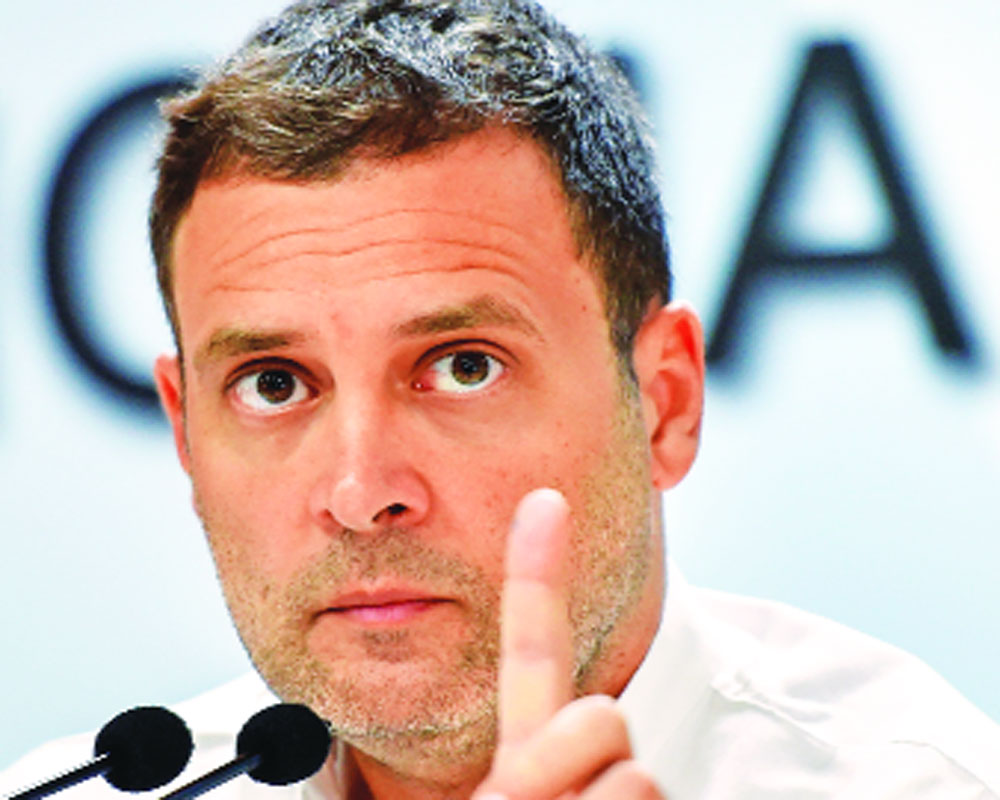 Fresh firework has erupted in the Rafale deal after a French investigative website Mediapart quoted an internal Dassault Aviation document revealing that the fighter jet manufacturer had no option but to enter into a joint venture with Anil Ambani’s Reliance Defence as it was presented as “mandatory” and a “trade-off” if the French company had to bag the 36 Rafale jets deal.

However, Dassault, in a Press release on Thursday,  claimed it “has freely chosen to make a partnership with India’s Reliance Group” and added that the decision was taken under no duress.

Latching on the revelation, Congress president Rahul Gandhi on Thursday called for an investigation, declaring that Prime Minister Narendra Modi “is corrupt.”  Also, he demanded Modi’s resignation and sought a probe into the role of Modi in the deal.

The BJP rubbished the charges and termed Rahul a “clown Prince” who has acquired mastery in levelling false allegations.

The fresh revelation in the Rafale came days after former French President Francois Hollande indicated that the Indian Government nudged France to have an offset deal with Reliance.

Mediapart, which first reported Hollande’s remarks, said the Dassault management had told its trade unions it was “imperative and mandatory” for the company to choose Reliance as an offsets partner. Incidentally, the report came out on a day when Defence Minister Nirmala Sitharaman left for Paris to hold bilateral talks with her French counterpart Florence Parly.

Quoting an internal document of the aviation giant, the news report said Deputy Chief Executive officer of Dassault, during a presentation to workers representatives, said the joint venture with Reliance for setting up a plant at Nagpur was “counterpartie.”

The report said, “At Dassault Aviation, according to a document obtained by Mediapart, the alliance with Ambani was indeed presented as a ‘counterpart’ to the Rafale sales contract. “Dassault Aviation’s deputy chief executive officer Loik Segalen made this clear on May 11, 2017 during a presentation of the Nagpur Dassault Reliance Aerospace joint venture to the staff representatives: ‘It was imperative and mandatory for Dassault Aviation to accept this counterpart, in order to get the export contract from India,’ said the no.2 (of) the group, according to elected staff,” the report added.

The joint venture is known as DRAL.

The Dassault was transferring its assembly line to produce the Falcon business jets at the DRAL facility being built in Nagpur, and had to explain to its workers why it was not creating jobs for French labourers. The company identified Reliance as “counterpart,” the news report said.

The Mediapart article said the document suggested the Dassault official had explained to its staff that the joint venture was a “trade-off.”

The French aviation company, however, denied the report and said it “has freely chosen to make a partnership with India’s Reliance Group.”  “This joint-venture, Dassault Reliance Aerospace Ltd (DRAL), was created February 10, 2017. Other partnerships have been signed with other companies such as BTSL, DEFSYS, Kinetic, Mahindra, Maini, SAMTEL,... Other negotiations are ongoing with a hundred-odd other potential partners,” Dassault said in a press release.

The statement said within the framework of the September 2016 Inter-Government Agreement between France and India, Dassault Aviation has sold 36 Rafale aircraft to India. In compliance with the Indian regulations (Defence Procurement Procedure) and as frequent with such a contract, Dassault Aviation has committed to offset in India worth 50 per cent value of the purchase.

Continuing his broadside against the Prime Minister, Rahul alleged that Modi helped his industrialist friend Anil Ambani pocket Rs 30,000 crore in the purchase of 36 aircraft.

The Congress president also described Sitharaman’s visit to France as part of a “great cover-up”.

“Why has suddenly the defence minister rushed to France? What is the emergency?” he asked.

BJP spokesperson Sambit Patra called Rahul a nitwit who did not know the technical details and process of the fighter jet purchase deal and telling lies irresponsibly.

Quoting Air Force Chief  B S Dhanoa  that Rafale deal  is a “game changer” , BJP spokesperson charged  Congress  chief  with mocking national security. He said Rahul is trying to build his political career by spreading lies on the  fighter jet deal with France. Now the people of the country will decide who to believe in, the air chief marshal or Gandhi, Patra said.

Patra repeatedly called Rahul as a Rs clown-Prince ‘ who would was making allegations but shirking from commenting on his brother-in-law  Robert Vadra’s attempts to lap up offset deal in the Rafale deal during the UPA regime.  He asked why Rahul was repeatedly taking name of Anil Ambani while forgetting role of Ottavio Quattrocchi in the controversial Bofors Gun deal during the Congress regime.