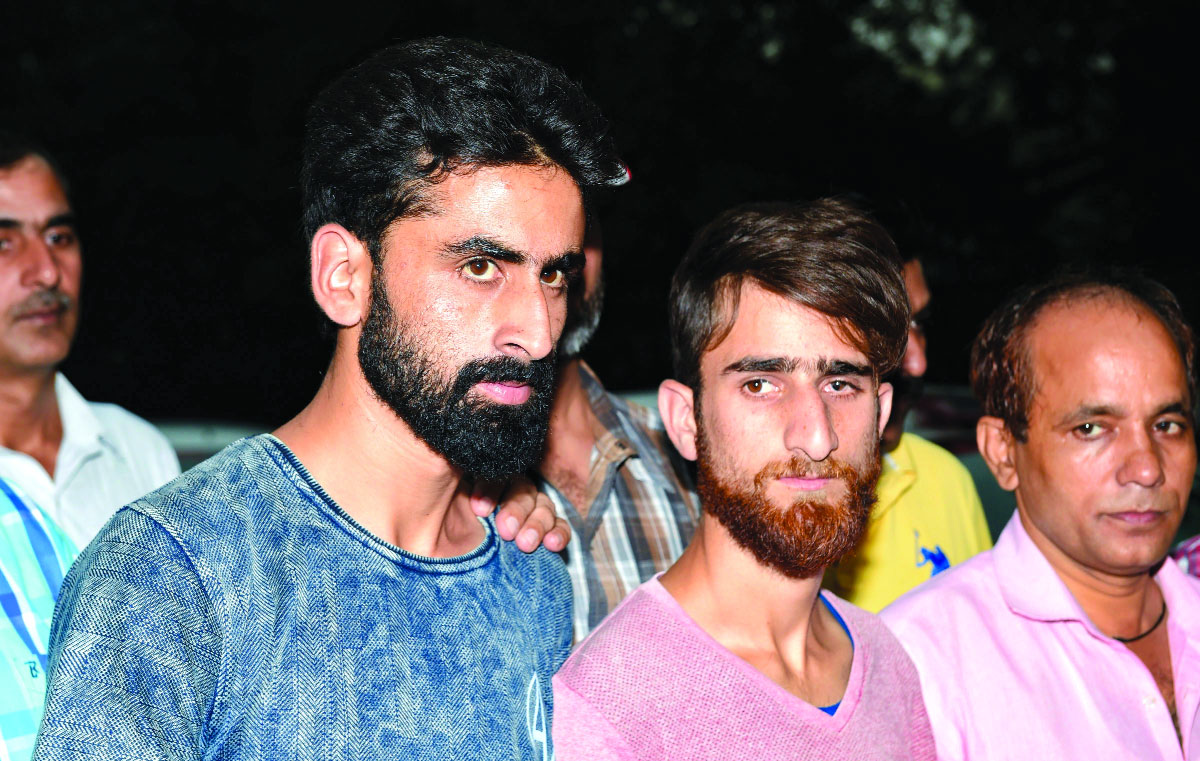 Two suspected terrorists, affiliated to the Islamic State of Iraq and Syria (ISIS) in Jammu & Kashmir (ISJK) organisation, were arrested from near the Red Fort by the Special Cell (anti-terror unit of Delhi Police). The duo hailing from Shopian in Kashmir Valley were identified as Parvez (24) and Jamshid (19).

They were arrested from the Jama Masjid bus stop near the Red Fort, said PS Kushwah, Deputy Commissioner of Police (DCP) Special Cell.

They were boarding a bus to return to Jammu & Kashmir when they were nabbed around 10.45 pm on Thursday.

Intelligence inputs provided by Central security agencies and subsequent investigation by Delhi Police revealed that the duo was using Delhi as a transit point, Kushwah said.

“They were arrested from Jama Masjid bus stop near Red Fort around 10.45pm on Thursday. They had arrived in Delhi on September 4 and were planning to return back to Jammu.

The accused identified as Parvaiz Rashid Lone and Jamsheed Zahoor Paul, residents of Shopian, Jammu & Kashmir claimed to be procuring weapons from Uttar Pradesh on the instructions of ISJK chief Omar Ibn Nazir and transporting it to Jammu,” the DCP stated.

“In a way, Delhi was a transit from which they were intercepted. During interrogation, it was revealed that Parvaiz, an M-Tech student from a college in Uttar Pradesh, is the elder brother of Firdous Rashid Lone who along with one Sameer Ahmed Lone was killed by security forces in an encounter in Shopian, J&K on January 24, 2018. Brainwashed by the radical elements, Firdous joined militancy on September 5, 2016. Parvaiz Rashid in turn was influenced by the killing of his younger brother Firdous Rashid and joined the ranks of ISJK,” the DCP revealed.

“Jamsheed Zahoor Paul got involved with the terrorist outfit when he met his friend’s brother-in-law Owais who introduced him to Omar Ibn Nazir, the ISJK chief. Jamsheed also facilitated the stay and onward travel of terrorist Abdullah Basit, an ISIS suspect who was arrested by the NIA in Delhi on the directions of Omar Ibn Nazir,” the DCP said.

“Two sophisticated pistols and 10 cartridges were recovered from the accused persons. This was their second trip in procuring weapons from Uttar Pradesh. The ISJK is in nascent stage and is a close knit group of trusted and verified members. Recently, four members of the ISJK were killed in an encounter in J&K. Further investigation is underway,” the DCP added.