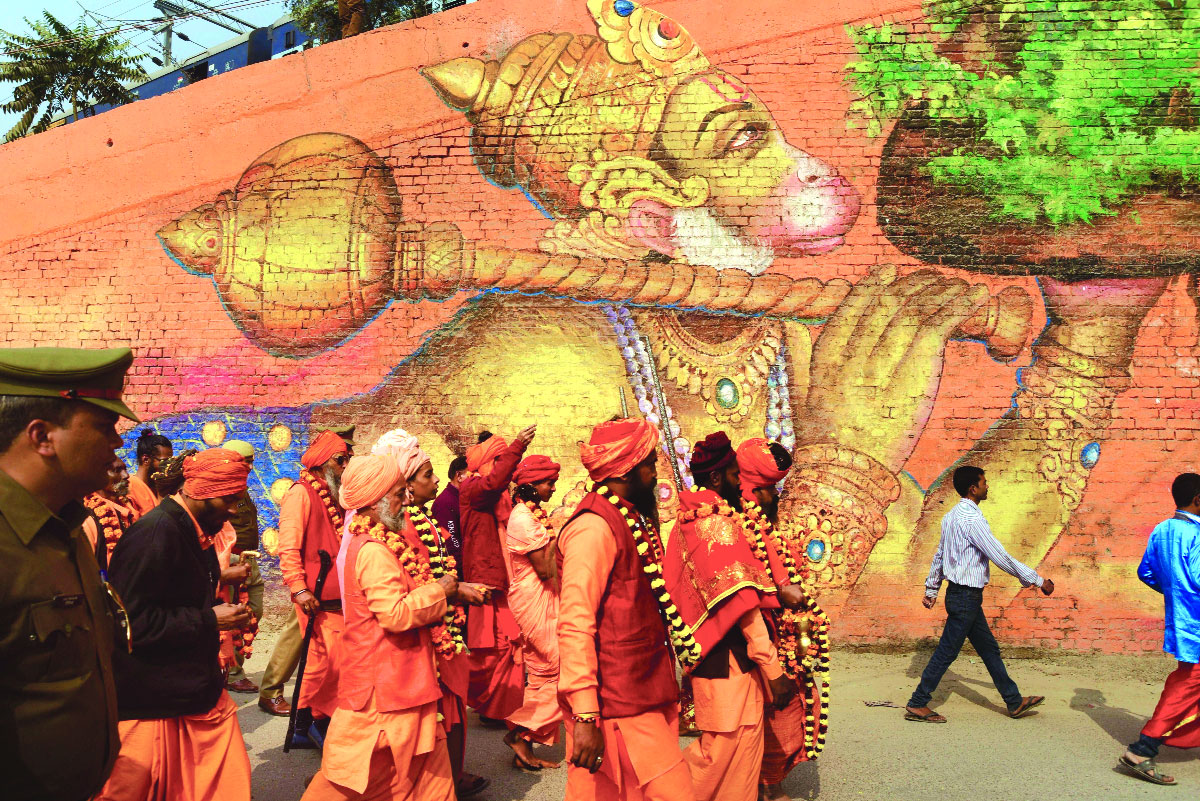 To promote tourism in water transport during Kumbh Mela beginning from January 15, 2019, the Narendra Modi Government plans to promote the use of inland waterways for ferrying pilgrims and tourists.

The Inland Waterways Authority of India (IWAI) has set up four floating terminals, one each at Kila Ghat, Saraswati Ghat, Naini Bridge and Sujawan Ghat. In addition, two vessels — CL Kasturba and SL Kamla — and small boats will be deployed for pilgrim movement. The ships will ferry passengers between these terminals and also between Varanasi and Allahabad, a distance of 60 km. Over 70 Heads of Missions based in Delhi have reached Prayagraj to witness the preparations for the Kumbh Mela to be held next month.

It is estimated that over 15 crore people will visit next year Kumbh Mela. The Kumbh Mela is believed to be the largest religious gathering in the world and is held every 12 years on the banks of the ‘Sangam’ — the confluence of the holy rivers Ganga, Yamuna and the mythical Saraswati —in Prayagraj (Allahabad).

Officials said the route for the water transport service will stretch from Sujawan Ghat to Rail Bridge (Naini Side) and then to Boat Club Ghat to Saraswati Ghat ending at Kila Ghat. Multiple terminals will be constructed on this stretch of 20 kms and boats and vessels will be provided by the Mela Authority. Fairway with navigational aids will be maintained between Prayagraj and Varanasi with targeted least available depth (LAD) of 1.0 m. Five temporary jetties at Chatnag, Sirsa, Sitamarhi, Vindhyachal and Chunar have also been set up for embarkment and dis-embarkment of passengers.

Sources also said that a Russian company is expected to start an airboat service. The airboat will have an engine of a vehicle and carry 16 people at a time. It can cruise up to 80 kilometers per hour and requires a depth of only 1 meter. The Kumbh Mela is a religious Hindu pilgrimage that is celebrated four times over a course of 12 years. The geographical location spans four locations (each hosts a Mela every 12 years): Haridwar on the Ganges in Uttarakhand, Ujjain on the Shipra in Madhya Pradesh and Nashik on Godavari in Maharashtra (apart from Allahabad).

The UP Government has drawn up an estimate of more than Rs 4,200 crore for the preparations around next year’s Kumbh Mela and has asked the Central Government to bear more than half the cost. This will make the mega pilgrimage in 2019 the costliest ever. The last full Kumbh Mela in 2013 cost less than a third of the amount estimated for next year. The Mela, which usually extends up to 55 days, draws millions of pilgrims from across the world, who take the holy dip at the sacred confluence of the Ganga, Yamuna and Sarasvati rivers.

The Government also plans to run vessels, mini cruises and commercial ships in the River Yamuna from Prayagraj to New Delhi in near future.

On November 12, Prime Minister Narendra Modi launched the first national waterway from Varanasi’s Ramnagar to Haldia. As a part of development of NW-1 (Allahabad to Haldia) IWAI is making substantial interventions to make navigable the Allahabad -Varanasi stretch of River Ganga. In this regard, IWAI is working on providing a sufficient draft of 1.0 meter for the entire channel in river Ganga between Allahabad and Varanasi. This will ensure seamless and safe movement of vessels. IWAI has earlier started a Roll on-Roll off (Ro-Ro) facility in collaboration with the Government of Assam to provide the much-needed connectivity for Majuli Island.