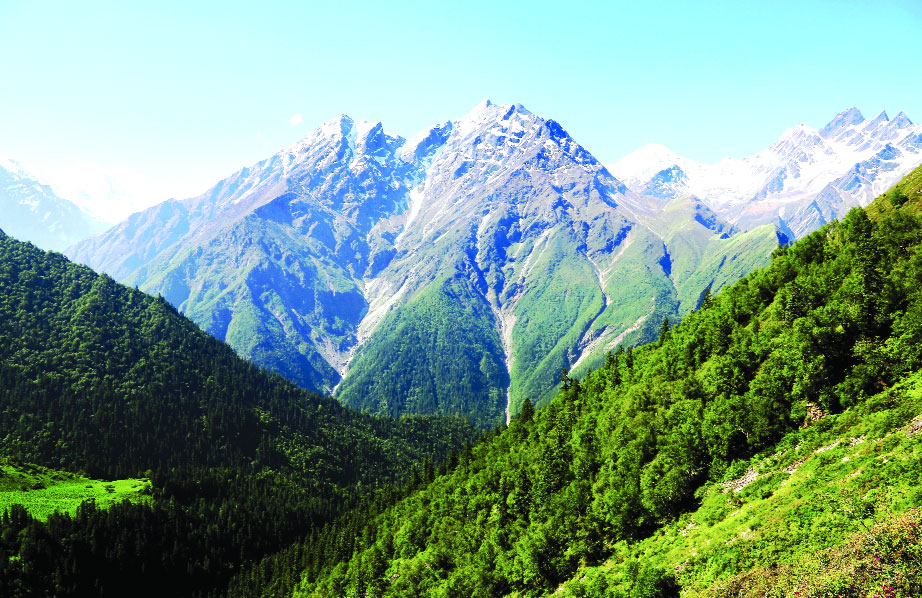 Ban on human activities and focused conservation undertaken since 1983 in Uttarakhand’s Nanda Devi National Park has further enriched the wilderness and forest composition of the park situated in high altitude of Western Himalayas, according to a research.

Researchers from GB Pant National Institute of Himalayan Environment and Sustainable Development had carried out a month-long study to assess floristic diversity, community composition and regeneration status of different forests in the park post-prohibition of human activities in almost last four decades in the National Park. They noted that the prohibition of anthropogenic activities, which was imposed to save the peak of Nanda Devi (7816 m) housed in the National Park. helped bring positive changes in the region too in the form of growth of high value plants, diversity, forest composition and improved ecological conditions of the region spread over 624 kilometer square.

Giving details of the high rich plant varieties they found during the expedition, the authors said, “A total of 409 taxa belonging to 203 genera and 71 families (377 Angiosperms, 7 Gymnosperms and 25 Pteridophytes) were documented from the National Park. Two types of forest communities, ie Betula utilis along timberline, and mixed forest of Abies spectabilis with B. utilis form the dominant forests inside the National Park. Earlier they were scarce in numbers.”

“Maximum species richness was observed in Dibrugheta (128) followed by Dharansi (43) and Sarsopatal (34) among the studied alpine meadows of this National Park,” said researchers Vikram S Negi, Lalit Giri and K Chandra Sekar in their study published in the latest issue of Current Science journal.

“Tagged as World Heritage Site by UNESCO in 1988, the park is situated around the peak of Nanda Devi (7816 m) in the hill State of Northern India. Till 1983, tourism was allowed in the Biosphere Reserve which has two core areas — Valley of Flowers and Nanda Devi National Park which is home to Nanda Devi Peak also. However, the Government banned tourists’ entry in the region to save the peak of Nanda Devi from environmental degradation,” Dr Vikram S Negi told The Pioneer.

He said the comparison of the present study with the earlier studies conducted in 1993 and 2003, has indicated positive changes on plant diversity, forest composition and ecological conditions of the National Park.  Also, proportionate distribution of individuals in seedling, sapling and tree layers showed considerable variation in the population structure of different communities, Negi said.

Pitching in for such bans in the other biosphere reserves areas particularly at the time when the country is looking to increase its green cover, the researchers felt that the present results could be a pilot to strengthen conservation measures across the Protected Area Network.

They also suggested establishment of a few permanent long-term monitoring sites as per globally accepted protocols to understand the relation between vegetation shifting and climate warming. They also called for steps to prevent illegal harvesting of Yarchagumba herb, valued for its tonic and aphrodisiacal properties in medicine, in the outer zone of the National Park, a buffer zone covering more than 5,000 km square.