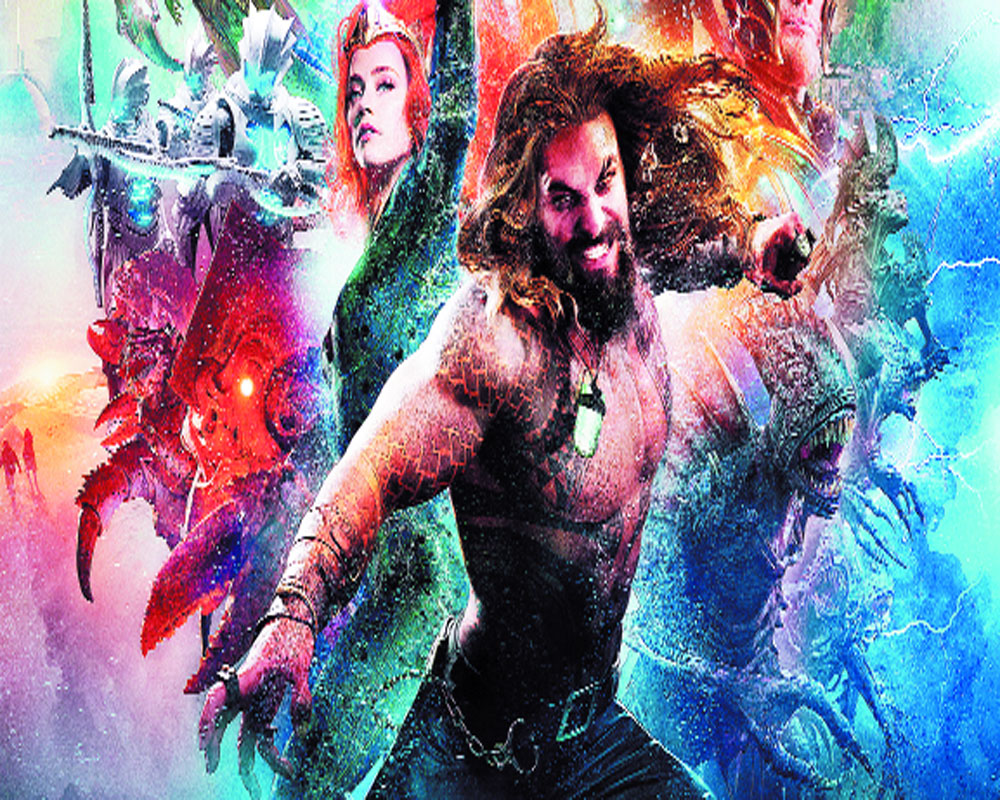 A rare week when both big movies were from the Marvel and DC worlds and both were impactful in their own way. Aquaman, the underwater (mostly) action-thriller, stitched together with a lot of CGI perfection, is a Bollywood style action romance family drama kind of apocalypse approaching movie which keeps you seated and engaged till the very end.

When it’s Hollywood, almost always the world has to come to an end and for the heroes to get into action. Aquaman is no different with the aquatic beings of the legendary city of Atlantis, helmed by an unscrupulous power monger, is all set to attack the surface beings in a concerted, hi-tech move to become the Ocean King. As always, there is one hero to foil all the evil designs on a grand scale and bring back humanity as we know it from the brink.

The larger than life man here is a half-breed and a love child of a surface-ocean couple which has since separated due to the tidings of the underwater kingdom’s rules. Nicole Kidman, the queen of Atlantis, does a super short cameo full of tender loving care before she has to leave her child and partner to return to the machinations of her native kingdom.

Jason Momoa as Aquaman is big, quirky and happening as is this underwater extravaganza from the extended DC verse which is on a high tide all through and that’s really something that the audiences would want as thrills on the waterfront. A must see in that sense and not just for action junkies. The tender emotions too have been woven in.