An estranged link with the roots

An estranged link with the roots 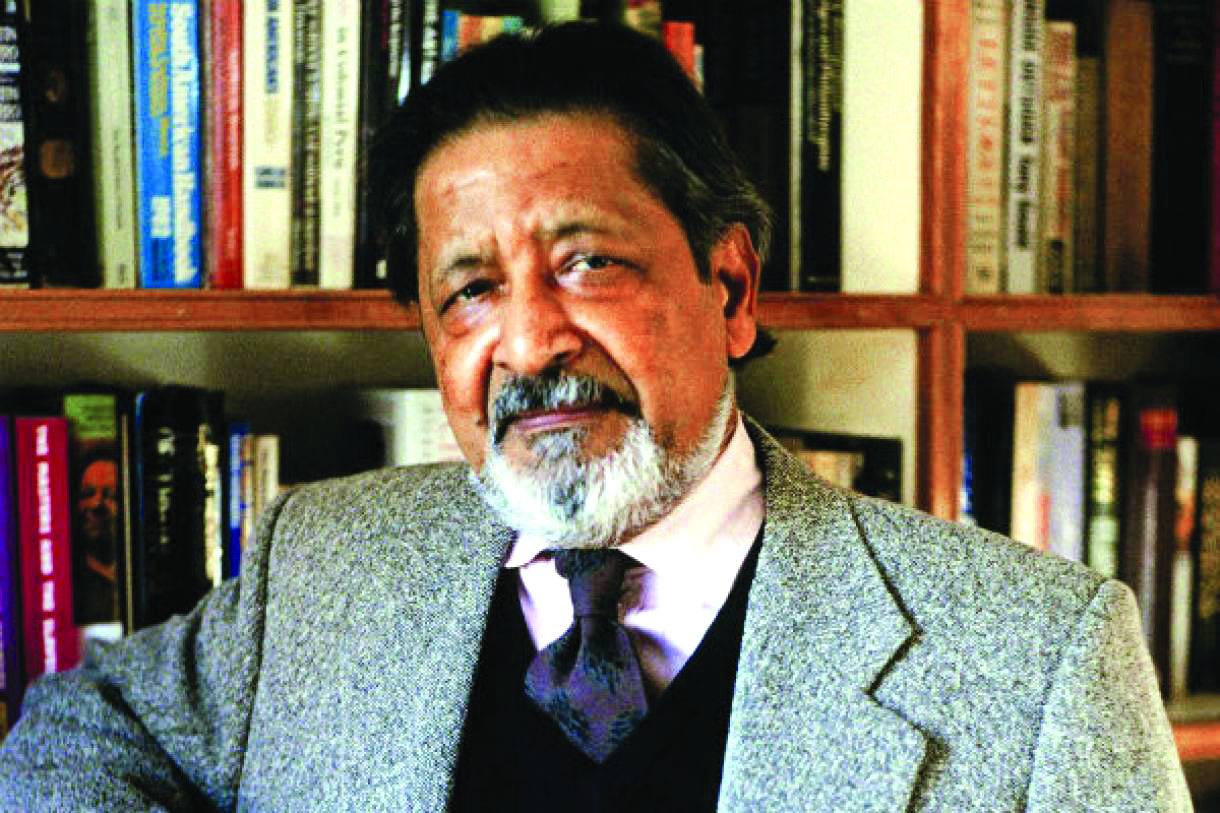 An almost desperate need to not be Indian, marked by a colonial sense of superiority that entailed a strange pride in making racist and sexist remarks, made VS Naipaul too controversial to simply admire, writes UMANG AGGARWAl

I worked very hard at keeping affection for him,” Diana Athil, Trinidad-born British author VS Naipaul’s first publisher, said after his death on August 11 this year. That practically sums up the feelings of anybody who has ever tried to read his novels and struggled to keep the author separate from the person that was Naipaul. The author, who died at the age of 85, had won the Nobel prize in literature in the year 2001 and has been widely acknowledged for his skill at writing in the English language. And yet, there’s a large section of readers familiar with his works who find it extremely complicated to love and respect Naipaul. Not only did he make some of the most controversial statements on a wide range of topics, he was also quite smug about it.

Racism, sexism, religion-based discrimination — VS Naipaul was guilty of all. Some of his most virulent remarks, however, have probably been about the birth nation of his ancestors, India. One can say that some of his Indian readers tried very hard to praise and defend Naipaul for as long as they could. There are still some who try to retain at least a little part of that complex emotion for him. But as an author as well as an individual, Naipaul did everything to keep them from doing that.

At the Neemrana literature Festival conducted by the Indian Council for Cultural Relations in the year 2002, novelist Shashi Deshpande, said, “(The festival) was a celebration of a Nobel laureate …whom India, hopefully, even sycophantically, considered an Indian.” Even though Naipaul wrote extensively on India and Trinidad, and found success only in the works that dealt with these places, he himself refused to identify as a person of Indian origin. While that refusal might have been accepted or respected to some extent, Naipaul exacerbated the situation by making offensive and reductive statements about the country, its authors, its past, as well as its present. He went from saying that he was not Indian but Trinidadian to saying that he did not feel any belongingness or respect for the latter ‘home’ either. For India, he would later go on to say, “I went to India and met some people who had been involved in this guerrilla business, middle-class people who were rather vain and foolish. There was no revolutionary grandeur to it. Nothing.”

Naipaul once said, “Home is, I suppose, a child’s idea. A house at night and a lamp in the house. A place to feel safe.” One can see that he denied himself any part of that safety by calling neither India, nor Trinidad, and later not even England, his ‘home’.

The author’s complete name, Sir Vidiadhar Surajprasad Naipaul, reads like a loaded statement in itself when looked at in the context of his frustrated relationship with the homeland. ‘Naipaul’ is believed to be a derivation from Nepal, which was formerly a part of the Indian subcontinent and is argued to have been his place of origin. ‘Vidiadhar Surajprasad,’ his very name screams that the author had Indian origins. But Naipaul screamed back, quite distastefully too, and announced that he was not Indian. In India: A Million Mutinies Now, he writes, “If you get too attached to your roots in the old sense, you might actually become unrooted, fossilised. At least in form, at least in style, you must get into the new stream, get the new roots.”

“Sir,” the prefix added to his name, came as a very conscious decision of him not just foregoing but also ridiculing his connection with India. His sister, Savi Naipaul Akal, too, went from affection to delusion with the author. Commenting on how his disdain for people increased with his achievements, she once said: “Pa would not have liked everything about the man Vidia. Pa would have been appalled and angry over his treatment of Shiva (his young brother). Pa would have been distressed that Vidia had developed an hauteur and callousness that upset and wounded so many good people. He would have been horrified by Vidia’s treatment of Ma. He would have been more than displeased that Vidia had not invited her or, indeed, a single other member of his family, to attend his knighting by Queen Elizabeth or his grand Nobel award from the King of Sweden. And, finally, Pa would have been mortified that Vidia had married a divorced Muslim woman within days of the death from cancer of his long-suffering and loyal wife Pat.”

Ironically, Naipaul’s most celebrated novels in Britain made statements that largely offended Indian readers. An Area of Darkness andA Wounded Civilisation are cases in point. Passionately criticising the second novel for being hateful towards Indian Muslims and claiming that such an author should not be ‘honoured’ at any literature festival, author-actor Girish Karnad said, “The ‘wound’ in the title is the one inflicted on India by Babar’s invasion. Since then, Naipaul has never missed a chance to weigh in against the ‘invaders’, accusing them of having savaged India for five centuries, of having brought, among other dreadful things, poverty into it and destroyed the glorious ancient Hindu culture.”

His critics have often argued that he tried to embrace the colonial attitude of the British towards Africans and Indians in a desperate attempt to fit in. But after having gained from writing “fantastically rude” novels about India, he went on to say, “The only Hindi word my mother carried from India was ‘beta’ and she said ‘Beta please leave India to the Indians’.”

While attending literature festivals with Indian authors, he said that Indian authors are repetitive because they don’t have anything original to write about! He even added that what they write is banal and he didn’t have time for banality. “If writers just sit and talk about oppression, they are not going to do much writing. And my difference on that kind of attitude is that I have to make a living by writing,” he had added. Nayantara Sehgal was among the writers who bore the brunt of this. Organisers of a literature festival had later said, “It is difficult to organise a festival with him (Naipaul) as an invitee.”

When it comes to race, Naipaul has gone to the extent of saying, “Africans need to be kicked, that’s the only thing they understand.”

“A woman-beating misogynist,” is a description of Naipaul that hardly shocks one anymore. He told his biographer, Patrick French, that on one occasion he beat his mistress Margaret Murray so severely that his hand hurt.” His focus was more on the pain in his hand as he explained (only to be refuted) that the woman in question “didn’t mind.”

Was it a sense of homelessness that made Naipaul who he wasij Can any ache really justify his treatment of people at largeij Both the dancer and the dance are equally offensive in his case. Naipaul once said, “If an author does not generate hostility, he is dead.” All one can say with certainty about him is that at least according to the standard set by himself, in generating hostility, VS Naipaul continues to live.