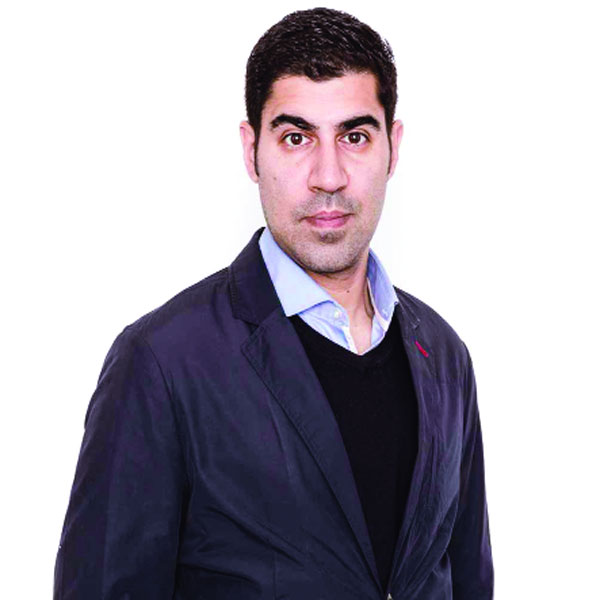 Reimagine a world where life is organised. Think of the planet like a human body. The skeleton is the transportation system of roads and railways, bridges and tunnels, air and seaports that enable mobility. The vascular system powers the body and the nervous system is the Internet cables, satellites, cellular networks and data centre. And this infrastructure consists of  64 million km of roads, four million km of railways, two million km of pipelines and one million km of Internet cables. And international borders? Less than 500,000 km.

He hails from Kanpur, has travelled the world — Abu Dhabi, Dubai, Germany and New York to name a few and did his PhD in international relations. The work that he does — the academic work as researcher or a professor or a scholar — reflects the outside-in view of the countries to which he travels. Meet Parag Khanna, a geopolitical futurist who foresees a world in which megacities, supply chains and connective technologies redraw the map away from states and borders.

“I spend long time in many countries. This helps me give an outside-in view. For me it is not just about teaching but what my company does as well. I can help countries with their national strategies, their long term goals and their infrastructure investment. The reason why I can do so is because I look at what the other countries are doing which one country may not be looking at,” Khanna says.

What he does today took root when Khanna was very young. His parents took him when the Berlin Wall fell in 1989. Within a month of the felling, he was there. “I was 12 when my parents took me to Berlin. The Wall was still there expect for a few missing pieces. I physically hammered away at the Wall. That was a life changing experience. From that time, I had no doubts what I wanted to do,” Khanna recalls.

According to him, in terms of India’s dos and don’t, what the country is doing correctly now, which it should have been doing for a very long time, is its spending on the infrastructure.

“In my book — Connectography: Mapping The Future of Global Civilisation — I focus on the multiplier effect and the benefits of the infrastructure investment. This is a problem with the most post colonial world is inadequate spending of infrastructure like the Internet, railways, roadways and industries. All connectivity among humans doesn’t not just mean being wireless, it is related to infrastructure. People think that borders are all powerful because we put them on a map. What I do in my work is put infrastructure on the map which is more powerful and important,” Khanna explains.

Another thing that is important and India is doing it is good governance. “We have been Independent for 70 years, but good governance has been happening in the last 15 years or so. India Shining campaign earlier, was premature. But today, Indians can be proud of the structural investment that is taking place. Every democracy has too much politics. I define my career on focusing on policies and not the politics. There are two types of countries — those that get the policies right despite the politics and those where the politics destroys the policies. We need to be in the former category,” Khanna tells you.

He tells you that 99 per cent of our time is spent on daily tug of war — getting our supply chain correct, connectivity, who am I most dependent on and who is getting the larger portion of international trade. Only one per cent of the time is spent of securing our borders. Not that we are negating the role of military issues. We all sleep soundly because we know our soldiers are protecting our borders. But would we be able to sleep well if we were not sure if we had a job tomorrow. In their and scheme of things, connectivity is more important. “Smart countries settle the territory wars so that they can then focus on the tug of war. One succeeds if we win the tug of war,” Khanna says whose association with TED began back in 2008.

To begin with Khanna was nervous because of the high quality of talks that is usually associated with TED and didn’t know much about it. But after he gave his first talk (n 2008), he has been part of many high energy talks.

“For me, TED is not just an event, it is a movement. The more talks that I give, the more I feel it is like a yatra. It is more of a spiritual journey and that makes the event special than any other event. One has to get into a special zone,” he tells you who calls himself a topographical engineer.

His books, six in all till now follows a series. He has just finished his trilogy with Connectography... His new book — The Future is Asian: Commerce, Conflict and Culture in the 21st Century is set to release in early 2019.

“While the trilogy is over, my books are a constant evolution. That’s how I write my books. The idea for my first book took shape for a few reasons. First, there was a very lively debate, in the early 2000s, on how powerful China was becoming its emergence as a superpower. Second, was on the consequences of the Iraq war and is the US trying to assert itself as a superpower. Third, how Europe is divorcing itself from the US. All the three can’t be leading the world. I set out  to reconstructing the truth,” Khanna says who tells you that since he has so much information, he tends to overwrite. But what he doesn’t do is keep notes to do a back story.