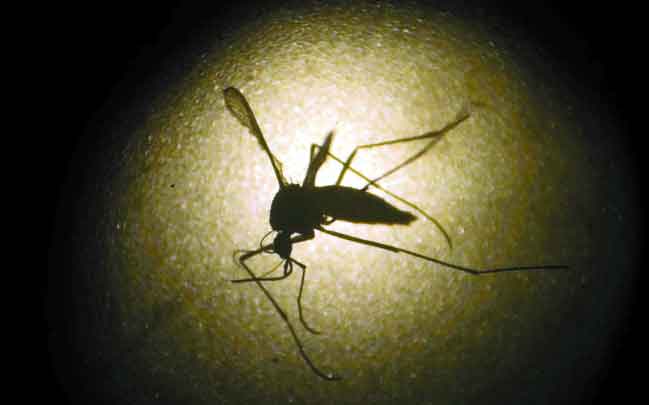 The 2018 has been a healthy year for India as far as viruses and bacteria are concerned as we didn’t have a major impact of any of the virus outbreak as compared to the previous years. Be it Nipah, Dengue, Chikunguniya, Influenza or Japanese Encephalitis (JE) viruses, we have had a few sporadic cases but it seems to have gone now.

The credit goes to the awareness. The major causes of such epidemic are unhealthy living conditions, unawareness about the disease and over population. The population has to be made aware about how to prevent it and protect themselves too. Simple measures like planting lemongrass can prevent mosquito breeding. We need to have such sustained educational awareness programmes.

It is such an irony. Two years back, Sri Lanka was declared malaria free and at the same time, malaria was creating havoc in Delhi with people’s deaths. Once the monsoon season starts, everybody gets scared of having malaria or any other water borne diseases to arise.

The success of Swachh Bharat Mission will contribute to strengthening the healthcare sector.  It not just means creating more toilets and other amenities but to stop waterlogging, cover potholes and maintaining the drains so that there is no scope for mosquito breeding.

In foreign countries, vector borne diseases have been curtailed because their emphasis was on cleanliness and leaving no space for mosquito breeding. We should run initiatives like donating mosquito repellents to people.

There should be more money put in for the research and development to create genetically modified (GM) mosquitoes that are being used in other countries to combat mosquito-borne pathogens, including viruses like Malaria, Dengue and Zika. These scientific measures have to be taken to prevent mosquitoes breeding. We are still far away from producing vaccines for such diseases.

It is also important to have a proper system in place to make sure no viruses are imported from abroad. Especially the ones like Nipah which was imported and had a handful of cases in India. If anyone enters India which has an outbreak of such viruses, all you will be asked you if you have fever or not, get a  form filled and  enter.  But if you will go to countries like China and New Zealand, you have to go through proper scanning.

This is  for the first time we are witnessing the present Government trying to use health of the people as a plank for getting votes. This is a healthy trend because economic health and physical health are related. A healthy country means less number of patients not available for work and getting to greater economic growth.

One of the biggest highlight this year in healthcare sector is Prime Minister Narendra Modi’s declaration of having India TB free by 2025. One of the greatest medical issues in our country is TB. There is an urgent need to promote affordable and quality testing facility for tuberculosis.

Another highlight was the launch of Ayushman Bharat Scheme. The intentions of the Government are good but they have to have the support from the doctors and other stakeholders.

There are a few points which I am unhappy about. First, dependence on the private sector. This has been happening for 40 years. The Government gives the land for a private hospital at a low cost with a commitment that they will be a certain number of beds for the poor patients which was never taken care of.

The Government hospitals need sprucing while private hospitals have prospered. This is not helping the patients and the doctors. If you will look at the budgets of all the corporate hospitals, the maximum amount is spent in marketing and business strategy with doctors getting little amount. It is going to be a great shift if Ayushman Bharat prospers.

Third, the Government has to have doctors from the private and Government hospitals on the same table and make them go through the whole New National Medical Commission Bill and proper implementation of the Medical Establishment Act and other Healthcare policies. If the policies are not implemented effectively at the grassroot level, all of this will not make any difference.

Kerala witnessed 42% of all dengue deaths this year. A report by National Vector Borne Disease Control Programme says that till September 30, 2018, the total number of dengue cases in India was 40868 with 83 deaths. As per South Delhi Municipal Corporation, the total number of cases of the vector-borne disease in Delhi this year has gone up to 2,798, out of which 141 were reported in December. So far, 473 malaria cases and 165 chikungunya cases have come to light in Delhi so far this year.

According to WHO World Malaria Report 2018, India has turned out as the only country among the 11 highest-burden countries to make progress in reducing disease burden. It registered a 24% decrease in 2017 compared to 2016. In 2017, a five-year National Strategic Plan was launched for its elimination to end it in 571 districts out of 678 by 2022

Over 280 cases of Zika virus infection, including two deaths, were reported from Rajasthan, Madhya Pradesh & Gujarat from September to November.

This year, till December 9, the H1N1 had killed 969 people across India and the total number of reported cases stood at 13,447. The number of influenza cases and deaths in a few western and southern States was higher than the rest. Around 204 people died due to H1N1 in Rajasthan and 2,116 have been admitted in hospitals. Also, 2,053 cases of H1N1 have been reported in Gujarat & of those, 88 people have died. In the south, Karnataka and Kerala are the most affected States with 59 and 40 H1N1 virus deaths.

Nipah Virus (NiV) outbreak that occurred in the state of Kerala during the months of May-June 2018, reported 18 confirmed cases of Nipah virus infection and 17 deaths

(The writer is Consultant Microbiologist & Founder of Dr Dang’s Labs)