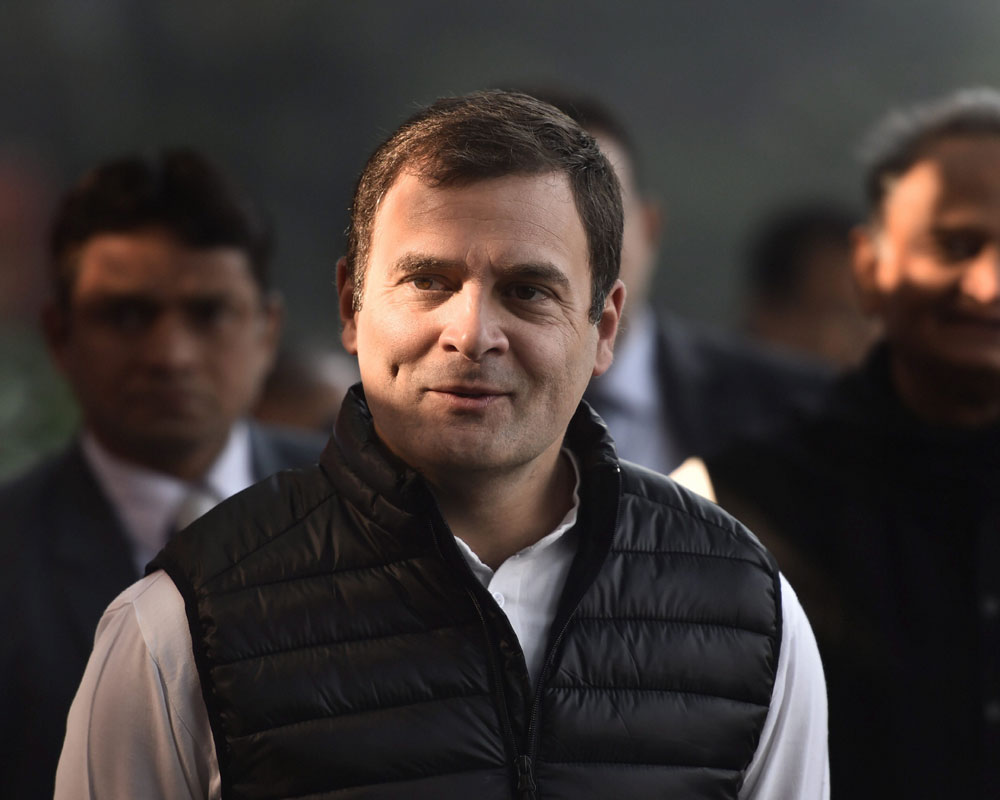 Congress president Rahul Gandhi on Sunday hit out at Prime Minister Narendra Modi and claimed that "cynical" sponsors of 2019 Vibrant Gujarat Summit no longer wanted to be associated with an event presided over by him.

He said the sponsors had left the stage "empty".

"At the Vibrant Gujarat Summit 2019, cynical sponsors no longer want to associate themselves with an event presided over by NoMo. They have left the stage, the way he likes it...Empty," Gandhi said in a tweet, citing a media report.

The report claimed that the United Kingdom, after refusing to be a "partner country" at the upcoming investor summit, on December 14 said it had decided to withdraw from the "show-piece, state-led event" due to lack of satisfactory "commercial outcomes".

Reportedly, the UK is the second country after the United States to pull out as a partner country for the summit that is scheduled to be held from January 18 to 20, 2019.