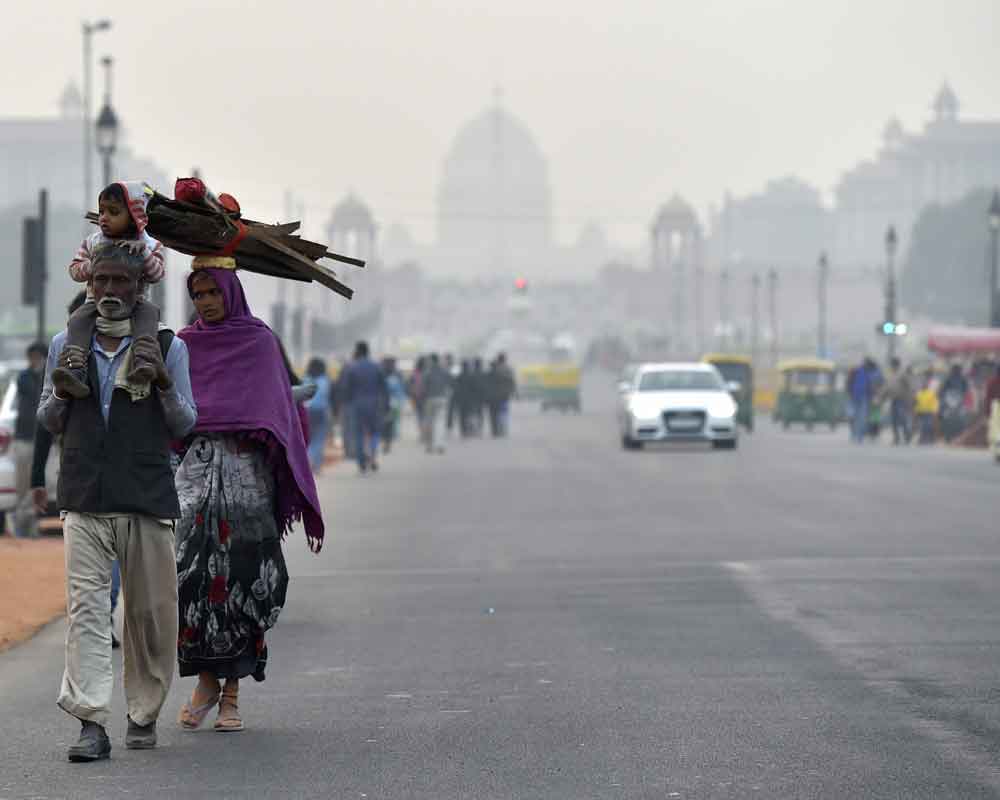 The national capital on Sunday recorded its coldest December temperature in the past 12 years with mercury dipping to 3.7 degrees Celsius, as a moderate cover of fog surrounded the city dropping visibility.

The minimum temperature for the month lower than Sunday's was recorded on December 29, 2007 at 3.9 degrees Celsius, according to data from the Met department.

The Sunday's minimum temperature was four notches below the season's average, a Met department official said.

The all-time lowest temperature in the national capital for the month of December was 1.1 degrees Celsius recorded on December 26, 1945, the data showed.

The morning also witnessed a moderate cover of fog around the city with visibility dropping to 300 metres at Palam and 400 metres at Safdarjung, said the MeT department official.

The maximum temperature for the day is expected to hover around 22 degrees Celsius, he said.

As the day progresses, it is likely to become partly cloudy. Haze will also appear in the evening, said the official.