I'll once again extend hand of friendship to India after 2019 elections : Imran Khan

I'll once again extend hand of friendship to India after 2019 elections : Imran Khan 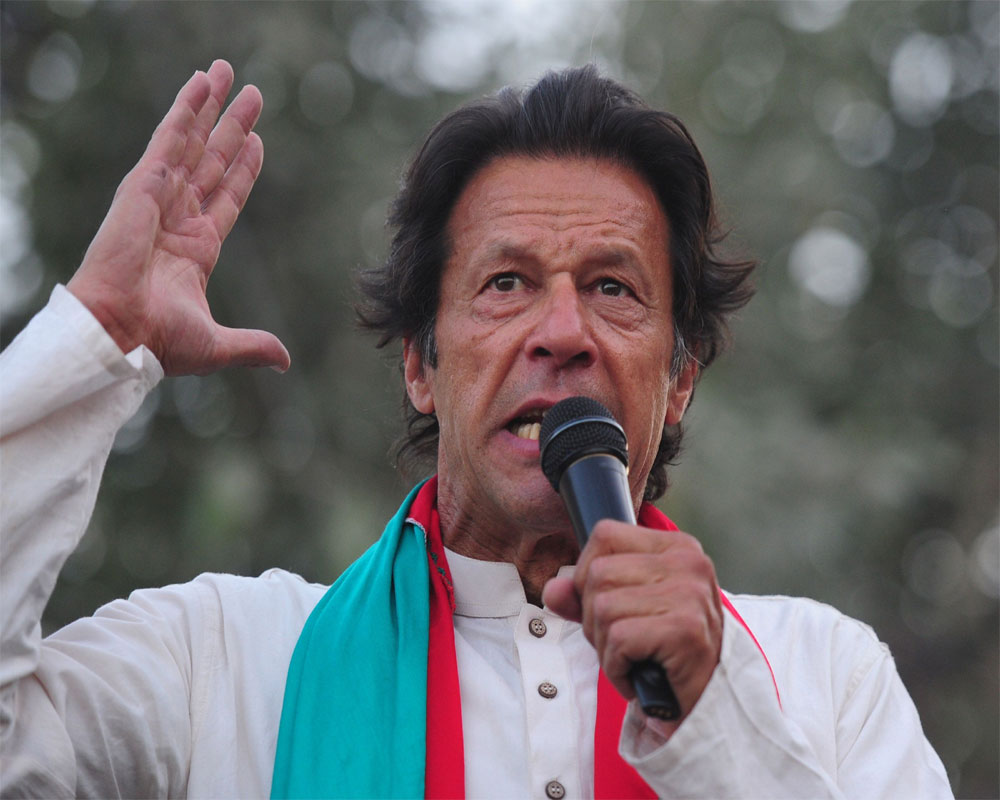 Prime Minister Imran Khan on Tuesday said that he would once again extend a hand of friendship to India after the 2019 Lok Sabha elections as he believed New Delhi rebuffed his offer of talks because Pakistan is an issue in the elections in the neighbouring country.

Speaking at the high-profile Future Investment Initiative forum in Riyadh, Khan said Pakistan wants "peace with all our neighbours particularly India and Afghanistan for regional peace and stability."

"Peace with India would help the two countries to divert their resources towards human development instead of indulging in arms race," Khan was quoted as saying by state-run Radio Pakistan.

Similarly, peace in Afghanistan would help Pakistan to have an easy access to the Central Asian states for bilateral economic and trade activities, he said.

Khan said he had extended a hand of friendship to India, which rebuffed the move.

After assuming power in August, Khan wrote to Prime Minister Narendra Modi suggesting a meeting between the two countries' foreign ministers on the margins of the UN General Assembly in September.

India accepted the proposal but, within hours of its acceptance, terrorists killed three policemen in Jammu and Kashmir, prompting New Delhi to cancel the foreign ministers' meeting on the sidelines of the UNGA.

"He (Khan) attributed this (cancellation) to anti-Pakistan rhetoric raking in votes in India," the Express Tribune newspaper reported, citing the prime minister.

Prime Minister Khan said he would try once again following the conclusion of the general elections in India.

The general elections are due to be held in India next year.

The ties between the two countries had strained after the terror attacks by Pakistan-based groups in 2016 and India's surgical strikes inside Pakistan-occupied Kashmir.

In his victory speech after the July elections, Khan expressed his willingness to improve Pakistan's ties with India and said that his government would like the leaders of the two sides to resolve all disputes, including the “core issue” of Kashmir, through talks.

Speaking at the summit, which is the brainchild of Saudi Crown Prince Mohammed bin Salman to attract foreign investment into the kingdom, Khan said that his government is approaching the IMF and the friendly countries to seek loans to plug the financial gap.

The three-day summit, nicknamed "Davos in the desert", has been overshadowed by raging global outrage over the murder of Saudi dissident journalist Jamal Khashoggi inside the Saudi consulate in Istanbul on October 2.

Several investors and international figureheads have cancelled their plans to attend the summit in an apparent protest against the killing of Khashoggi.

Khan, who attended the summit, is visiting close ally Saudi Arabia for the second time since assuming power in August.