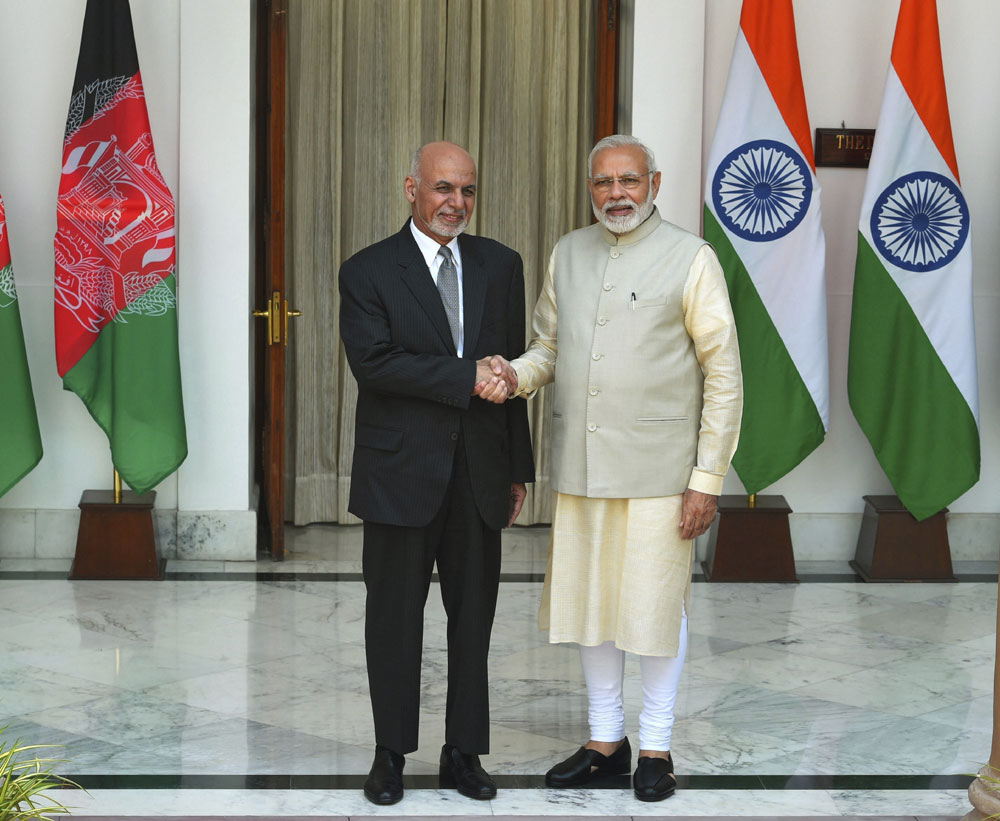 India on Wednesday reiterated its commitment and support to the Afghanistan government's efforts towards an Afghan-led, Afghan-owned and Afghan-controlled peace and reconciliation process.

The two countries also agreed to strengthen their cooperation at various international fora and decided to work even more closely with their regional and international partners for prosperity, peace, stability and progress in the region.

They also expressed determination to strengthen connectivity among the two countries, including through Chabahar port and direct air-freight corridor.

During his visit to India, Afghan President Ashraf Ghani briefed Prime Minister Narendra Modi on initiatives by his government towards peace and reconciliation and also in confronting the challenges of terrorism and extremism imposed on Afghanistan and its people.

Modi condemned terrorist attacks and violence in Afghanistan and expressed solidarity with the people and national defence forces in their fight against terrorism.

He expressed India's "unwavering commitment" to support the efforts of the Afghanistan government to continue as a united, peaceful, inclusive and democratic nation and emerge as an economically vibrant country.

The two leaders reviewed the progress of the multi-faceted India-Afghanistan strategic partnership and expressed satisfaction at the increase in bilateral trade that has crossed the $1 billion mark.

During the meeting, the two countries also agreed to deepen their partnership in the areas of high impact projects in Afghanistan in the fields of infrastructure, human resources development and other capacity building projects.