Rahul to hold fresh round of discussions with Rajasthan CM hopefuls Gehlot, Pilot

Rahul to hold fresh round of discussions with Rajasthan CM hopefuls Gehlot, Pilot 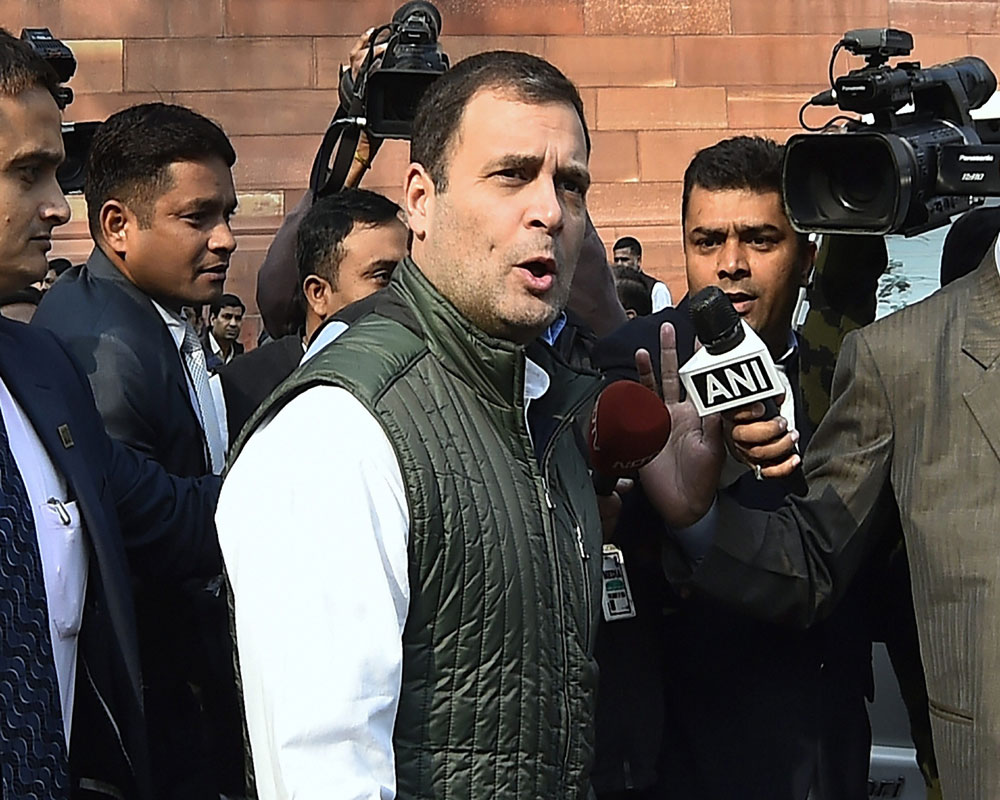 Congress president Rahul Gandhi is likely to hold a fresh round of discussions Friday with Ashok Gehlot and Sachin Pilot, the two chief ministerial aspirants in Rajasthan, before taking a final call for the top post.

The decision of Rajasthan's next chief minister is likely to be taken before noon and will be made public at a meeting of the Congress Legislature Party (CLP) in state capital Jaipur, sources said.

After several rounds of discussions that lasted till Thursday midnight, Congress veteran Gehlot has emerged as a front runner for the top post, while Pradesh Congress Committee president Pilot is being placated in attempts to broker peace between the two.

Party's central observer for Rajasthan K C Venugopal told PTI, "It is up to the Congress president to take a final call and the decision is being awaited."

Congress leaders feel once the MLAs in the state have authorised Gandhi to take a decision on the chief minister, leaders should not challenge the high command and accept the decision.

Pilot, 41, is still reported not on board on Gehlot's name, which is delaying the announcement, the sources said. The PCC chief has put up a stiff resistance and his staking his own claim for the top post.

AICC general secretary in-charge of Rajasthan Avinash Pande told PTI," Congress president heard everyone and after wide consultations he will take the final decision which will be acceptable to all."

Gandhi is likely to meet Pilot and Gehlot, 67, again at his residence in attempts to broker peace, like he did in the case of Madhya Pradesh where Kamal Nath was declared as the next chief minister amid hectic parleys held by the Congress chief with senior party leaders in the national capital  Thursday night.

The Congress leadership want Gehlot and Pilot to be present together at the CLP meet.

Sources said the Congress top brass was upset with the manner in which party workers resorted to arson and violence in the state in a bid to exert pressure on the party to name Pilot.

They said this the first time such incidents have been reported in Rajasthan and the party has taken the matter seriously.

The incidents of violence were reported in Jaipur, Dosa and other parts Thursday following which the Congress leadership asked both Pilot and Gehlot to issue appeal for peace.

The party leaders feel the infighting in Rajasthan should end soon and called an amicable solution in the manner Jyotiraditya Scindia gracefully accepted the Congress's decision in Madhya Pradesh.