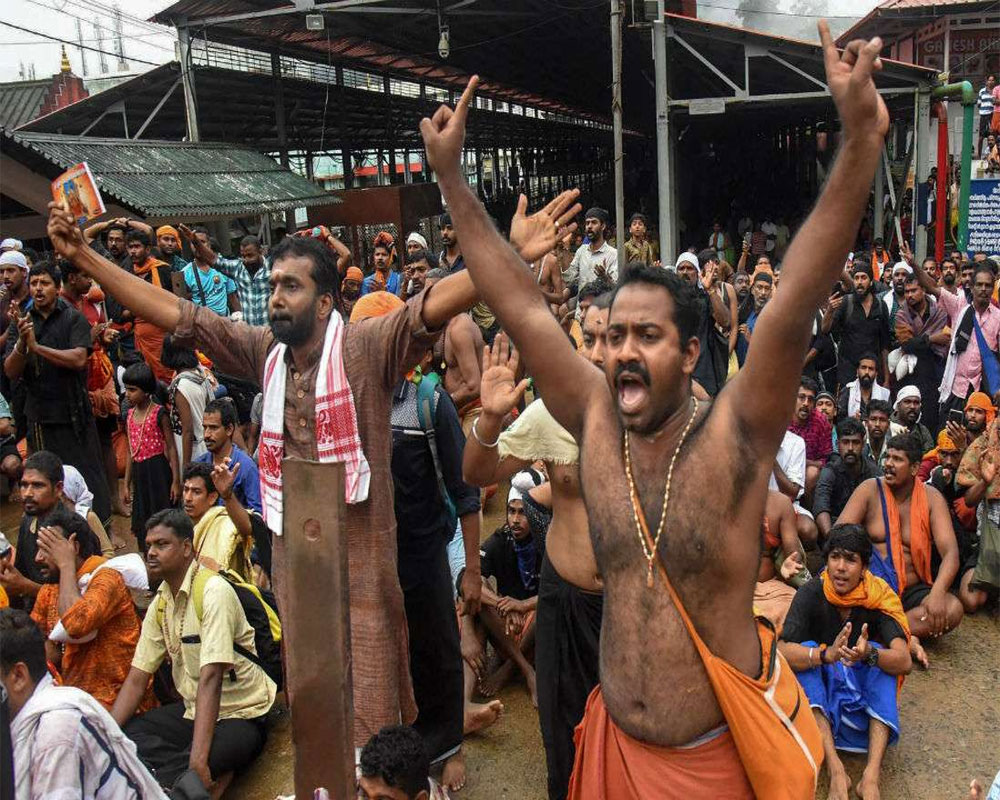 A 55-year-old man, said to be an Ayyappa devotee, attempted self-immolation near the protest venue of the BJP in front of the Secretariat here early Thursday.

The man, identified as Venugopalan Nair, was a native of Muttada near here, police said.

Chanting 'swamiye saranam Ayyappa' mantra, Nair set himself ablaze after pouring petrol over his body and tried to run to the makeshift tent where senior BJP leader C K Padmanabhan has been staging indefinite fast demanding the lifting of prohibitory orders at Sabarimala hill shrine, they said.

However, the party activists and the police, who were present near the venue, doused the fire using drinking water and rushed him to the Government Medical College hospital.

He suffered burn injuries all over the body, but was able to speak, they added.

The BJP is opposing any move to allow women in the 10-50 age group to trek the holy hill for 'darshan' at the Ayyappa temple.

When the temple was opened for monthly and special pujas in October and November, there were massive protests by devotees, following which severe restrictions, including prohibitory orders, were imposed.

On September 28, the Supreme Court had lifted the ban on the entry of menstrual women in the Sabarimala temple.