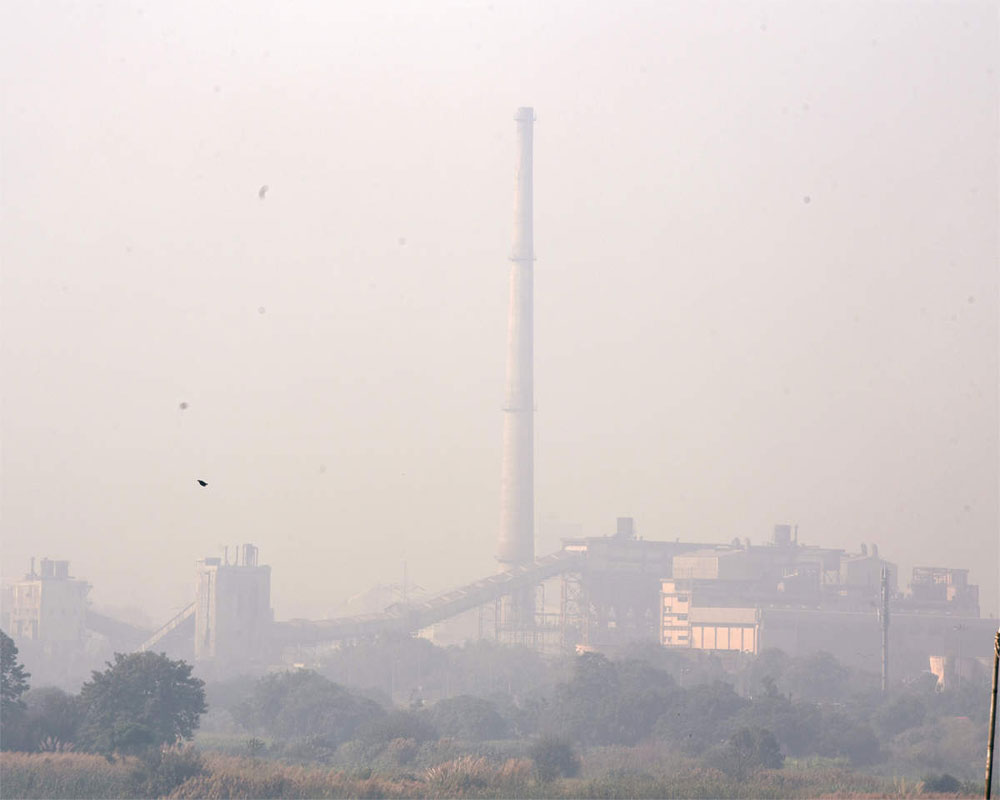 The Uttar Pradesh government Monday asked districts in western part of the state adjoining Delhi to strictly adhere to a three-day ban on industrial and construction activities imposed by the Supreme Court-appointed Environment Pollution Control Authority.

The order was issued to the divisional commissioners of Meerut and Saharanpur divisions and district magistrates of Gautam Buddh Nagar (Noida), Ghaziabad, Hapur, Meerut, Baghpat, Muzaffarnagar, Bulandshahr and Shamli in a letter by Chief Secretary Anup Chandra Pandey.

As the national capital's air quality remained in the 'severe' category for the third consecutive day Monday, the EPCA ordered that industries in pollution hotspots -- Wazirpur, Mundka, Narela, Bawana, Sahibabad and Faridabad -- and construction work across Delhi-NCR remain closed until Wednesday.

The Ghaziabad administration said the ban has been relayed to industries and law enforcement agencies have been asked to take action against violators, while in Noida, all efforts will be made to adhere to the guidelines, officials said.

"The brick kilns have been shut and industries, particularly those in Sahibabad industrial area have been told to suspend work for the next three days," Ghaziabad District Magistrate Ritu Maheshwari said.

She said the administration will monitor the situation and act accordingly, while ensuring action against offenders.

Noida DM Brajesh Narain Singh said his administration was already working on three fronts – penalty, prosecution and arrest – to ensure implementation of the orders of the Supreme Court, the National Green Tribunal and the EPCA  on containing pollution.

"We are issuing fines to violators, we have already prosecuted two government agencies for flouting pollution norms and have even arrested people for defying orders under CrPC section 151. If similar situations emerge, we will use these instruments (penalty, prosecution, arrest) more to ensure compliance to the advisory," he told PTI.

In the letter, the chief secretary reiterated the EPCA's orders and instructed the administrators of various districts to keep the UP Pollution Control Board in Lucknow regularly updated on the actions taken.

"The ventilation index which allows dispersion (of pollutants) is extremely poor and it is expected that these conditions will prevail for the next two days," the EPCA said.

In light of this and the expected weather conditions for the coming few days, the Central Pollution Control Board (CPCB) task force has made these recommendations, which, the EPCA directs, should urgently be complied with.

These actions have been taken on the recommendations of the CPCB, which said the reason the ban is imposed till December 26 is because winds are expected to pick up and the pollution could go down then.