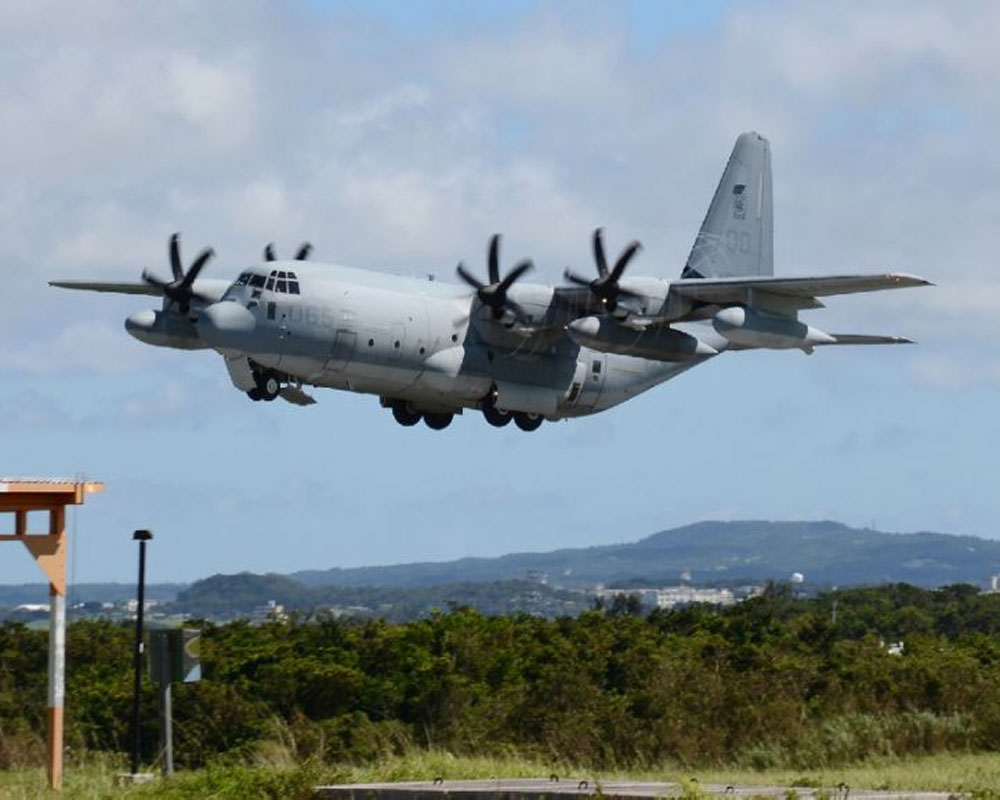 The US military said Tuesday five Marines who had been missing since two planes crashed off Japan a week ago were dead.

The announcement brings the final toll in the December 6 crash to six, with a seventh crew member rescued after the incident.

The crash involving an F/A-18 fighter jet with two crew onboard and a KC-130 refuelling tanker with five crew occurred in the early morning around 100 kilometres (55 nautical miles) off the cape of Muroto in southwestern Japan.

It prompted a massive search and rescue operation, which the US military said had now been called off.

"Every possible effort was made to recover our crew and I hope the families of these selfless Americans will find comfort in the incredible efforts made by US, Japanese, and Australian forces during the search," said US Marine Corps Lieutenant General Eric Smith, commanding general of the III Marine Expeditionary Force.

The accident was initially reported to have happened during a refuelling operation, but the military said Tuesday this had not been confirmed and that the circumstances were still under investigation.

There are around 50,000 US troops stationed in Japan and accidents are not uncommon.

Japanese Prime Minister Shinzo Abe sent a condolence message to US President Donald Trump, saying the deaths of the crew members were "a matter of the deepest regret," according to the foreign ministry.

"Closely cooperating with Donald, I'm determined to further strengthen the bond of the Japan-US alliance and work together to secure peace and stability in the region," Abe said in the message.

In November, a US navy fighter jet crashed into the sea off Japan's southern island of Okinawa. Its two crew members were rescued alive. And in November 2017, a C-2A "Greyhound" aircraft with 11 people on board went down in the Philippine Sea -- eight were rescued and the search was called off for the remaining three.