A reason to laugh out loud

A reason to laugh out loud 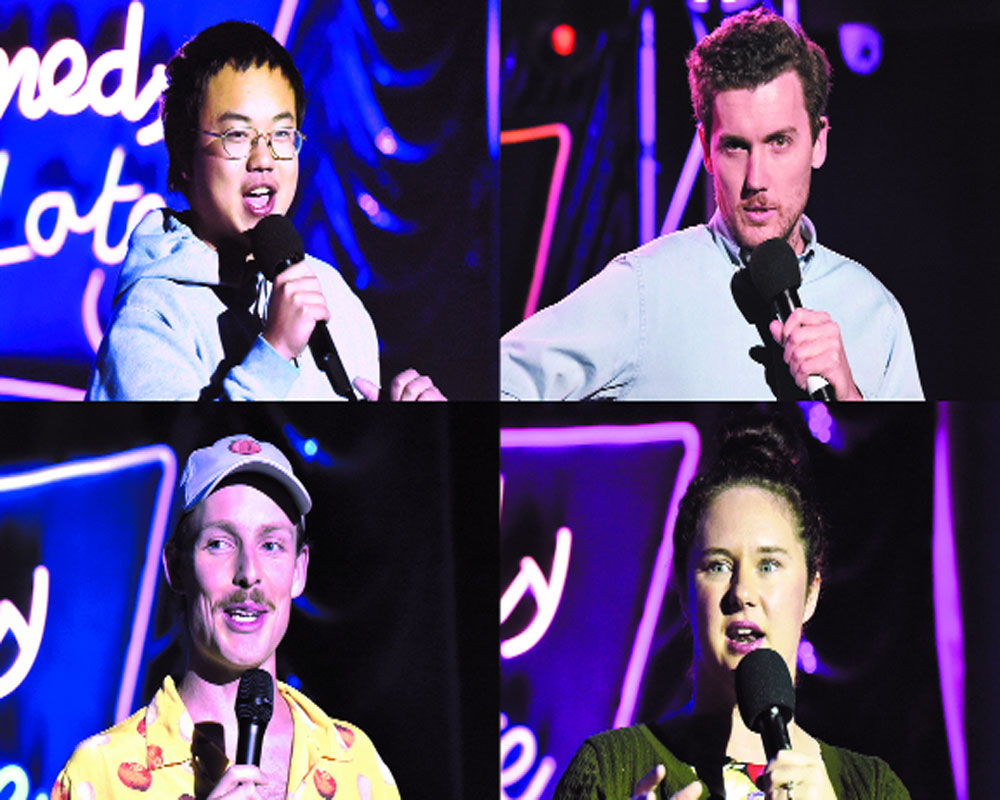 What can go wrong when you bring four Australian comedians to India for the first time to perform on a five-city tour without any cultural references in place? Not much, to be honest, for humour is supposed to set us free. But this could make a good starting point for a joke fest and Daniel Connell, Mel Buttle, Guy Montgomery and Aaron Chen are here to do just that. Countries that laugh together can work together seems to be the motto followed by Australia and India since the Melbourne International Comedy Festival Roadshow has landed in India, hitting Mumbai, Pune, Kolkata and Delhi before a season at the Bengaluru Comedy Festival.

Montgomery thought it would be fun to pun around the word swagat, which means welcome, but it didn’t strike a chord. So they are getting a crash course in local semantics. However, the stand-up comedians are no amateurs. Most of them have worked their way up for close to eight years before getting nationwide fame and their professionalism showed through when they said that on their first day in the city of Mumbai they were headed to an open mic to test their sets. The rest of their day was spent in an interaction with one of the most  famous comics in India, Zakir Khan, sightseeing and eating. Their collective gasps at firecrackers were audible even over the phone. One of them referred to it as a shooting during the course of the conversation. When we switched to talking about their choice of comedy from the Gateway of India and vada pao, Chen said that he prefers a weird kind of comedy while Connell goes for observational.

“I am a big fan of cricket so I am going to be doing a few sets on it since everybody loves it in India. I am also going to talk to people to see what they are into.  I have known about the comedy scene in India through the Melbourne Comedy Festival. Stand-up comedy is new to India and it has been growing over time. There are some 40 comedians in Mumbai but in Melbourne there would be around 150-200 who are famous,” said Connell. “There is a good crossover in acting and comedy in Australia,” he added.

When Connell started his stint as a comedian, he had a day job with the Department of Defence and slowly transitioned into full-time writing and performing. In Australia, stand-up comedy has taken off in the last 30 years and there’s more work that has opened up since then. This is also one space that has been inclusive of diversity. Chen, an Asian Australian, acts and writes for shows. He made his mark in 2017 with his debut solo show The Infinite Faces of Chenny Baby and is known for his absurd comedy. Asked if he faced any difficulties because of his ethnicity, he said that it has been minimal. “In Australia, there are pros and cons. Being Asian, you get many unique opportunities as well and a fan base of Asian people. Sometimes, it is tough because some of your experiences are different from White Australia.  The peers are nice and the audience is interested in hearing new perspectives as well in cities. Some places like in Brisbane can be harder because people don’t really want to hear new perspectives. Sometimes, there’s an odd bit of racism here and there but 99 per cent of the time it’s fine,” said Chen. In India, people have described him as a new-age comedian but he would describe himself as an alternative one. “I make my comedy universal by addressing basic human emotions and being silly. I think people appreciate that,” said Chen.

Like in India, it has become easy for comedians in Australia to cross over into screen-writing and acting. Mel, the only woman on the tour with the three guys, said that she loved the chicken biryani and butter chicken before we delved into a conversation about  her journey as a woman in the industry. “I haven’t had many problems. I have faced issues a few times from mostly old-fashioned comedians who started in the 1980s,” she said. She is one of the few women comedians in Australia but is a seasoned writer with a weekly column in Queensland’s The Courier Mail and has done screenwriting for Please Like Me and This Week Live. She is also the co-host on The Great Australian Bake-Off. “I understand that the internet is a big platform for comedians in India and that is not so in Australia. Khan was kind to us when we met him,” she said. “I talk about myself a lot, my family and my life.  I focus mostly on observational comedy,” she said. “I don’t know what will work and what won’t but I will try to add a few jokes about India and funny experiences to see if I can connect with the audience. We just had a delayed flight and I don’t have my bag, I was in a tuk tuk for the first time. The way they drive is exciting but dangerous and the toilet works in a very different way. I am going to try and incorporate those incidents to my set when I perform,” she said. One of her chief concerns was that people won’t understand her “twang.”

Montgomery, the only New Zealander in the group, said that the Kiwis like to stay grounded and despite fame and success it’s embarrassing to be treated like a celebrity. “It is not celebrated like in other countries but I am looking forward to being treated like one here,” he joked. “People have already taken photos of me and I pretended that it was because they were my fans and not because I was tall and had blue eyes,” he added. “I have been told to talk slower than usual. Even when I do comedy in Australia, New Zealand or the US, I like to talk about stuff that happened that day or recently. Since we’ll be travelling a lot, I will try to do jokes about each city and try and get out of the hotel, walk around the city and experience the culture. I will adapt material for each show. The jokes I have already got are silly and people like silly everywhere,” he added.

(The The Melbourne International Comedy Festival Roadshow will be held at NCUI Auditorium & Convention Centre on November 14 at 8pm.)