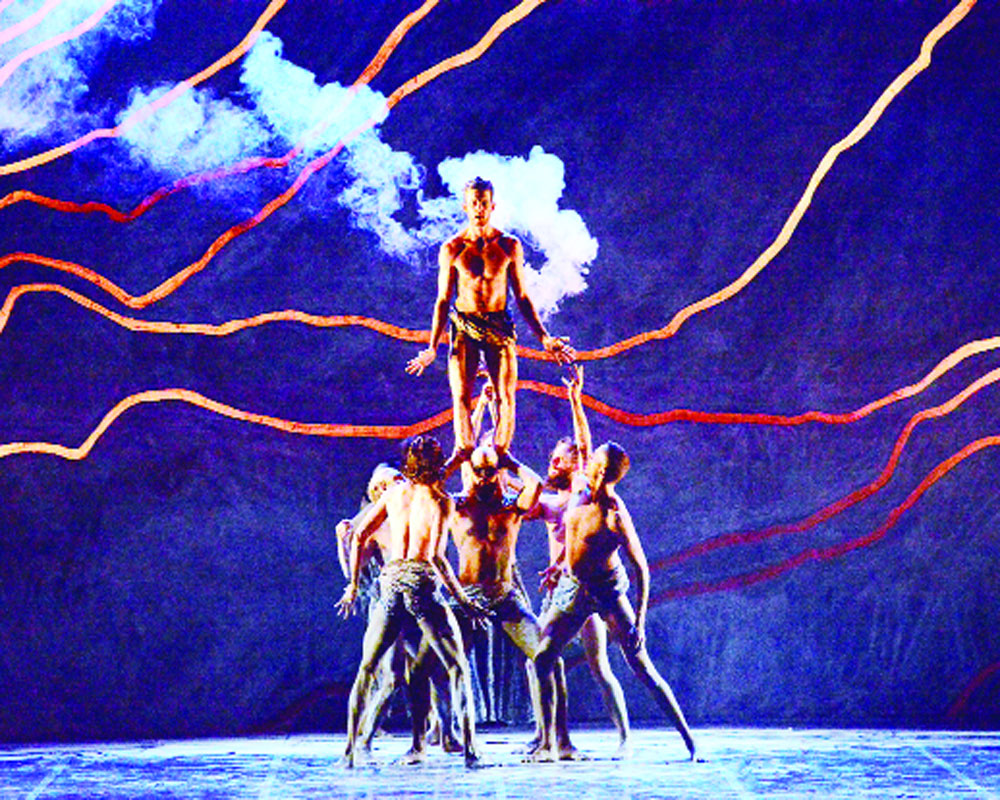 Performance art can traverse continents, bridge differences among communities and trace commonalities but there is a delicate balance that needs to be maintained with respect to the imperative of politics and culture diplomacy. However, that doesn’t mean that one would stop trying. “There is work to be done in Australia in giving the right space to the Aboriginal people, who gained voting rights only in 1976. They then pushed for land rights and recently a change in the constitution was sought but we didn’t have the opportunity to vote on that. The government has been slow to take initiatives but we try through Bangarra Dance Theatre to make indigenous culture accessible, not political but educational. That’s what we’re trying to demonstrate. If you find the right balance, you can really broaden people’s mind and connect. India could do with that too,” said Philippe Magid, executive director of the dance company that had started 30 years ago with the aim to showcase only traditional performance art of the first nation people of Australia.

“Performance art can bring people together and Bangarra is the purest form of reconciliation. We focus on inclusion, changing perceptions and making people understand the oldest living culture in the world needs to be honoured,” he said.

During their India tour, they connected with the tribes of India in Mizoram, Bengal’s Purulia district  and Madhya Pradesh. In the last, they did a workshop with the forest-dwelling community of Baigas, who are spread across Madhya Pradesh, Chhattisgarh and Jharkhand. They also met the Attakkalari dance company in Bengaluru. He mentioned that the workshops could lead to collaborations in the future. “We taught  traditional aboriginal dance and Torres traditional dance. It was about the cultural exchange through dance theory and movement. In fact, a contemporary choreographer in Northeast was interested in working with us in the future,” he said.

The multi-city tour was part of the company’s commitment to Asia for a cultural exchange. After India, they will be visiting Japan, and spending more time in Asia next year.

The performance they brought to India was a mix of contemporary and traditional performance art from different indigenous communities of mainland Australia and Torres Strait islands apart from their older creations that date as far back to 1996. What stood out most were the narrative-based stories of creation. Their style is grounded in the earth unlike ballet, which is more up in the air. They don’t just mix the contemporary with the traditional, the preferred word for folk, they also let the latter shine through between sections. Their specific style evolved over a period of 30 years and has become sought after because of the innovations they factored in.

One of the stories performed was from 2007, about the artist Nyapanyapa Yunupingu, who is a famous indigenous artist Down Under, and is an exploration of how she paints. “We show smoke in an evocative way, which in aboriginal culture is used as a cleansing medium. There are three sections  in which we work with clay that is used to paint the dancers body. One of them is a traditional male dance, warrior style and it transitions woman’s story, which is ethereal and beautiful. Another creation story called Moth, is about its unravelling from a cocoon,” Magid said.

He added, “We are deliberately increasing the number of community engagement activities to set a benchmark for future. We’re proud to share the resilience and strength of Australia’s First Nation people with other indigenous communities and groups and are looking forward to continue our tradition globally.”