The real he for she movement

The real he for she movement 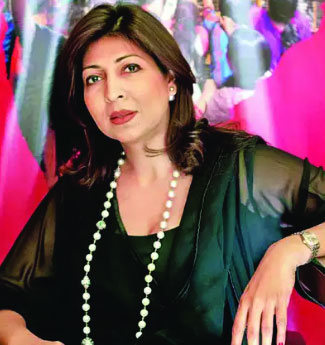 A96-year-old khap panchayat leader admits that it’s time for the winds of change to blow in and that girls need to be nurtured rather than destroyed though he knows he cannot overturn a system that had taken hold for centuries with just one diktat. “Let’s do small things to push the big change,” he says. Meanwhile, a village bard sings against female foeticide at a busy square, encouraged by menfolk out to do their chores. And then there’s a simple father, who wasn’t allowed to  celebrate the birth of his daughter, and has now turned gender campaigner. From the darkest corners of Haryana, filmmaker Vibha Bakshi found ordinary men taking on the extraordinary fight to change the narrative on masculinity. She found her heroes after ridding herself of stigma, her urban myths and by living in that community and building trust. And once she discovered the hidden truth, she partnered with the United Nations to distribute the film to priority countries as part of encouraging the “He for She” movement.

“Unless men are part of the struggle,  we will not win our fight for equality. It’s not about him vs her or us vs them. We’re in this together. This isn’t a woman’s issue, it’s humanity’s issue, so we’ve got to be in this together. When we bring up exclusionist words like feminists, suddenly we find the men are going even further and that’s so not the point,” the Boston-based researcher and filmmaker told us. It was another reason why she did not want a celebrity attached to the project because the moment you add one, the film stops being the star. “The issue is the star here,” she said.

The making of the film is a story in itself as Bakshi, while   scouting for locales, found an ad that read, “Go for foeticide and save millions later.” Essentially that meant, kill the girl before she ends up splitting the property that only boys can lay claim to. “The boy-girl ratio in Haryana is the worst or lowest in the country today. So much so that they are getting girls from tribal villages, from remote pockets like Bihar and Assam, to bear children. These hired brides have no legal rights because they are technically not married, there’s  no paperwork. Can you believe it? She goes from the devil to the deep blue sea.  Such brides are even exchanged with other men once their reproductive role has been fulfilled. Besides, the skewed sex ratio has forced a sense of denial and frustration among men. That is why Haryana also has one of the highest rates of gangrapes in the country. It is a cycle. They started the killing and now they themselves are in trouble. They have no option but to heal themselves and society. I have attempted to catch this surging story.”

Bakshi has consistently made films on stopping violence against women and has been lauded for both her features, Daughters of Mother India and now Son Rise. Dealing with the sensitive issue of the Nirbhaya rape in her first, she realised that it would be impossible to make that film if she was not sensitive with the Delhi Police. “It would have been easy for me to sensationalise and play the blame game. I had the issue of rape, I had cops and that was a deadly mix. But   I made a responsible film and rather than stereotyping the cops as apathetic, I tried to see the case from their point of view and how they, too, were hedged in while handling the case. It was the same with Haryana. With all the notorious statistics and skewed birth ratios, I could have again taken the sensational route but we decided we would leave people with hope when we made Son Rise.”

She hopes that every man who watches this film comes out clapping his hands. “I really hope he claps and says, you know what? If they can do it, I can do it. I’m going to stand up and change the narrative. It’s in the form of documentary. No retakes, everything was found on the ground. I opened the film with honouring the people of Haryana, who were brave enough to break the conspiracy of silence. Everyone in Haryana helped me tell the story. UN is a tough jury to clear. So the fact that they have cleared it gives us more strength and they see a possibility of this film setting off a movement,” she said.  Interestingly, the men, who are part of the film come from different occupations and castes. “We went into remote villages out of the Google map footprint. Yet what was admirable was that men, who had grown up in the underbelly of patriarchy only seeing biases, were able to rise above themselves,” she said.

She chanced upon her subjects at the most unexpected of places. Once while crossing a gaushala, she could hear singing and clapping. “We followed the music and found this bard atop a bullock cart articulating the thoughts of the now dead female foetus.  Full throated, he sang, ‘Oh the killers of daughters, I’m going to come one day and tell the truth.’ So he’s the voice from the womb which will assume physical birth one day. You would not believe it but there was a crowd of a 1,000 people around him,  80 per cent of whom were men. The bard told me that he was quite popular and, therefore, had decided to use his skill to spread social messages because he could entertain and educate. I’m just giving you a single example. This man has been going from village to village with his campaign. Initially, he was doing it himself, today he’s got crowd-funding going on,” she said.

Another person she met was a women’s wrestling coach. He began with an academy for boys but slowly had the girls coming in. “He is not like Mahaveer Phogat who trained girls from his family. He took aspirants from the neighbourhood. He told us, ‘I have allowed girls because truth be told, they’ve done better than the boys at competitions and so we’ve got to change.’ Still he was criticised by villagers, who said he had defiled a man’s sport. The man runs a full-fledged community akhara, where you see fathers dropping their daughters, waiting patiently while they practise, feeding them almonds and doing whatever it takes for the girls  to succeed. Then we came upon a village chief who on the birth of his daughter gave money to the nurses. But the nurses said they could not accept it since it was not the custom to celebrate a girl’s birth. If it was a boy, they would have asked for double. He told us how on a joyous occasion, society reminded him of his place as the father of a daughter. He vowed to change the mindset and is now one of the biggest crusaders to stop gender-based killings,” she said.

These men risked social ostracisation and even banishment to take up this tough fight. “It’s time now for the men to step up. Otherwise it’s never going to happen. But for that we have to try and understand their contexts too. When we went to shoot we didn’t start filming immediately. Once the relationship was established, they completely understood the intent and emotion. And felt they had the authorship of their story,” added the filmmaker.

For Bakshi, this was her toughest story to tell since she was the only woman in the group. “We were advised to travel in one big van, just from a security point of view. But every time we stopped at a motel, my character assassination was done on the spot. Like if something happens to her, it’s worth it. She deserves it because she is travelling with eight men,” she said. She took long to break the ice, at first not making direct eye contact with the men sarpanches. Three months later, the actual conversation started. “Then they were leading and taking me everywhere,” she said.

Bakshi is still in touch with these maverick men and hopes that with the UN partnership, their voices will get amplified. “Bas ab bohot hogaya! We have seen change in Haryana of all places. That has made me hopeful. I have kept the producing rights,  so that the film can be screened for the social good and not be hijacked by somebody else’s agenda. It must reach as many people. We are very confident that one million pledges will be collected next year to change the way for the girl child. These men have pledged to change the narrative in whatever way they can. For their mothers, wives, daughters or sisters or friends,” she said.

Asked if she saw a mindset change happening, Bakshi said, “I had access to the biggest and the most influential khap leader. He told me how the oldest member among them, a 96-year-old patriarch, had said that change must happen to stop foeticide and shaming offenders was the only way things could work. I realised that if you want to do the right thing, it doesn’t matter what generation you belong to. That leader could barely stand. But he said ‘the time is now.’ What is most significant is that this change is organic and has happened without any exposure to the outside world. The men have have changed because of their latent humanity.” .

Bakshi found that the khaps also had to take care of their own dynamics. “There are khaps which are regressive but this leader wanted a change. What happens is that these insular outfits  also have to work with society and if they radically change overnight, they will  be rejected completely. So they need to plot their moves carefully. The change has to be gradual. I had confessed to them how alien I thought them to be. When we both gave an inch, we got close and by the end there was laughter,” said the filmmaker, who has used Bollywood technicians to tell her unconventional story.