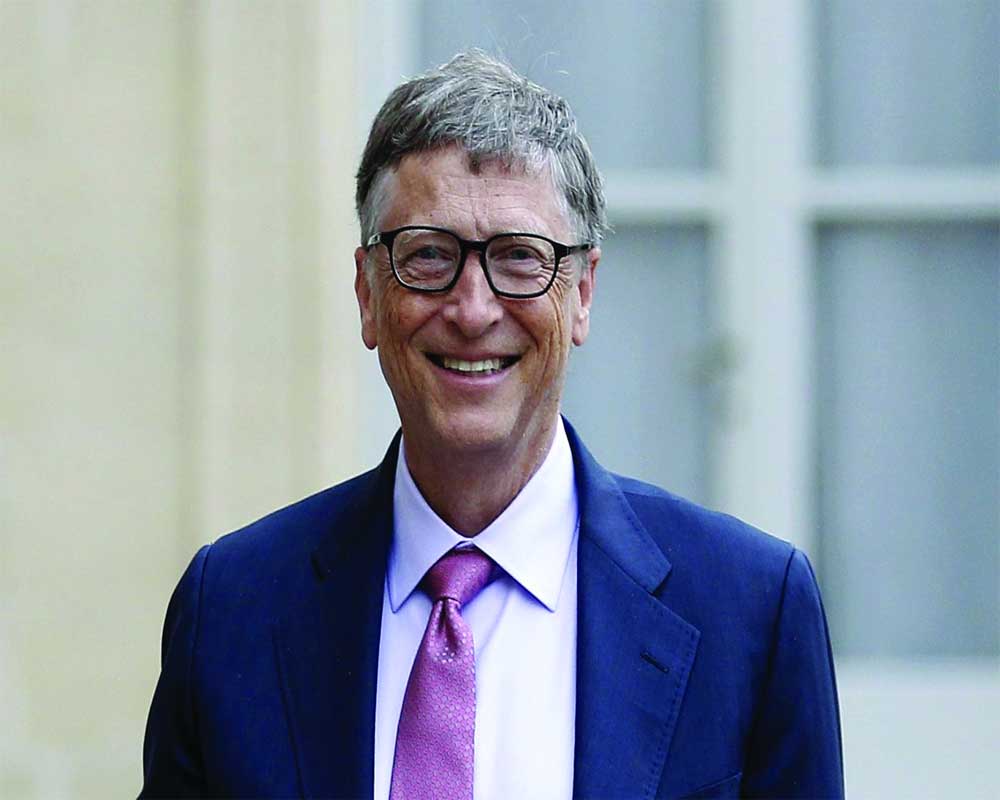 India has the potential for “very rapid” economic growth over the next decade which will lift people out of poverty and allow the government to invest in health and education priorities in an “exciting way”, billionaire philanthropist and Microsoft co-founder Bill Gates has said.

In an exclusive interview to PTI, Gates, the world’s richest person, specifically complimented India’s Aadhaar identity system and the country’s performance in the financial services and pharma sectors.

The positive outlook by Gates for the Indian economy, Asia’s third largest, comes at a time when it is reeling under major slowdown amid apprehensions that the cycle may last for a longer period.

“I don’t have any knowledge about the near term, but I’d say over the next decade, there’s potential for very rapid growth, which will lift people out of poverty and allow the government to invest in health and education priorities in a really exciting way,” he said.

On Friday, 64-year-old Gates, with a net worth of USD 110 billion, regained the position of the world’s richest person surpassing the Amazon Inc’s Jeff Bezos. The Microsoft co-founder has so far donated over USD 35 billion to the Bill and Melinda Gates Foundation for poverty reduction and social development programmes in various countries.

“... Everybody hopes that there’s really good growth because the potential is certainly there for India to have high growth,” he said. Gates is currently on a three-day visit to India to review the work of his foundation in the country.

India’s economic growth slumped to an over six-year low of 5 per cent in the first quarter ending June this fiscal due to slower consumer demand and private investment.

The slump in growth has prompted many global agencies to cut India’s GDP growth projection by various degrees for 2019-20.

“Well, in all of our areas, India’s been a key place where we find innovators and financial services. It’s fantastic the way that the Aadhaar identity system and the overall UPI system is gaining adoption, and there’s some great lessons out of that work,” he said.

“We partner with people like Nandan Nilekani to think, okay, how do the lessons from India apply to other countries for things like digital identity or financial services,” he said.

Gates also complimented India’s pioneering work in vaccine manufacturing, saying the country has made impactful contribution in improving peoples’ lives. “When people think of India, they think of the IT services and the great work done there. Less visible but certainly very impactful for improving the human condition is the great work done by the vaccine manufacturers, whether it’s Serum, who’s the largest, but a dozen others — Bharat Biotech, Bio-E, a number of companies,” he said.

“It’s incredible that about half of the (vaccine) units — not in the dollar volume, but the unit volume — comes out of India, and that’s really helping us get the vaccines out to more and more children, because the manufacturing is done in a very efficient way,” Gates said.

“And so, in some ways, India can look at that, as it has goals to do broader manufacturing, like, okay, what was done in this vaccine area that is allowed it to be the world leader,” he added. In the last one decade, the Bill and Melinda Gates Foundation has been working in areas of health-care, sanitation, agriculture and financial services for the underprivileged people in India.

The foundation’s partnerships with Indian manufacturers have led to development of affordable efficacious vaccines which has enabled different countries to introduce these vaccines, said an official of the foundation.