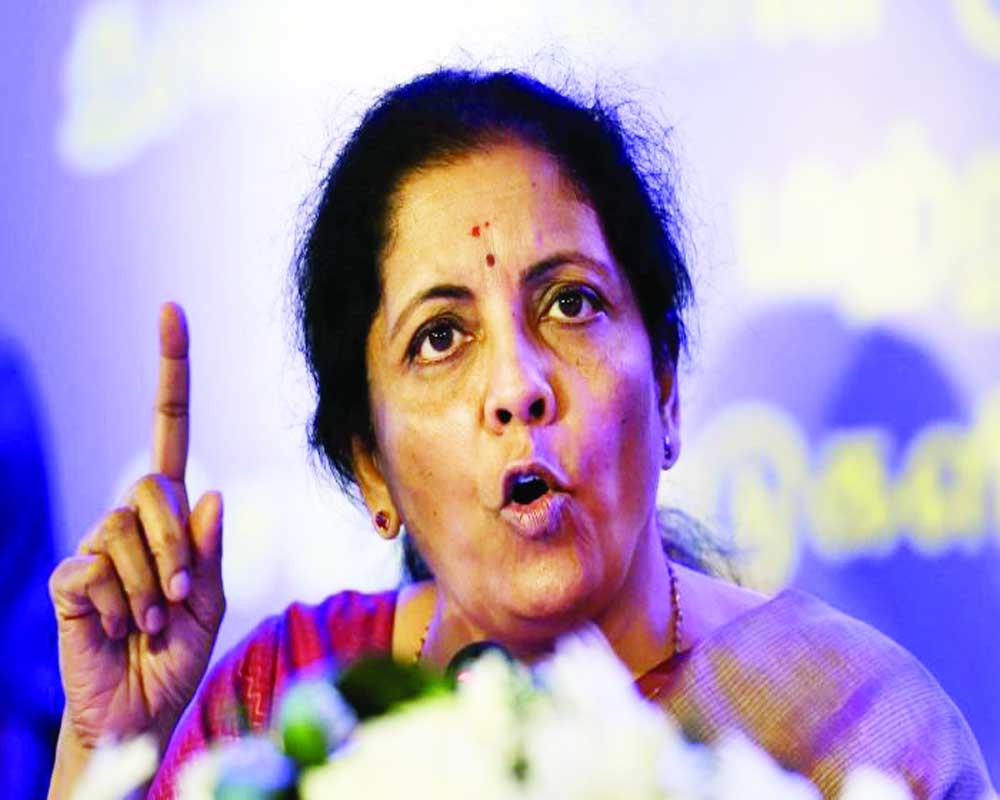 The task force set up by the government to boost investments in infrastructure projects is in the process of identifying sectors requiring funding from the Centre, Finance Minister Nirmala Sitharaman said here on Tuesday, while stressing the need to speed up spending.

"Government spending has to be speeded up to boost consumption. The best spending (by government) will be on infrastructure.

We have (already) announced Rs 100 lakh crore and that is the amount, which I think has to be speeded up for infrastructure related projects", she said.

Sitharaman was briefing reporters on 'Furthering India's development - 100 days of Bold initiatives and decisive actions of the Government of India.'

"I have appointed a task force to speedily identify the projects so that money can be front loaded", she said.

The Minister said the Committee (or the task force) has commenced work and was in the process of identifying those projects which would receive the funding (Rs 100 lakh crore).

The task force, comprising secretaries from various ministries, other senior officials and the Niti Aayog CEO, would identify technically feasible and financially viable infrastructure projects that can be initiated in 2019-20, she said.

Sitharaman said that the government, as part of its move to make India a USD 5 trillion economy, has chalked out various measures, including infrastructure spending and merger of public sector banks, among others.

Asked whether the government was confident of achieving the targetted USD 5 trillion economy with the Gross Domestic Product at five per cent at present, she said the GDP going up and down was normal and recalled that it had happened even during the UPA regime in 2012-13 and 2014-15.

"But I am not taking it as granted. I want to improve and (am) taking steps. One solace now is that inflation is under control.

Food inflation (earlier) crossed 10 per cent But now it is 3.1 per cent. From 2014-till date, it did not touch four per cent. While worrying about the five per cent GDP, also look at the inflation rate", she said.

She said the current focus would be on how to increase the GDP in the coming quarters.

On increase in gold prices, she said government was importing gold to meet local demand and consumers were also looking at it as an investment option.

"Apart from the demand, other factors like crude oil price increase and the (fluctuating) USD rate have also led to increase in gold prices", she said.Asked how the government was infusing confidence among the business community, given the current slowdown, she said one measure was by interacting with them and addressing their issues sector wise.

"All of us are constantly interacting with (each) sector. This is not just in Delhi, we are actively doing all around the country.