A bestseller on the cards

A bestseller on the cards 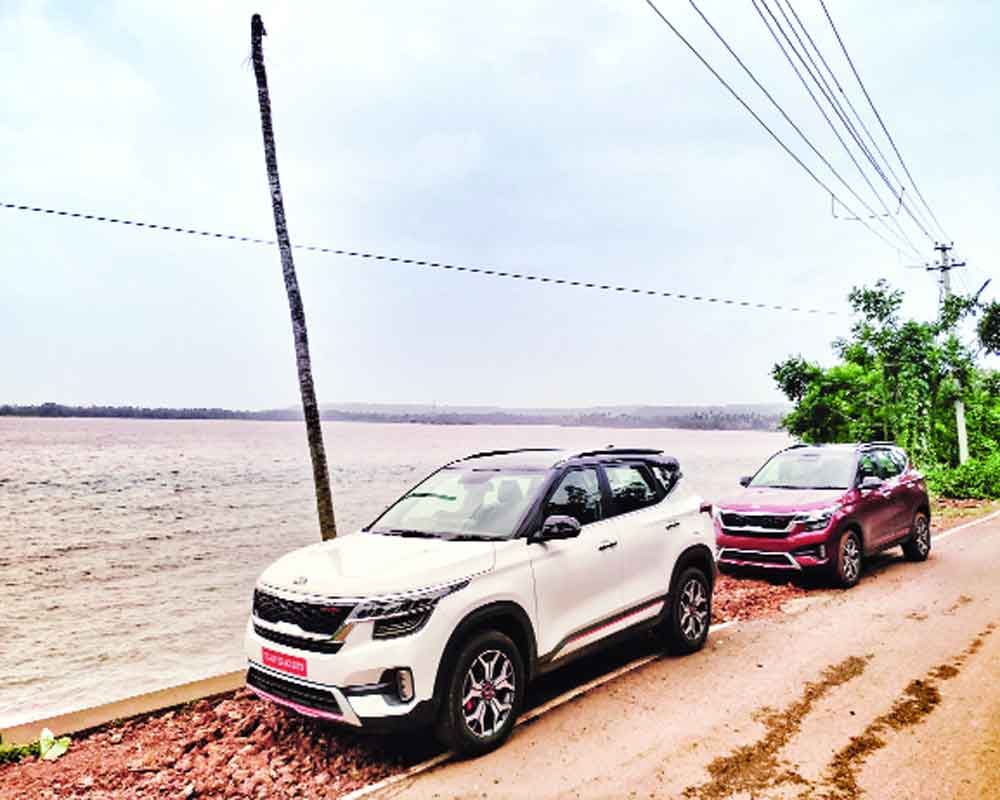 Despite the current sales environment for the Indian automotive industry, there has not been a lack of enthusiasm by new car manufacturers and brands to enter India. Earlier this year, French carmaker group PSA said that it would enter India with Citröen. The Chinese carmaker, SAIC, just launched the MG Hector and now Korean carmaker Kia is coming to India with Seltos later this month and that is the subject of our review today.

But before I start, these decisions and the fact that two new large factories are adding a lot more manufacturing capacity into India is a sign of long-term optimism for the Indian industry. This is despite the cuckoo-brained electric push by the Niti Aayog. And as far as market launch products go, the Kia Seltos is an outstanding product.

Many folks have criticised Kia for being just a glammed-up Hyundai and that the Seltos a Creta. Well, indeed, but a couple of things. The Seltos has some pretty good swag and certainly looks the part, and the make-up is rather functional too. Also, this is the next-generation Creta platform and the Hyundai bestseller is being updated in India only in April next year. The new platform also means new engines, the Seltos has three. A 1.4 turbocharged petrol GDI with 140PS optionally mated to a seven-speed Dual-Clutch Automatic, the same platform (bigger engine) as the Hyundai Venue. There is also a standard 1.5 petrol and 1.5 diesel, both new engines from the company producing 115PS. The petrol has a constantly variable transmission option and the diesel — a six-speed torque converter automatic option. I drove the manual variant of the diesel in the top trim level with all the toys such as the BOSE audio, sunroof and also the GDI engined Seltos with the DCT.

The diesel is a peppy engine with a lot of get-up and go. Gearshifts are smooth, the car never feels like it is gasping. The DCT though, much like on the Venue, is like a small puppy of an engine, enthusiastic and always wanting to perform. The gearbox brings out the best in it. In Sport and even in Normal drive modes, it wants you drive it enthusiastically, which while not great for fuel economy, allows you to smile. And even if you’re keen with the Seltos DCT, you will still get around 10 km per litre. The only gripe I have with this model is the lack of flappy paddle shifters. But this is a smart transmission and it was a rare occasion when it got puzzled about what to do.

The car’s ride and handling is excellent, the steering might feel a bit artificially ‘hefty’ on the Sport mode but it’s easy to move the car around obstacles and it doesn’t lose the plot with sudden steering inputs.

We were driving the Seltos in Goa, not my favourite driving destination in the world with its narrow roads and even more dicey in the pouring rain, with far too many locals on motorcycles. But Goa does offer, if you know your way around, a whole buffet of roads. You have your twisty hill sections and undulating straights. You have your four-lane highways and narrow village roads with a truly insane amount of traffic, almost every driving condition you could imagine. On top of that, the poor road conditions on some village roads and the fact that several Goa panchayats have built speedbreakers but not marked them properly meant that one could give the Seltos suspension a workout. The Seltos handles, rides and drives well. It makes the next part a bonus really because the Seltos has possibly the best interiors particularly with the level of kit of any car in its class and even some above it. The 10.25 inch high-resolution screen is actually good and when you’re playing around with setting and even music, it is not laggy in any form. The screen leads into the instrument cluster the centre of which has a full-colour information display. The top variants also have a heads-up display (HUD), which while being amazing and an awesome gimmick, is slightly redundant. The seating position, both front and rear, is good as is the luggage capacity. The Seltos also comes with an integrated air purifier, which you can control from the front or rear. Like almost every other car manufacturer, there is also an application called UVO. It allows you to control aspects of the car, including remotely starting it and setting the air-conditioning before you even step inside it.

Many people have found the exterior of the Seltos to be quite appealing but it was the interiors that sold me. Everything works with the car, it looks good, it drives well and the cabin is a great place to be, even if you’re stuck in a traffic jam, the mood lighting should help your mood after all. I’m pretty sure that we will end up seeing many of them on the road, so it would help if we could work out the plural form just. Given the Greek root of the name, I’d think it should be Seltosii.